Wearable electronic devices for monitoring health conditions such as heart rate and calorie burn are becoming increasing common. But most commercial wearables only measure one signal, such as steps or heart rate, and most don’t measure the body’s chemical signals. Until now. 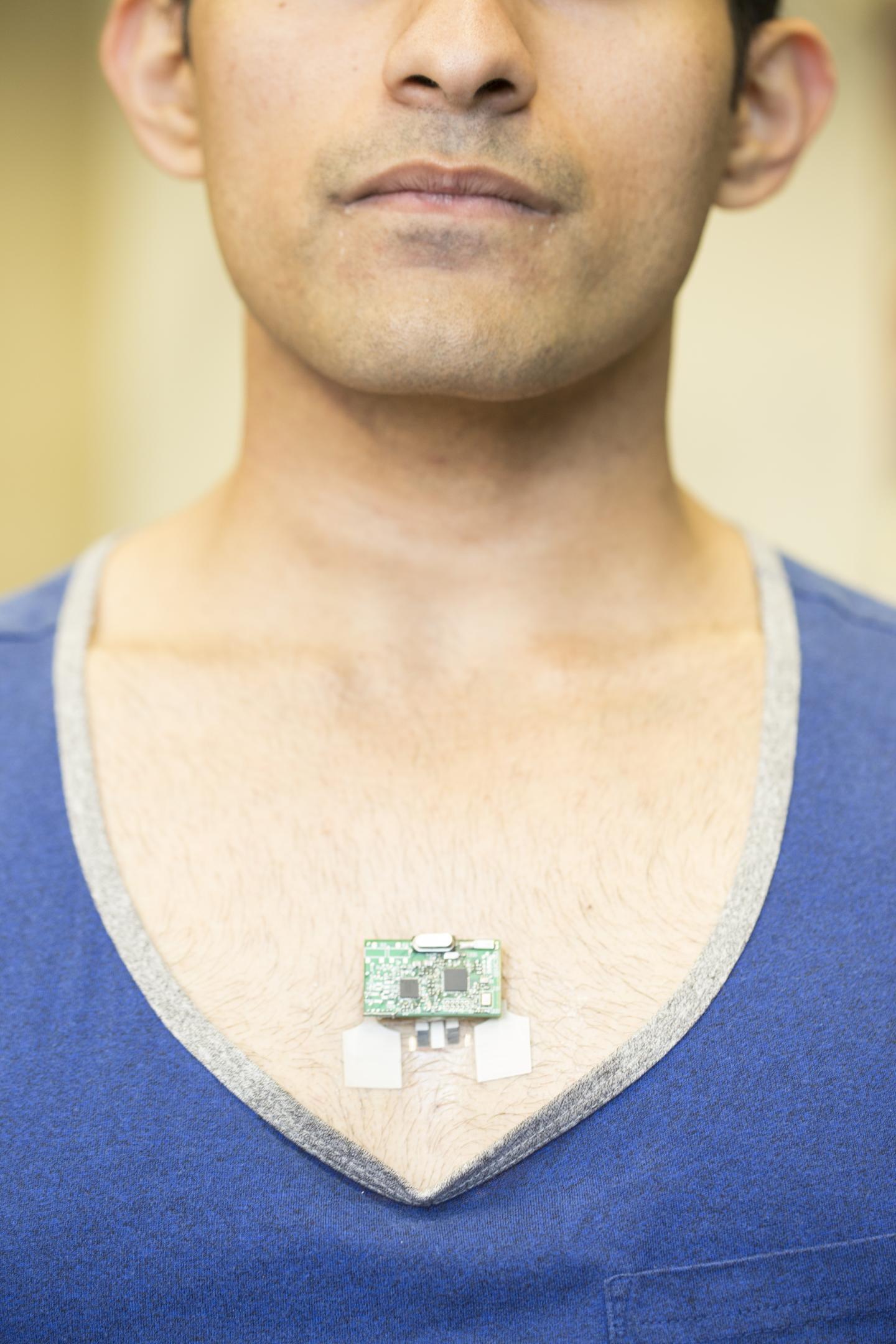 Engineers at the University of California San Diego have developed the first flexible wearable device capable of monitoring both biochemical and electric signals in the body. The Chem-Phys patch records in real time electrocardiogram, or EKG, heart signals and tracks levels of lactate, a biochemical pegged to physical effort.

The small electronic patch can be worn on the chest and communicates wirelessly with a smartphone, smart watch or laptop. The new device has a broad array of applications, from athletes tracking their workouts to physicians monitoring patients with heart conditions.

Nanoengineers and electrical engineers at the UC San Diego Center for Wearable Sensors collaborated to create the device, which includes a flexible suite of sensors and a small electronic board. Their biggest challenge was making sure that signals from the two sensors didn't interfere with each other.

The lactate sensor works by applying a small voltage and measuring electric current across its electrodes. This current can pass through sweat, which is slightly conductive, and can potentially disrupt EKG measurements. So researchers added a printed layer of soft water-repelling silicone rubber to the patch and configured it to keep the sweat away from the EKG electrodes, but not the lactate sensor.

The sensors were then connected to a small custom printed circuit board outfitted with a microcontroller and Bluetooth Low Energy chip, which wirelessly transmitted the data gathered by the patch to a smartphone and a computer.