Human touch and voice increasingly provide the inputs that bring electronic systems alive, providing the means by which humans interact with the devices. Now Zhenan Bao, professor of chemistry at Stanford University, and a team of engineers have reversed the process and found a way for electronics to provide input to the body by simulating the sense of touch (Figure 1). 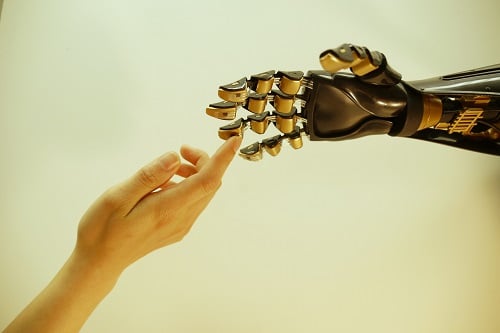 Figure 1. The artificial “skin” developed by researchers at Stanford University promises to overcome the limitations of prosthetics and medically restore the sense of touch by making electronics the body’s interface with the external world. (Source: Stanford University)

In the human body, thousands of sensors distributed in the skin called mechanoreceptors enable the sense of touch. In response to pressure, the mechanoreceptor produces electrical pulses that are transmitted to the brain, where the signal is interpreted. The degree of pressure determines how frequently the pulses are produced. Large pressures can produce several hundred pulses per second.

The research team has created artificial "skin" that mimics this process and can sense the touch of an object and transmit a signal to the nervous system, allowing the body to “feel” the touch. This organic digital mechanoreceptor represents the first step toward developing sensor-enabled electronic fabric that can provide prosthetics with the means to replicate skin's sensory functions and allow the body to experience the sensation of touch.

“We have achieved a proof of concept that we can convert sensory information into signals that can be interpreted by the brain,” says Alex Chortos, a PhD student and member of the research team. “Making a sophisticated and fully functional prosthetic skin will require substantially more work. We need to improve the stability and durability of the circuits. Real skin has more sensory functionality than just pressure, and we would like to eventually implement sensors for other types of stimuli, including stretch and temperature.”

To bring life to the artificial “skin”, the researchers created the Digital Tactile Sensor, or DiTact. This sensing system combines a pressure sensor, organic oscillator, and neural interface in a two-ply plastic-rubber construct (Figure 2). The sensing layer measures the pressure applied to the artificial skin, and the oscillator and neural interface in the second layer convert the sensor information into signals that can be interpreted by the brain. 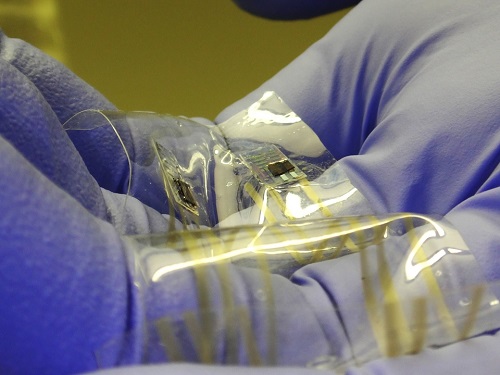 Figure 2. The Digital Tactile Sensor developed by Professor Zhenan Bao and her research team is based on a two-ply plastic-rubber construct, embedded with circuitry produced by an inkjet printing process developed at Xerox Palo Alto Research Center. (Source: Stanford University)

“The challenge was to find a way to get the sensor to output signals compatible with the nervous system,” says Chortos. To do this, the team had to engineer a sensor that had the right pressure range to mimic the sensitivity of human skin and the capacity to produced a signal with electrical properties compatible with the oscillator in the second layer.

The top layer of the construct consists of a plastic-rubber mixture, shaped in a waffle pattern and embedded with billions of carbon nanotubes (CNTs). This combination allows the layer to measure the pressure applied to the artificial skin and generate a corresponding signal. The waffle pattern increases the pressure sensitivity of the plastic-rubber mixture, and the CNTs enable the flexible material to conduct electricity provided by the system’s battery. As pressure is applied to the artificial skin, the CNTs move closer together, increasing their conductivity and allowing more electricity to flow through the device. The greater the flow of electricity, the greater the force experienced by the “skin.”

To tune the sensor’s output signals to be compatible with the nervous system, the signals had to fall within a particular frequency range. The researchers achieved this by tailoring the CNT concentration in the plastic-rubber mixture to produce the right level of conductivity. The sensitivity of the sensing layer falls within the range of ~0.5 to 0.05 kPa-1 as measured by the resistance. Based on the outputted frequency, the sensitivity for the DiTact is ~5 Hz/kPa.

An Interface for the Body

The second layer of the device contains a flexible electrical circuit produced by an inkjet printing process developed at the Xerox Palo Alto Research Center. In this layer, the organic oscillator creates electrical pulses and passes them on to an edge detector, which converts the oscillating signal into short voltage pulses. The voltage pulses turn an LED on and off, and the light is relayed to neurons in the body. The flashing light causes the neurons to turn on and off, creating the sensation of touch (Figure 3). 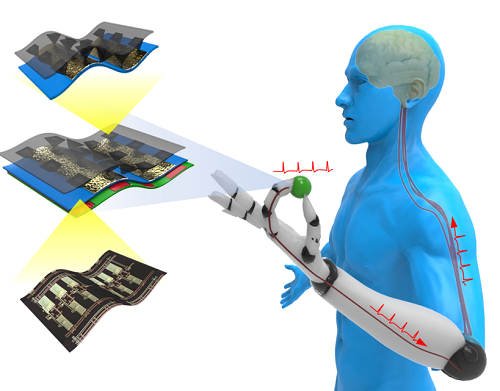 Figure 3. Stanford’s artificial skin translates physical contact with objects into pluses of light that can interact with neurons in the body to create the sensation of touch. (Source: Stanford University)

It is important to bear in mind that at this stage of the DiTact’s development, the researchers are using optogenetics to stimulate the nerve cells in a Petri dish. They did this as a proof of concept that the frequency signal from the sensor was compatible with the way that nerves communicate. The final piece of the puzzle — enabling peripheral nerve stimulation using optogenetics —still has to be developed.

The researchers envision that the artificial mechanoreceptor concept will inspire the development of technology that can be used in advance brain-response prosthetics, providing a natural sense of touch. But the technology has the potential to impact other applications.

“The unique attribute of the work is that it produces signals that can communicate with brain cells,” says Chortos. “The pressure sensor technologies that the Bao lab has developed could be useful for things like wearable electronics, robotics, and automotive applications, while the technology that was used for the flexible sensor layer could potentially be used for things like wearable electronics or flexible displays.”