Automotive innovation no longer resides solely in the hands of the automotive manufacturer, but has shifted its focus increasingly to electronics, which has become as important to consumers as traditional car buying considerations such as horsepower, style and reliability. This shift is being driven by consumer demand and government mandates for better energy efficiency, lower emissions and advanced driver assistance systems (ADAS). It is also being driven by consumers' desire to safely access content and entertainment within the vehicle.

This shift in consumer preference has increasingly precipitated a shift in the U.S. auto industry's center of gravity from its traditional home in Midwestern Detroit to the Silicon Valley, where the bulk of the world's electronics innovation still takes place. Many U.S. automakers and suppliers have for years maintained research labs in the Silicon Valley, including General Motors, Ford, Denso, Delphi and, of course, Tesla. Foreign companies such as Toyota, Honda, Volkswagen, Nissan, BMW and Mercedes-Benz also have an R&D presence in the Valley. 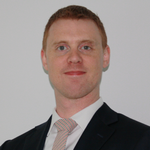 Jeremy Carlson“Many [automotive] OEMs and suppliers have set up some sort of presence in Silicon Valley, but not all have done so and some may prefer to keep their technical and long-term technology planning closer to corporate headquarters,” says Jeremy Carlson, senior analyst for automotive technology at IHS. “Further, not every investment is created equal—some have dedicated a lot of resources to their presence and some may have only a small team.”

But beyond the presence that automakers and their suppliers themselves have in the Valley, much of the innovation critical to the auto industry’s present and future is coming out of Silicon Valley based semiconductor firms, which are increasingly supplying a greater number of chips for new vehicles.

Whether it is driving, as a passenger, or even carpooling a vehicle, many people today want to interact with their electronic devices. “[Consumers] expect to carry the experience into the car and have grown to expect getting content quickly, an easy user interface, outstanding audio performance and more," says Drue Freeman, senior vice president of global automotive at NXP Semiconductors. OEMs, Tier 1 suppliers and electronics developers have to meet those needs, he adds.

As for energy efficiency, it is obvious that hybrid and electric vehicles require electronic control systems and software to manage power, battery state and health. For example, the Chevy Volt plug-in has 10 million lines of code overall, compared to 6.5 million for avionics and support systems on the Boeing 787 Dreamliner. But even with conventional internal combustion engines, automakers are continually wringing out more economy and lowering emissions. Freeman is quick to point out that electronics are vital in those efforts.

It can be argued the exponential-like growth in automotive electronics is being spearheaded by development of driver assistance systems. These

But developmental progress in the realm of ADAS is happening faster than some have anticipated.

"It wasn't clear just a few years ago, what would be the [prevailing] sensor technologies,” says Martin Duncan, director of microcontroller and ADAS at STMicroelectronics. “Radar, lidar [laser ranging] and vision-based systems [were in contention].”

This landscape has been sorted out, based on price point and capability, such that radar dominates detection out to 300 meters (m), while vision systems see to 100m and distinguish objects, Duncan says. The latter are being spurred by improved CMOS-based vision sensors for greater resolution, which would be required for more autonomous driving, Duncan adds.

CMOS technology is also impacting automotive radar, notes NXP's Freeman. "Today, radar is being done in silicon-germanium or gallium-arsenide, which are high-frequency but expensive, multi-chip solutions," he says. "To provide 'radar for the masses,' technology has to be lower cost, like CMOS, integrated with baseband processing [resulting in] a smaller form factor."

Extracting useful information from such sensors has not been possible without concurrent increases in available processing power to make sense of all the data quickly enough to be useful—and safe.

"A key technical challenge is the integration of so many discrete components and systems that exist today into an aggregate that not only behaves as one collective organism but also learns and adapts on the fly," Carlson says.

Likewise, regarding vision system processing for greater autonomous driving, STMicro's Duncan feels more than raw processing power needs to be addressed. "We have to have radial changes in how we do computer vision," he says. "Right now there are two approaches, which will have to evolve into a hybrid of both."

The first approach is the Google solution of recording and storing the environment (i.e. mapping), then comparing this to the database while driving, Duncan says. The second approach involves using sensors to look in real time at what is going on directly around the vehicle, including reading road signs.

The hybrid approach, Duncan says, enatils directly sensing the environment as the primary method, with mapping information coming from the cloud being updated from the vehicle sensing information.

The communications infrastructure needed for greater cloud-based autonomy can also be leveraged for direct vehicle-to-vehicle (V2V) connections as well as driving-environment alerts from highway sensors or transportation authorities (vehicle-to-infrastructure or V2X).

"Every car would act as a sensor, transmitting data to others," says STMicro's Duncan. He notes the IEEE 802.11p standard for Wi-Fi vehicle networking is already in place, and in early deployment, installation of roadside repeaters to extend communication range will likely take place in urban areas where networking will be most useful.

V2V communication will make a driver aware of conditions (i.e. traffic and slowdowns) beyond the line of sight, such as around curves or at blind intersections, adds NXP's Freeman. "The car will know to brake, and take response, before you do," he adds.

However, such vehicle networking brings about security concerns. "A significant challenge is how to secure that car so that it can operate safely in the face of disruption either by an internal or external event," says IHS's Carlson.

"It's scary to think a car's communications could be hacked, not just for mischief, but affecting safety or even attempted hijacking," says Duncan.

Freeman agreed regarding nervousness about hackers getting control of vehicles. "But security will enable [vehicle networking]," Freeman says. "The 802.11p standard has a security microcontroller element built in, which is similar to the 'chips' being integrated into credit cards [rolling out in the U.S. and having widespread use in Europe]."

Ultimately, increased driver and vehicle awareness brought about by V2V and V2X networking will save lives, Freeman adds. The technology is in various road trials today. Next year, Cadillac will offer the first production car incorporating NXP V2V chipsets. And in 2017, U.S. regulatory agencies will possibly mandate their use starting at a later date, he says.