Freescale Semiconductor Inc. launched a network services switching platform said to combine the performance and efficiency of a traditional network switch with the manageability, flexibility and security required for software-defined networking (SDN).

“In recent years, the world’s networks have undergone a dramatic transformation,” says Sam Fuller, head of strategy and solutions for Freescale’s Digital Networking group, in a statement. “Enterprises, network carriers and their equipment suppliers need a new generation of switching technology for this new era.” 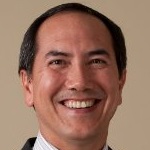 Infonetics Research, now part of IHS Technology, projects that the market for global carrier SDN and NFV hardware and software will grow from less than $500 million in 2013 to more than $11 billion in 2018.

The Freescale platform will be available from Advantech as a commercial grade product that can be customized to meet specific customer requirements in various deployment scenarios, Freescale says.

Freescale is set to be acquired by NXP Semiconductors in an $11.8 billion deal announced in March.