If it seems as if the solution to nearly every design issue is another app or an increasingly sophisticated algorithm, then you don't know the real world of dealing with analog signals from sensors in high-performance instrumentation. However, vendors of basic analog components such as op amps do know — and they also know that a well-defined building-block op amp with superior performance can command a relatively high average selling price (ASP) while also having a very long design-in life. It's a double blessing, with parts which deliver solid margins long after R&D costs are covered, and production and test costs drop.

Several recent products clearly illustrate this situation: The LTC6091 and closely related LTC6090-5 low-noise, high-voltage, precision op amps from Linear Technology Corp. (LTC), which can operate on a supply voltage up to 140 V (±70 V); and the MCP6N16 instrumentation amp from Microchip Technology, which incorporates a zero-drift correction topology that is transparent to the user.

Each of these components runs contrary to the accepted "wisdom" and trend of packing more functionality in an integrated circuit. Instead, each provides a basic single-channel amplification and buffering function, which is critical to a high-performance signal chain and system. Experienced analog system designers know--but sometimes have to convince their digital counterparts-- that the performance of the interface front-end is actually the true limiting factor in achievable system specifications, regardless of the number of MIPS or software sophistication that is applied further along the chain.

The LTC op amps targets precision scientific and medical devices, which often require higher-voltage interfaces due to the inherent physics of the sensor, as shown in Figure 1. This is the case even though the rest of the circuitry usually operates at much-lower voltages, in the teens or even at single-digit voltage levels. The dilemma is that the desired signal is often buried in, and thus obscured by, the higher-voltage, and any imperfections in that first-stage interface amplifier will affect the integrity of the desired signal. 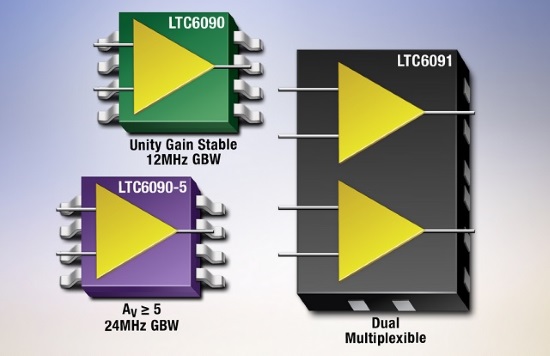 The LTC6091 family of basic op amps not only provides high-precision performance, but does so while operating with supply rails up to 140 V (±70 V); this may seem like a throwback in today's low-voltage, battery-powered world, but is a necessity due to the unavoidable nature of the sensor and associated measurement situation. (Source: Linear Technology Corp.)

The Microchip IC is an instrumentation amplifier (in amp), which is a close cousin of the basic op amp and is constructed internally from a trio of op amps. Like the LTC part, its sole function is to extract a small signal in the presence of larger ones, as shown in Figure 2. Unlike the LTC parts, which target high-voltage situations, this part is designed to work with a supply voltage as low as 1.8 V, making it suitable for battery-powered and handheld applications. While the voltages are far lower, the problems are similar: internally generated noise, high common-mode signals, temperature-induced drift, high bias current, and high offset voltage, all affecting accuracy and precision of the amplified signal output. 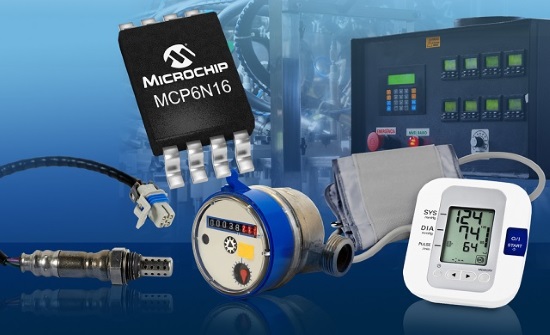 Even in low-voltage situations, factors such as amplifier drift, internal and external noise, and others can corrupt the sensed signal and limit the signal chain and end-product performance; the Microchip MCP6N16 zero-drift instrumentation amplifier can make many of these challenges become almost non-issues. (Source: Microchip Technology)

Without precision amplifiers such as these from LTC (and other analog vendors), designers had three unpleasant alternatives :

For the zero-drift performance of the Microchip in amp, its options were analogous to No. 2 (accept less precision) and No. 3 (add components and calibration), but with lower-voltage components.

Even if designers are willing to go through the cost and headache of options No.2 or No. 3, they still have the never-ending problem of noise. This can take two forms: Common mode noise, which can be reduced using other circuit techniques such as filtering, and noise generated within the front-end amplifier itself, which cannot be reduced and so is a limiting factor in high-end performance. 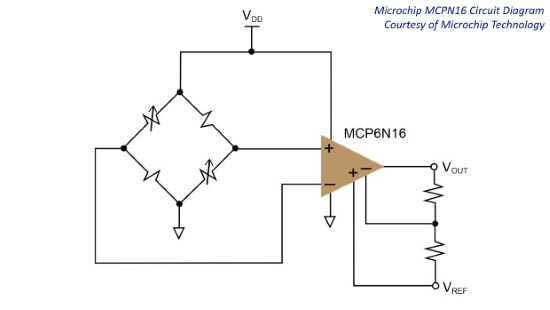 Given all the challenges of trying to "work around" the limits imposed by components with higher noise and less precision, the prices asked by these vendors for these ICs are a relative bargain, despite their functional simplicity and low level of integration. Pricing is from $3.45 to $6.61 for the Linear Technology LTC6091 family members (1,000 pieces) and $1.52 for the Microchip MCP6N16 (5,000 pieces). Note that for that price, you can get a complete microcontroller with memory, or a multifunction digital IC – but can't achieve what a basic op amp can for the design.

Parts such as these allow the OEM's design team to cross at least one "worry" off their list of risks while also pushing an upper limit in performance, which enables the OEM to price the end-product based on its value to their customers. For the IC vendor, these parts can have a viable run of five, 10, or even more years, once they are on the bill of materials (BOM). It's a win for both the IC vendor and their customers, which is why parts such as these keep on coming from vendors who have the combination of analog design expertise, access to advanced processes and test technology they require.