Researchers at two universities undertook the latest attempt to develop a monolithic three-dimensional integrated circuit without the use of thru-silicon vias (TSVs), the more common method of building a 3-D IC. 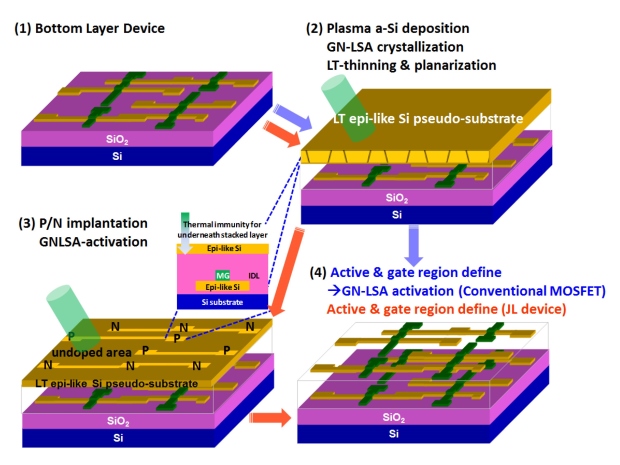 In a sequentially processed 3-D IC, the interconnects across layers, resembling chip-to-chip TSV bonding, are greatly reduced since the interlayer dielectric is as thin as 300 nm as compared to micron-scaled spacing in TSV-based 3-D IC.

In a technical paper to be delivered at the December International Electron Devices Meeting in Washington D.C., the researchers will detail the 3-D architecture and provide preliminary results showing the power consumption arising from interconnects increasing with scaling.