Robots in the kitchen: Part 2

Part 1 of “Robots in the kitchen” looked at robots that cook for soldiers, make pizzas, flip wings, and prepare tortilla chips. Part 2 will look at automated kitchens, sandwich-making bots and more.

U.K.-based Moley Robotics has developed what it has dubbed the world’s first robotic kitchen.

According to its developers, the kitchen features two robotic arms that can prepare meals — thanks to assorted onboard sensors and optical cameras — with the push of a button.

Reportedly, the dexterous robot can mimic the motions of human hands to retrieve ingredients, adjust temperatures, use the sink, fill and pour ingredients into pans, mix ingredients and plate meals.

Additionally, the robot can clean up following meal prep thanks to an onboard optical system that enables the robot to detect spilled food items.

Created by 100 engineers and designers with input from three chefs, the robot can produce 30 different meals, and a recipe creator software tool allows for the addition of more recipes to be added.

For more information, watch the accompanying video that appears courtesy of Moley Robotics.

Researchers from the University of Cambridge in England are training a robot chef to taste food.

In order to mimic the human sense of taste, the researchers are teaching the robotic chef to taste foods at various stages of the chewing process to determine if the food is appropriately seasoned.

To accomplish this, the researchers outfitted the robotic chef’s robotic arm with a conductive probe featuring salinity sensors. According to researchers, the tool could potentially enable the robot to sample dishes at various points during food preparation and, subsequently, chart a so-called “taste map” of the foods.

The arm was trialed on nine different egg-based meals with various quantities of tomato and salt. Once the robotic arm mapped out the salinity of each plate, the researchers placed each of the nine meals in a blender — mimicking how the food would be blended together in the human mouth via chewing — to determine if the robotic arm could distinguish the differences in salinity.

For more information, watch the accompanying video that appears courtesy of the University of Cambridge.

The kitchen of a popular Chinese restaurant is now helmed by an autonomous robotic system capable of food preparation.

The Beijing restaurant in the Haidilao chain of restaurants, which specializes in Szechuan-style hot pot cuisine where raw meat and vegetables are cooked in a pot of flavored soup, no longer relies on humans for food prep tasks in the kitchen. Instead, robotic arms created in collaboration with tech giant Panasonic carry out those tasks by gathering and preparing ingredients and individualized dishes according to customer requests. While food prep takes place in the AI-driven kitchen, customers can view the robotic arms in action from their tables via large screens situated throughout the restaurant. Once completed, the food is ushered to waiting patrons by any one of six robots.

The robotic arms aren’t only capable of cooking and food prep: they can also manage food waste in the kitchen by using ingredients before expiration dates. Likewise, the robotic chefs can store customer preferences in the cloud for future visits. 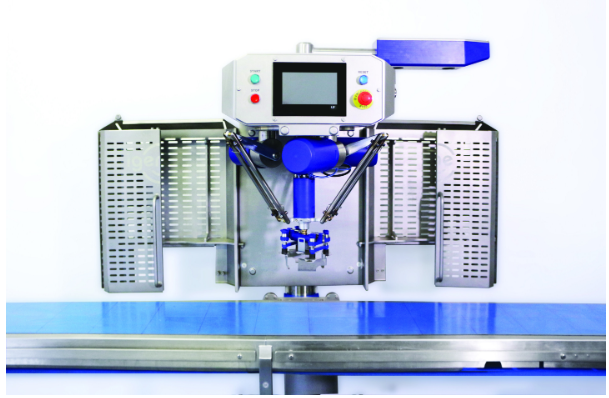 The Loughborough computer scientists are working with Millitec Food Systems’ Delta robots to enable them to perform functions beyond their current role of packaging and assembling sandwiches on the production line. To expand their capabilities, the team is developing machine vision and embedded AI to enable robot manipulators to distinguish food ingredients from one another and select and handle the correct ingredients when appropriate in the course of preparing a sandwich along the production line.

These are just a handful of examples where robots are being used in the autonomous preparation of food. Check back with Electronics360 for more information on robots in the food prep space.