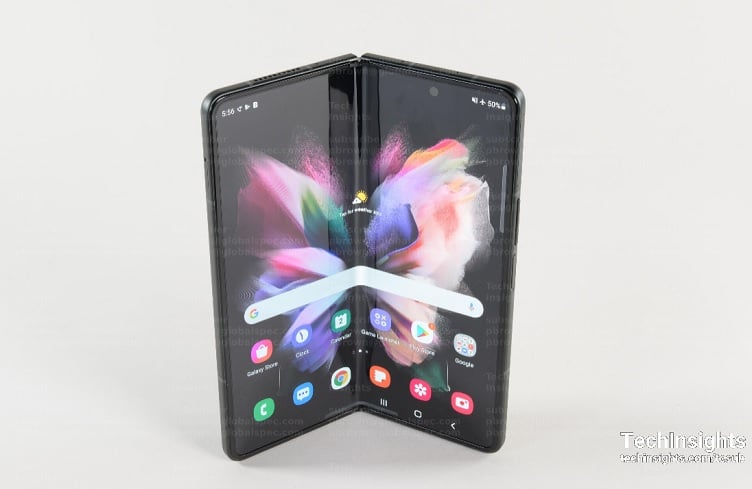 The foldable Galaxy Z Fold 5G smartphone is a two-fold-display that is 5G compatible for streaming movies or multitasking. Source: TechInsights

Foldable phones, once thought to be a dream, have become a reality.

While flip phones were introduced many years ago as one of the first iterations of expanding cell phone form factors, it wasn’t the screen that folded but more the phone housing and keyboard.

Foldable phones, on the other hand, are smartphones with special displays that can bend in half. While flexible displays are not a new concept, moving them into a consumer item where billions of units are sold yearly is. And that means it could be big business for companies developing these phones.

Foldable smartphones generally include flexible organic light emitting diode (OLED) technology that can twist, bend and fold much like a sheet of paper.

The biggest advantages to foldable smartphones include:

However, these phones are notably much thicker and heavier in comparison to a regular smartphone given that the larger screen folds underneath the other.

Samsung’s Galaxy Z Fold 5G is one of the few foldable phones on the market but it may be the most advanced with Qualcomm Octa-Core Snapdragon 888 applications processor and a 7.6 inch active-matrix OLED (AMOLED) with Octa touchscreen display.

The following is a partial deep dive of the Samsung Galaxy Z Fold 5G conducted by TechInsights. 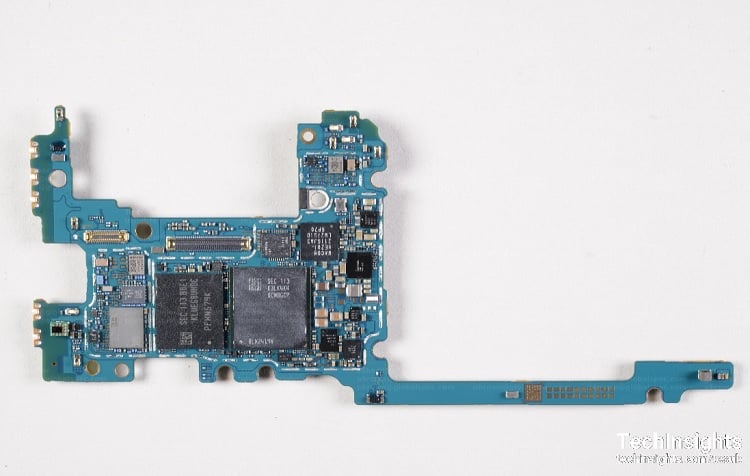 The main board inside the Galaxy Z Fold 5G includes the main applications processor from Qualcomm as well as the main memory from Samsung. Source: TechInsights

The main board of the Galaxy Z Fold 5G is the main processing engine for the functions of the smartphone as it houses the Qualcomm octa-core Snapdragon 888 applications processor as well as the main memory and electronic components. Specifically, the components include: 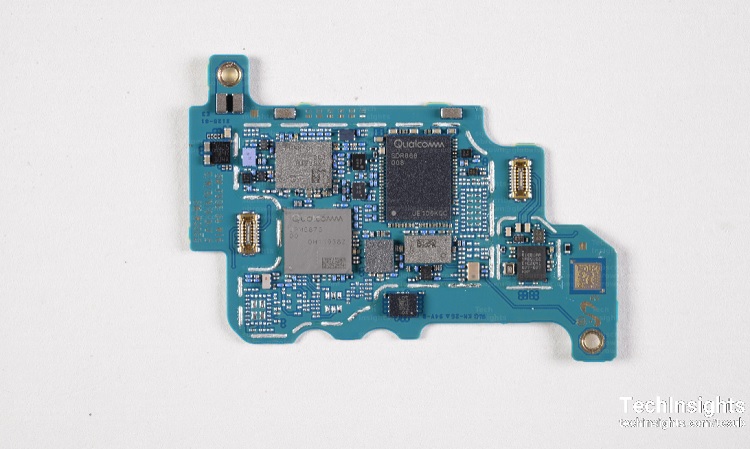 The RF board contains the main communications components to enable the smartphone to make calls, text and surf the web. Source: TechInsights

The RF board inside the Galaxy Z Fold 5G smartphone contains the communications components for the phone as well as the sensors. 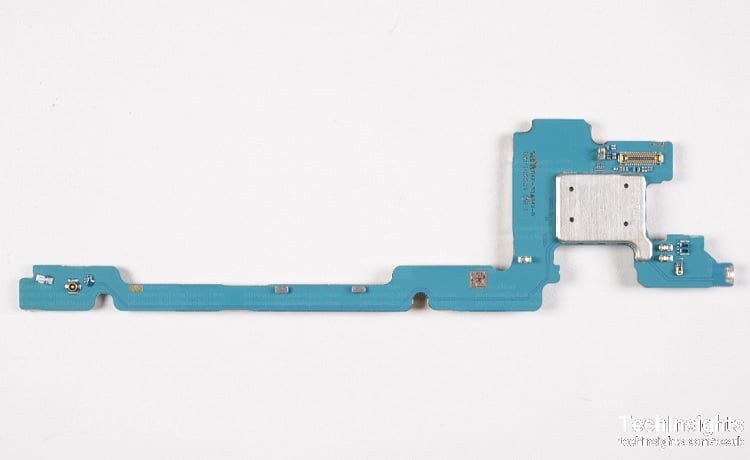 The secondary board inside the Galaxy Z Fold 5G smartphone supplies the power management for the display, audio connection and cameras. Source: TechInsights

The secondary board inside Samsung’s Galaxy Z Fold 5G smartphone contains the electronic components used for controlling the displays, audio and cameras. The semiconductors found on this board include: 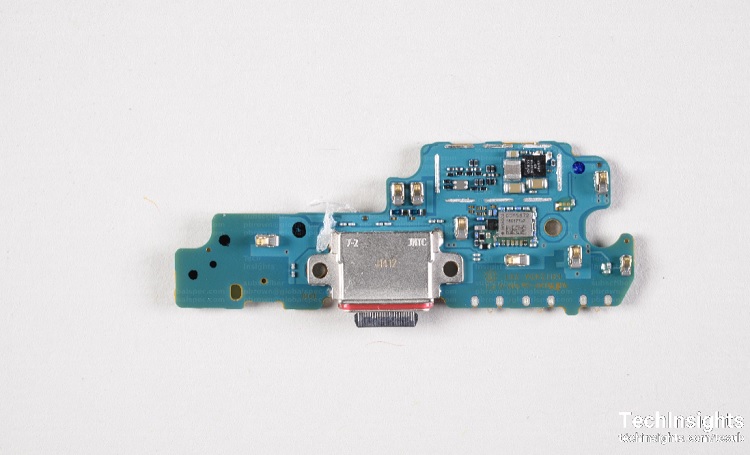 The USB board includes the electronic components for the Galaxy Z Fold 5G to connect USB devices to the foldable smartphone. Source: TechInsights

Inside the USB board of the Samsung Galaxy Z Fold 5G phone is the electronic components used to enable 5G connections and USB controls. The components include Cirrus Logic’s Haptic driver, Qualcomm’s 5G NR and LTE HB/MB RxD front-end module and the Semtech capacitive proximity controller.