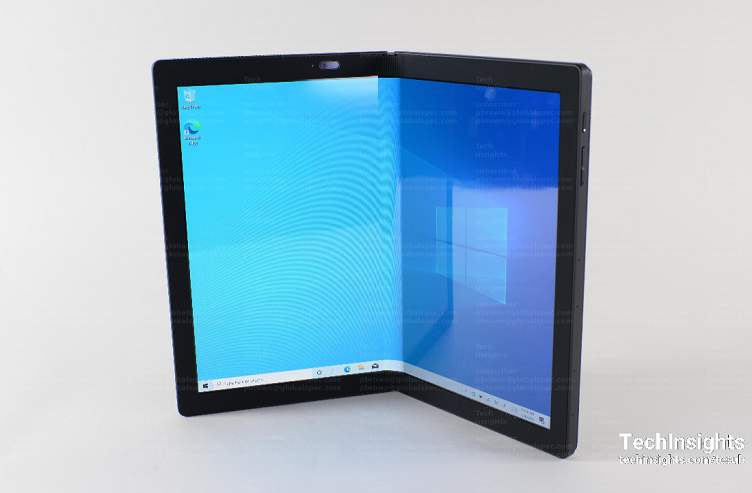 The Lenovo ThinkPad X1 Fold laptop includes 5G connection as well as a foldable screen that allows for multitasking or streaming while working. Source: TechInsights

Foldable electronics are growing in number but remain a niche market overall.

Consumers are interested in the technology but the practicality of using foldable electronics is something that just hasn’t caught on in waves.

While foldable smartphones have been in development for quite some time, including with the recently introduced Samsung Galaxy Z Fold 5G phone, foldable laptops and tablets are more rare.

However, there are some that are already on the market such as the Lenovo ThinkPad X1 Fold.

TechInsights recently did a teardown of the laptop to gauge what technology is being used to power the device as well as its 5G components and touchscreen display controls.

What follows is a partial dive into that teardown conducted by TechInsights. 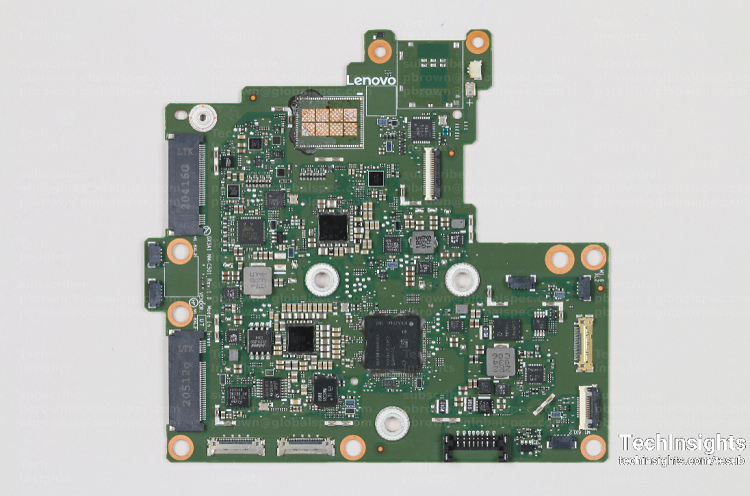 The main board of the Lenovo ThinkPad X1 Fold laptop contains the main processor from Intel as well as the 8GB SDRAM from SK Hynix. Source: TechInsights

The main board of the Lenovo ThinkPad X1 Fold houses the main brains of the tablet including the Intel 3 GHz five-core applications processor with platform controller hub and multichip 8GB mobile LPDDR4x SDRAM memory from SK Hynix. Other components on the board include: 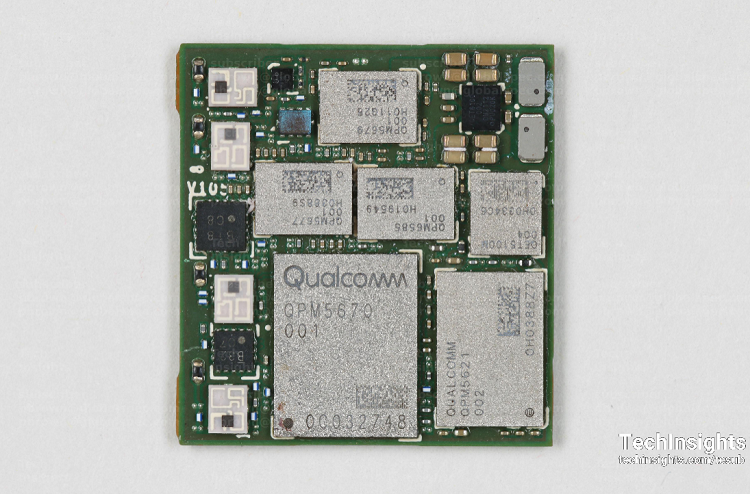 The 5G board inside the Lenovo ThinkPad X1 Fold laptop house the cellular technology to connect the laptop to the internet and includes major components from Qualcomm among others. Source: TechInsights 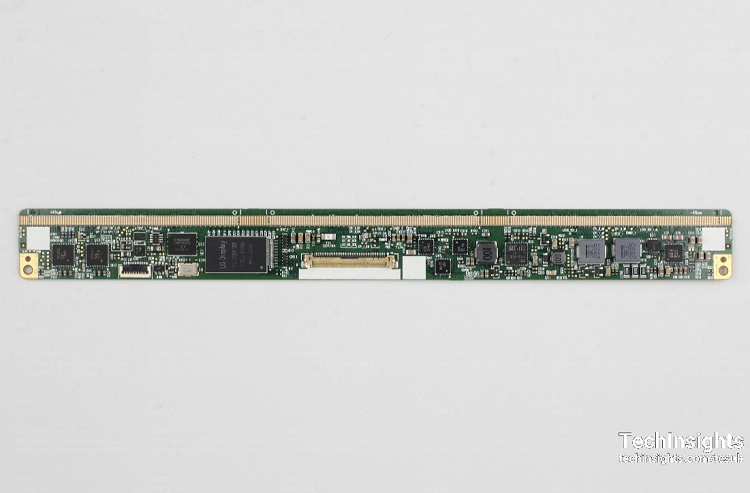 The display board of the Lenovo ThinkPad X1 Fold laptop controls the touchscreen display power controllers and more. Source: TechInsights

The touchscreen display is controlled from the display board inside the ThinkPad X1 Fold. The major components of the board include: 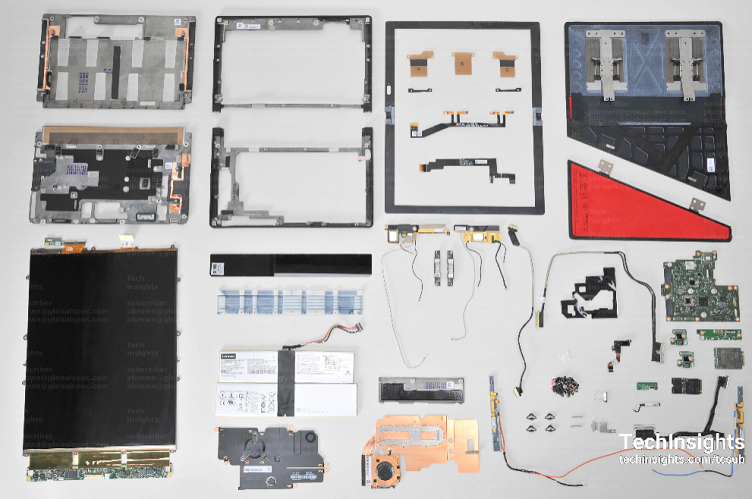 The major components of the ThinkPad X1 Fold including the housing, touchscreen, battery subsystem, SSD subsystem and more. Source: TechInsights