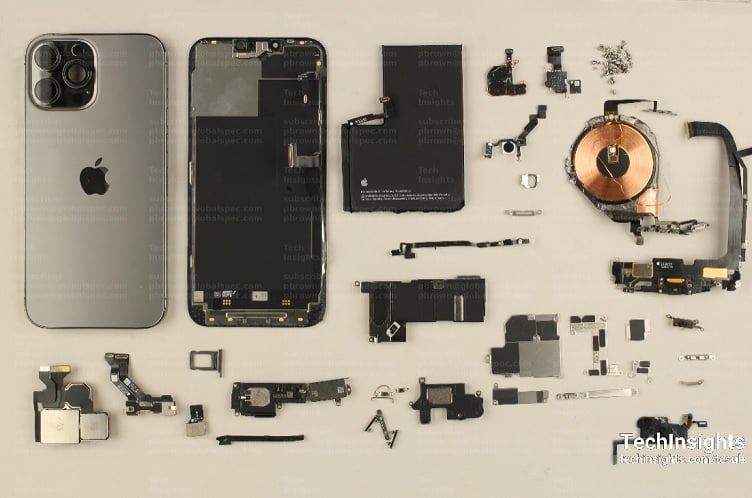 Apple is one of the highest valued companies in the world and for good reason. The company dominates the North American market for smartphones and its reach and influence extends to other regions as a global leader in the smartphone and smart device market.

While smartphone shipments had a rocky 2021, with COVID-19 on the decline, expectations are that Apple along with other smartphone suppliers will have a much better year in 2022 with Apple expected to ship about 243 million units during the year.

That means the majority of what Apple will ship this year will include the Apple iPhone 13 and its iterations before a new iPhone comes along in the fall, as per the company’s usual rollout.

The latest Apple flagship smartphone includes some new bells and whistles that were not included in other models such as lidar scanning to help with low light photography as well as potentially scanning the environment for use as a virtual tape measure. Also, new cameras have been added to the phone with 12-megapixel resolution.

The Apple iPhone 13 Pro Max contains four cameras and is powered by Apple’s proprietary applications processor, the A15, along with a 5G modem from Qualcomm and SDRAM from SK Hynix.

The following is a partial teardown of the iPhone 13 Pro Max from TechInsights. 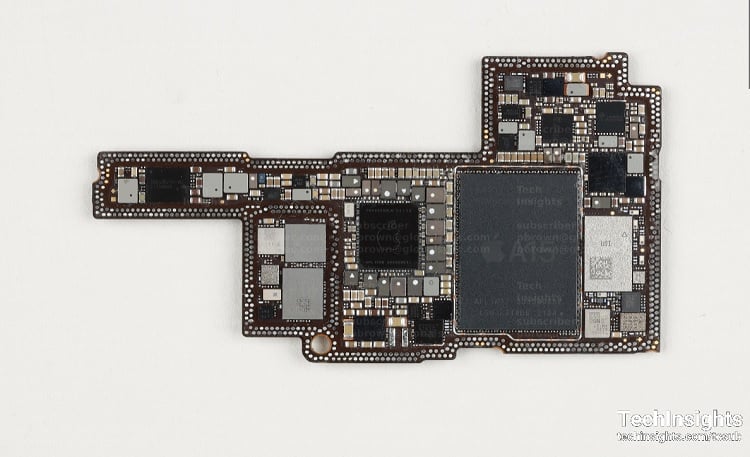 The main board of the Apple iPhone 13 Pro Max includes the control functions of the smartphone powered specifically by the A15 applications processor. Source: TechInsights

The main board of the Apple iPhone 13 is the brains of the smartphone with numerous components included to run the various operations of the mobile handset. At the heart of the main board is the Apple A15 hexa-core applications processor as well as the 6 GB mobile memory LPDDR4x SDRAM from SK Hynix.

(Learn more about microprocessors on Globalspec.com) 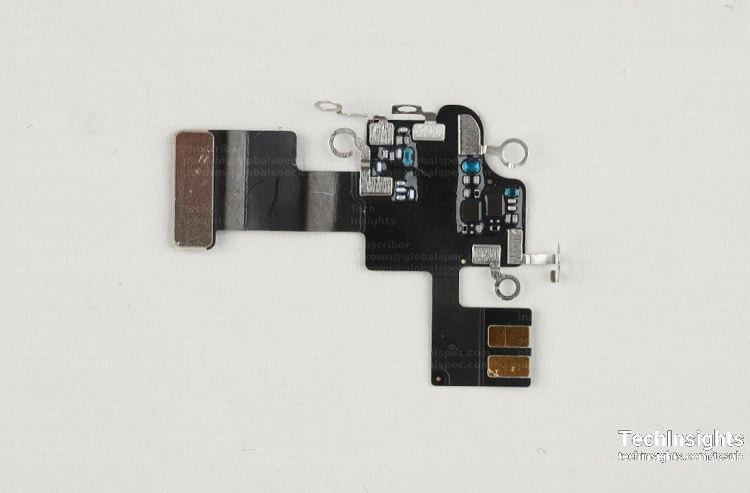 The anntenna board inside the iPhone 13 Pro Max. Source: TechInsights 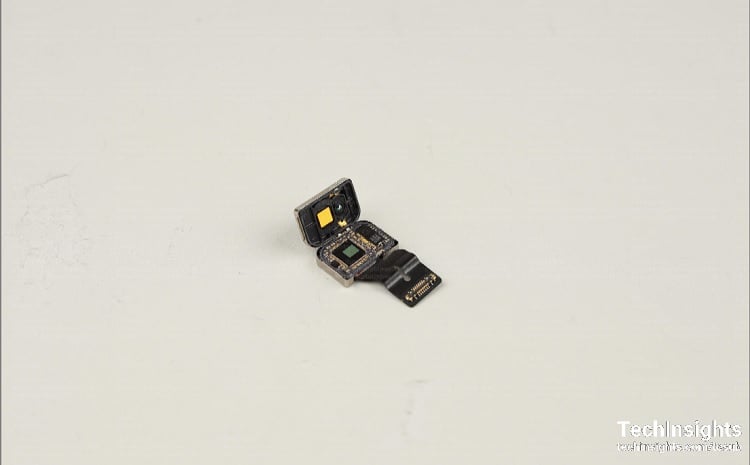 The lidar scanner inside the Apple iPhone 13 is mainly used for photography but its uses may grow in the future. Source: TechInsights

With the introduction of the iPhone 13, Apple included a lidar scanner inside the smartphone for the first time. This is a new feature to the phone that is found on the Pro and Pro Max models. While lidar can be used for a variety of applications such as generating 3D maps or sensing its environment. Currently, the lidar scanner is used for helping the cameras inside the phone to take low-light photos or could be used as a tape measure to measure the physical environment.

Components inside the lidar scanner include:

(Learn more about sensors on Globalspec.com) 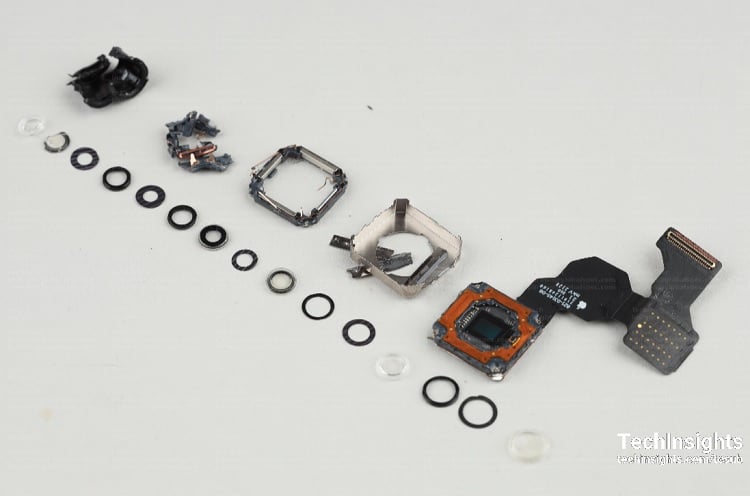 The wide angle camera is one of four cameras on the smartphone. Source: TechInsights

The Apple iPhone 13 Pro Max includes four cameras. One in the front and three in the back. The wide angle rear camera is a 12 megapixel camera for most photography uses that includes sensor shift operation system. The components inside the module feature the Sony 12 MP BSI CMOS image sensor, an autofocus motor driver from Cirrus Logic and hall effect sensors.