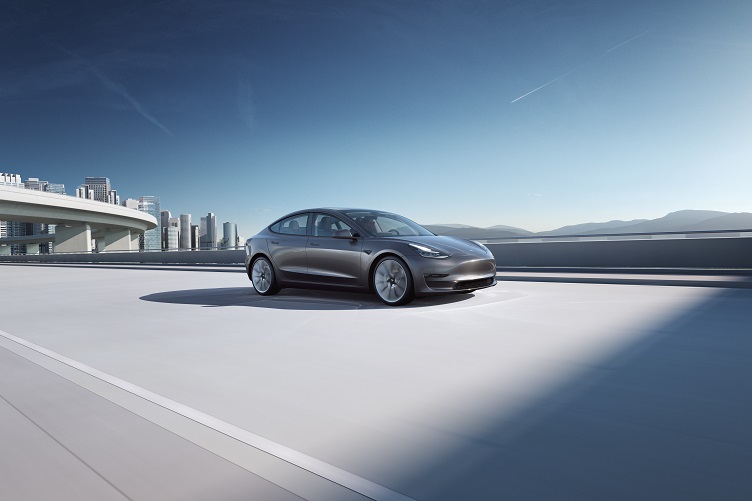 Tesla will recall 2017 through 2022 Model 3 vehicles due to a malfunction with its software that allows the cars to roll through stops at intersections. Source: Tesla

Tesla Motors will recall 53,822 U.S. vehicles due to a problem with its full self-driving software.

According to a report from Reuters, Tesla’s full self-driving (FSD) beta software is allowing cars to conduct rolling stops, or not coming to a complete stop at intersections. Obviously, this presents a massive safety risk for other cars as well as pedestrians.

The NHTSA said the FSD software may also allow vehicles to travel through an all-way stop intersection without coming to a stop.

Tesla said it will perform an over-the-air software update to disable the function. On Twitter, Elon Musk, CEO of Tesla, said “there were no safety issues” with the FSD function and that the car slowed to about “2mph & continued forward if clear view with no cars or pedestrians.”

Just last week Tesla said the number of vehicles with FSD beta function in the U.S. increased to nearly 60,000 vehicles from just a few thousand in September of last year.

The problems with Tesla’s autonomous software continue problematic issues that have cropped up with the testing of autonomous vehicles.

The largest issue came in 2018 when an Uber test vehicle killed a pedestrian in Arizona, causing the company to suspend all operations and eventually led to the ride-hailing vendor to phase out of the market.

In December of last year, Pony.ai had its California driverless testing permit suspended after a vehicle in autonomous mode was involved in an accident in Fremont, California. The vehicle hit a center divider and traffic sign after a turn.

While no one was injured in the accident, it wasn’t the first time that autonomous vehicles have been involved in accidents while testing.

In fact, there have been 187 accidents since 2019 in California alone involving autonomous car testing. However, only two of these were attributed to the autonomous technology, IDTechEx identified recently.

DTS, a maker of audio, imaging and sensing technology, published the findings of its autonomous driving survey, recently finding that while about 38% of consumers are interested in owning self-driving cars, distrust of autonomous technology is still high at 69%.

This distrust comes from the belief that a vehicle will never be able to drive as safely as a human can with about only 40% stating autonomous technology will eventually be the safest way to travel.