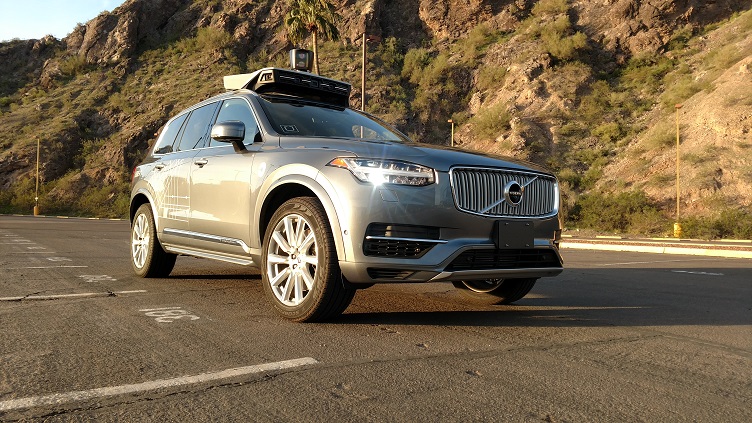 An Uber self-driving vehicle like the one recently involved in a fatal crash. Source: Uber.

Years from now, when we look back on today’s date, will we remember it as the day that all the promise and hype of self-driving cars disappeared in a single fatal moment?

Hard to say. But whether we do or not, there’s no denying the fact that a self-driving car hit and killed a pedestrian in Tempe, Arizona, late last night — in what appears to be a first-of-its-kind tragedy on a public road. The news has been spreading across the internet throughout the day.

According to the New York Times coverage of the story, the woman who was killed was not in the crosswalk when she was crossing the road. According to CNN coverage, she was walking her bicycle across the street at the time of the incident.

The car, a Volvo XC90 operated by ride-sharing service Uber, did have a human safety driver at the wheel; this is standard operating procedure for autonomous vehicle testing, although there has been movement toward allowing companies to test cars without anyone in the driver’s seat. In fact, this is already legal in Arizona — which may have something to do with why so many companies are doing their testing there. This is not to mention the favorable weather; self-driving cars can be challenged by precipitation such as rain or snow.

In the wake of the incident, Uber has suspended self-driving vehicle testing in several cities, while the National Transportation Safety Board has dispatched a small team to gather information about the crash.

Whether or not this will dampen public enthusiasm for autonomous vehicles — billed as safer than human drivers, thanks to their lack of distraction and programmed adherence to traffic laws — remains to be seen. But as a recent Pew Research Center report on automation in everyday life notes, that level of enthusiasm already may be lower than all the autonomous vehicle testing would lead one to believe.

What are your thoughts on the technology? Please share in the comments below.