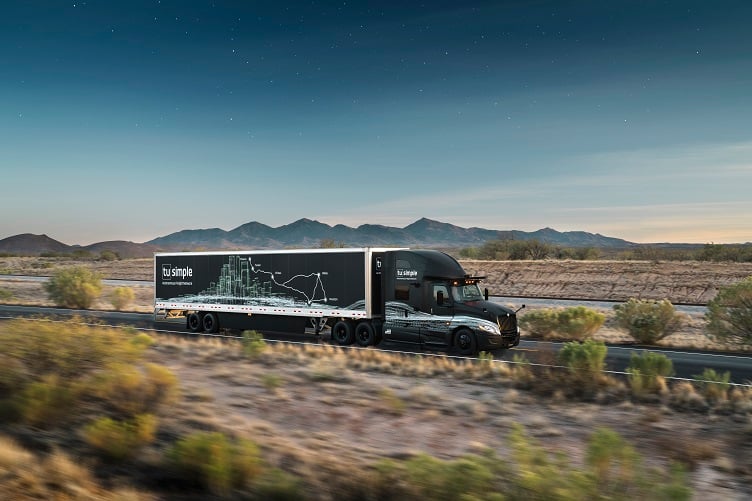 TuSimple’s ADC will be a critical component to scaling its network of autonomous trucks across the U.S. and globally. Source: TuSimple

The announcement was made before the official opening of CES 2022. The ADC will use Nvidia’s Drive Orin system-on-chip (SoC), a semiconductor designed for artificial intelligence (AI) autonomous driving. The move will help further TuSimple’s ability to put self-driving trucks on the rode through its Autonomous Freight Network (AFN), a system the company created last year to commercialize Level 4 autonomous trucks in the U.S.

The Drive Orin SoC can deliver 254 trillion operations per second (TOPS) and is the brains for intelligent vehicles and powering autonomous capabilities.

The ADC will serve as a critical component to TuSimple’s automated driving system as it will allow the trucks’ central compute unit to process hundreds of TOPS for perception, planning and actuation functions.

“A high-performance, production-ready ADC is a critical piece to scaling our AFN, and we are taking a hands-on role to advance its development with the help of Nvidia,” said Cheng Lu, president and CEO of TuSimple.

While the AFN started in the U.S., TuSimple has initiated efforts in Europe and Asia where it is testing autonomous trucks on public roads in Sweden and at the deep-water port in Shanghai, China.