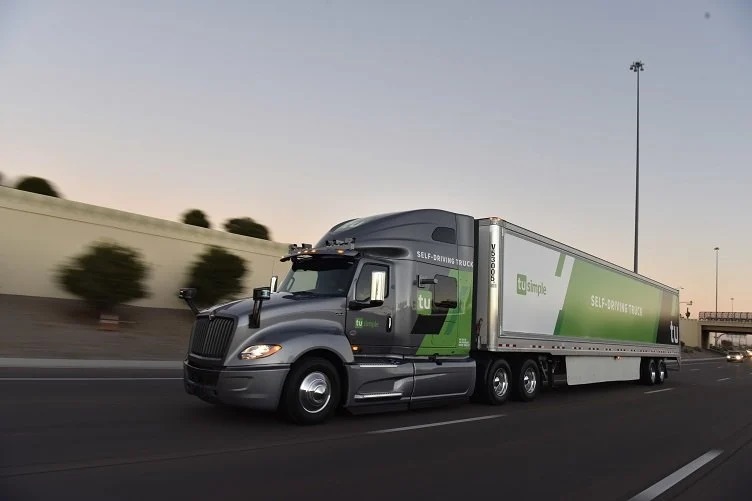 TuSimple is creating a autonomous freight network that will cover the lower 48 states and make self-driving trucks commercially available by 2024. Source: TuSimple

In a new agreement, TuSimple will adopt, integrate and scale its Level 4 autonomous technology into logistics giant DHL’s operations.

DHL began using TuSimple’s technology in daily freight haul operations from San Antonio to Dallas in early December and the extension of the partnership will see DHL reserving 100 autonomous trucks to be co-developed by TuSimple and Navistar in the U.S.

The agreement is part of DHL’s Accelerated Digitalization strategy to meet the growing needs of the logistics market. The deal also positions DHL to collaborate in other markets such as Europe and Asia in the future.

(Learn more about the levels of self-driving cars at Globalspec.com.)

TuSimple launched what it claims was the first autonomous freight network in 2020, working with UPS, Penske Truck leasing, U.S. Xpress and supply chain services vendor McLane. The network was planned to be rolled out in phases culminating in commercially available services to start in 2024.

The first phase of the program began in Phoenix, Tucson, El Paso, Dallas, Houston and San Antonio with the second phase network from Los Angeles to Jacksonville, Florida, which would connect the east and west coasts. The third phase would expand operations throughout the lower 48 states.

TuSimple has initiated efforts in Europe and Asia as well, where it is testing its autonomous trucks on public roads in Sweden and Asia at the deep-water port in Shanghai.

This type of vehicle shipping, carried out by DHL and other companies developing autonomous trucking technology, is set to rise by a whopping 186% from 2024 through 2026 as Level 4 autonomy moves to heavy-duty trucks and pilots across multiple regions, according to ABI Research.