CES 2022: Will Wi-Fi 7 display the future of connectivity? 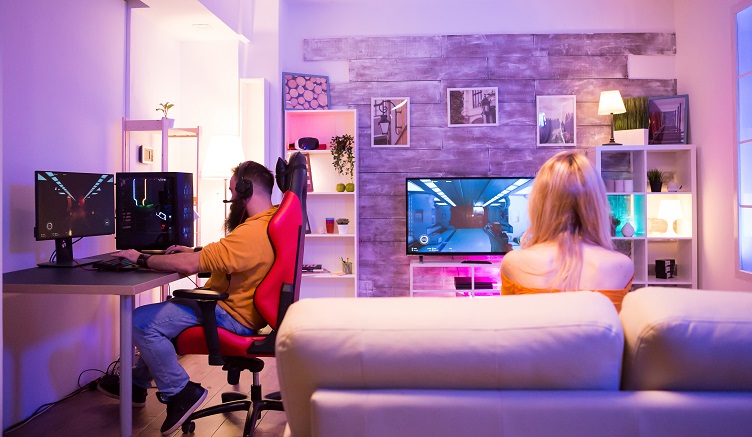 Multiple gamers streaming online is no problem for Wi-Fi 6, but is is worth the cost? Source: AdobeStock

Wi-Fi 7 is projected to be unveiled at CES 2022, even though it is not expected to be readily available for another few years. This is the new standard for Wi-Fi, following Wi-Fi 6 (also known as 802.11ax) and Wi-Fi 5. Wi-Fi 6 routers have only just begun to appear in homes around the world, with the newer Wi-Fi 6E units just hitting the market very recently.

MediaTek has been the main company that has stated that they will be demonstrating this new technology, however it is not unreasonable to expect other companies to show their own Wi-Fi 7 (also known as 802.11be) technologies.

Existing Wi-Fi devices on the market

There are several Wi-Fi 6 devices currently on the market, so let’s talk about two released previously by MediaTek, as we know that they will be displaying the new Wi-Fi 7 at CES. Their Filogic 130 and 130 A devices are Wi-Fi 6 system-on-chip (SoC) that include AI engines and integrated processors (MCUs). The 130 A model has a voice assistant and includes an audio digital signal processor to enable this feature. Both devices’ SoCs also have integrated front end modules for fast and easy integration in any IoT products.

When Wi-Fi 6 came out, it was the largest upgrade to Wi-Fi in the last 10 years. This standard offered improved speeds, lower latency, better security and reduced congestion. The maximum speeds came close to 10 Gbps, depending on a user's specific broadband connection. For example, Netgear promised that their new Wi-Fi 6 networking unit could deliver speeds that were five times faster than the predecessor (Wi-Fi 5). Using the same logic and calculations, Wi-Fi 7 routers should be able to produce speeds up to 12 times faster than Wi-Fi 5.

This new standard for Wi-Fi is generally expected to hit the market in 2024 and will offer speeds that are several times faster than the current technology, Wi-Fi 6 or Wi-Fi 6E. The two main things that separate Wi-Fi 7 away from the current versions is that it is designed with tri-band operation and 6 GHz in mind. It will also be able to utilize Multi-Link Operation (MLO), which allows it to operate on multiple links at a time. This will decrease latency and improve reliability. There are expectations that Wi-Fi 7 will also be able to carry 6 GHz operation outdoors with Automated Frequency Coordination (AFC).

However, there could be one drawback to this new technology: the cost. Wi-Fi 6 came with increased bandwidth, lower latency and much faster speeds, which made it extremely popular to those homes that play fast-paced action games online or happen to stream a lot of high-definition video, but it comes at a hefty price. To keep Netgear as an example, their Wi-Fi 6 whole-home network costs about $1,500.

In stark contrast to this, Wi-Fi 5 routers can be bought for $20 and up, and the whole-home network set up for around $60. Are the added benefits of Wi-Fi 6 worth it for most consumers? Probably not! Furthermore, Wi-Fi 7 mesh networks, access points and routers are most likely going to be even more expensive, as all new technology is. Even if a home is okay with the price of the Wi-Fi 7 protocol, most homes around the United States won’t be able to take full advantage of them because of their broadband speeds. From tests that Ookla carried out, the average broadband speed in the typical American home is just over 200 Mbps for 2021. Wi-Fi 7 can reach all the way up to 30 or 40 Gbps.

There are many advantages to Wi-Fi 7, it is said that when fully implemented it will give faster speeds than wired connections. It will also be able to take advantage of more antennas than Wi-Fi 6, and the antennas do not have to be all bunched together. This will help to spread the coverage out over larger spaces more evenly, by having more than one access point. There is even talk that Wi-Fi 7 will be able to use all three 2.4 Ghz, 5 GHz and 6 GHz bands at the same time. It will be better at blocking interference from neighboring networks as well, which will again improve reliability. As mentioned, this new technology will be on display at CES 2022, however the IEEE will not be finishing the standards for the technology until 2024, so expect changes up until then as it is still evolving.

This then begs the question, what devices will support Wi-Fi 7? If you buy a Wi-Fi 6E router today, there are not a lot of devices that exist that are able to even connect to a 6 GHz network. As new devices come out, they will be very likely to support it, but with another big change coming around the corner in Wi-Fi 7, will companies be looking to future-proof for that as well? It seems to be the case that if you need or want the very latest Wi-Fi technology, you will have to upgrade all of your devices to utilize it, which looks like it will be a substantial investment.