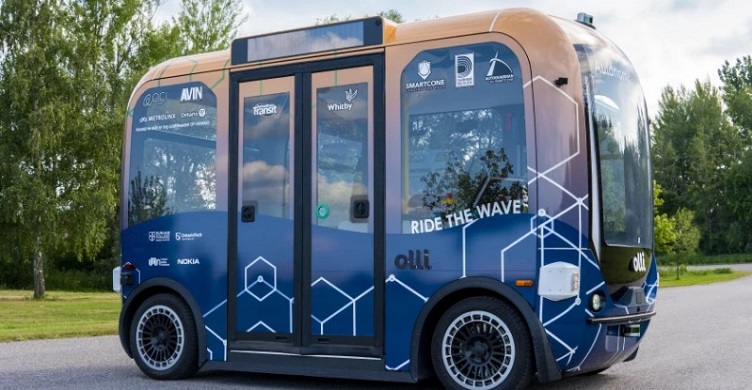 The WAVE shuttles will traverse a 3.7-mile journey through the city of Whitby. Source: Town of Whitby

The town of Whitby, Canada, is set to begin what it claims is the longest autonomous shuttle route in North America as part of a new pilot project.

Whitby, a township near Toronto, launched the self-driving shuttle project, called Whitby Autonomous Vehicle Electric (WAVE), to test the vehicles in public transit settings. The project is currently in the testing phase, but is expected to begin transporting passengers later this year.

The Canadian project would surpass the program established this summer by Autonomous Vehicles Colorado (AvCo) to deploy a fleet of shuttles across multiple cities in Colorado. This test would cover roughly 3.7 miles between multiple station drop off points.

The shuttles will operate in the Durham Regional Transit (DRT) system and will transition the agency to electric vehicles, on-demand transit and the integration of transit within a smart city system in the region.

The route will begin at the Whitby GO Transit station, ferrying passengers through the recreational, residential and industrial areas around the Port of Whitby before returning to the transit center.

The town calls the pilot project a first of its kind in Canada to integrate an autonomous shuttle with an existing transit service and infrastructure. The project will study the operational, financial and technical integration of autonomous transit systems.

Additionally, the project will be used to test how to extend transit service into areas with less housing and business density where large, fixed-route buses are not practical. Autonomous vehicles could make it easier for residents to access public transit closer to where they live and work, the town said.

This new pilot joins a growing list of autonomous shuttle projects that have flooded the market as governments and companies gear up for an automated future.

All of these projects have been announced or started this year.