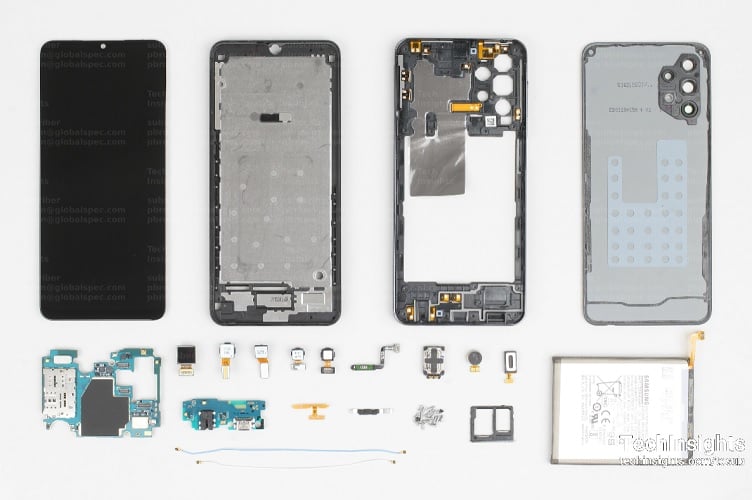 All of the internal components found within the Samsung Galaxy A32 5G smartphones. Source: TechInsights

The following is an overview of a teardown analysis conducted by TechInsights.

The race to 5G has come to a point where the established players are entrenched in all the major cities with coverage expanding rapidly to match the demand.

With subscribers expected to grow by the millions in the coming five years, coverage will need to continue to grow to match the demand.

But to meet demand, lower priced 5G smartphones will be needed to expand the user base. One of the main pushes for the 5G ecosystem in 2021 is to lower the overall price of 5G smartphones on the market to encourage users to adopt the technology. When 5G phones were initially introduced in 2019 and through the early part of 2020, they were priced above $1,000 — out of the range of most customers and appealing to more early adopters.

However, average selling prices dropped late in 2020 to $730 and have continued to drop throughout 2021.

Enter the Samsung Galaxy A32 5G smartphone. The phone is priced at under $300 and packs the MediaTek Dimensity 720 5G octa-core CPU with Samsung’s multi-chip memory module packed with 4 GB of mobile SDRAM and 64 NAND flash memory.

Released earlier this year, the smartphone hits the sweet spot of a good price for customers not willing to shell out hundreds for a mobile handset but still have the power to connect to a 5G network and do the applications most phones can accomplish.

The following is a partial deep dive into the Samsung Galaxy A32 5G smartphone performed by TechInsights. 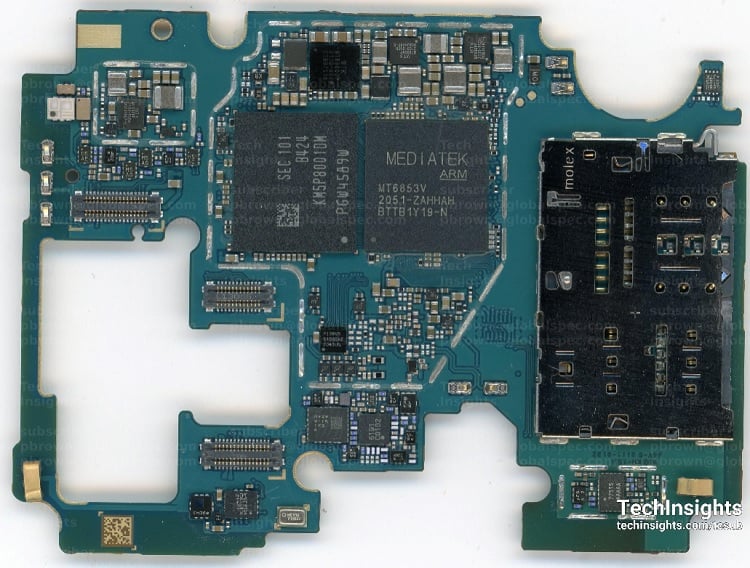 The main board and components of the Samsung Galaxy A32 smartphone. Source: TechInsights

The main board of the Samsung Galaxy A32 is the heart of the smartphone. It includes:

(Learn more about RF and wireless components at Globalspec) 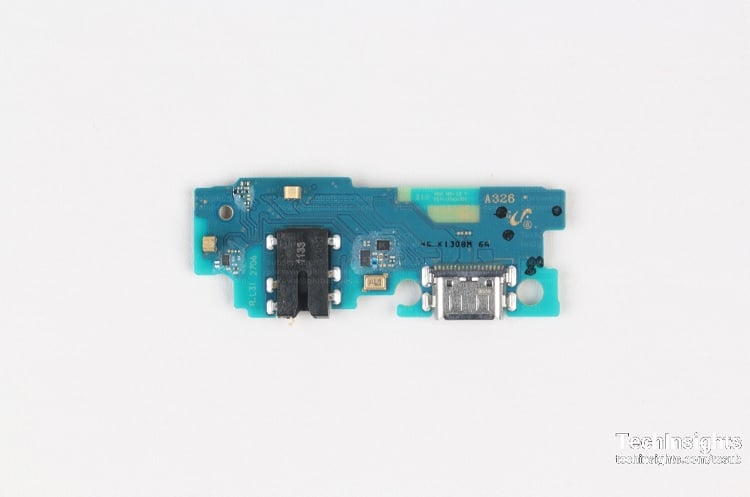 The USB board and components of the Samsung Galaxy A32 5G smartphone. Source: TechInsights

The USB board on the Samsung Galaxy A32 features the RF antenna tuners from Qorvo, regulators from Torex Semiconductor a MEMS microphone. 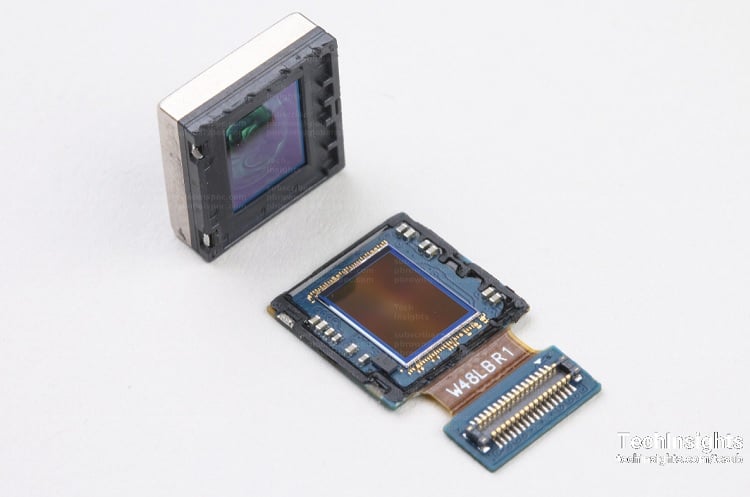 The rear camera module of the Samsung Galaxy A32 5G smartphone. Source: TechInsights

The rear camera is one of the main draws to any smartphone and the Samsung Galaxy A32 includes optoelectronics to enable 48-megapixel resolution. The main component of the rear camera modules is the Samsung BSI CMOS image sensor.

(Learn more about Optoelectronics at Globalspec)