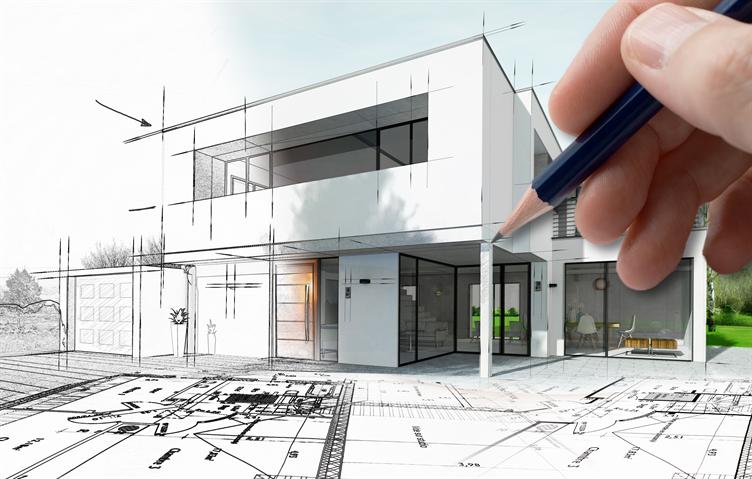 For many home buyers, construction of a new home might be considered as they peruse their many options. The attraction of a new construction is clear: one can build and customize their home to their personal taste, down to the very fine details. It has been reported that 41% of buyers prefer new construction, and there have been over 1.3 million homes put into construction in the last year, and this trend is only increasing with time.

Along with customizing the aesthetics of the home, functionality can also be designed and upgraded, allowing for a more convenient living space and one tailored to its tenants. A newer, more modern home is also an attractive prospect to young buyers, and this is where smart home features come into play.

Complex smart features are be easily integrated and installed during the construction process. This is not a plug-and-play Amazon Alexa speaker or smart light bulb; instead consider a comprehensive system or structure that can assume control over the whole house and is integrated into the house itself.

Think of futuristic shows on television where everything is controlled in the house by a tablet - or a voice or gesture. That technology is accessible to homeowners.

With this new and rising demand for smart home integration into new construction, builders have had to adapt their methods and workflows. Considering this, they have begun to group the latest and greatest smart home improvements into a few main categories.

A low voltage smart home renovation carried out on an existing property is referred to as a “retro” project. When these projects are in the works, the options available can depend on the ability to run the necessary wires for the different systems. Homes with significant attic and crawl spaces will give a lot of flexibility as wires can be run to most locations. If the property does not support easy wiring or if the homeowner does not want to inflict too much damage to sheetrock, a large portion of smart home devices can be obtained in a wireless version.

Ultimately, homes built before the early 2000s are unlikely to offer the plenum spaces needed to run additional wiring and connectivity options. Homes built even earlier may need circuit breaker and load center upgrades for additional overcurrent and overvoltage protections. This is why builders are now beginning to advise homeowners to run the necessary electrical wiring when doing a major remodel or building new construction, so as to accommodate any smart home upgrades in the future.

Similarly, it is easier to install specialized outlets, such as USB charging outlets or Ethernet ports for both data and power over Ethernet, in new construction than to implement in existing homes.

A major advantage can be a garage that has an electric vehicle charging system built in from the foundation. A dedicated charging port can be better accommodated in mains electrical service, as well as better protected from dirty garage or outside environments.

As electrical sources are increasingly decentralized due to alternative energy generation and storage, it is also likely that home battery banks will become a common feature. This provides important flexibility for homeowners and the grid as well.

Although related to electrical, changes in roof technology have been necessitated by the growing trend of aftermarket solar panels.

Generally speaking, the panels are best mounted at angles equivalent to the home's latitude. Homes with steep roofs will not provide enough direct sunlight to get the most from the panels. So roof orientation and slope angle must be more carefully considered.

Another important point: photovoltaic panels will typically outlast asphalt shingles, which adds an uneccessary complication to the inevitable roof job. Metal roofs are the preferred material for the overlay of solar panels, as they last much longer and are easier to seal after panel installation.

At least five different companies make solar shingles, such as Tesla, and offer an interesting alternative. These are typically thin-film solar cells made of copper indium gallium selenide. This technology has good conversion efficiency and once assembled as shingles forms a functional and protective roof. However, these almost always require an entirely new roof structure, which is better planned for with new construction.

Some of the systems that can be implemented for smart home from the get-go are natural fits. For example, a lawn sprinkler system can be integrated in the home's water plumbing and central control hub. And a connected weather station provides data so that the lawn goes un-watered on rainy days, or windows are shut before the temperature drops.

How about a weather station that triggers radiant heating in the driveway? It's a reality from several manufacturers. Typically these solutions come in two technologies. In a hydronic system, a warming antifreeze mixture in a network of piping is circulated underneath driveways and walkways. Electric systems use high resistance heating elements that convert a low voltage charge to heat. But most importantly, for the homeowner it means never needing the wake up early to shovel out before a messy morning commute.

More delivery and drones than ever, first and foremost. Drone delivery technology seems like a "when" not "if" proposition. More and more commerce happens on online, and for physical goods that means delivery. Food. Clothes. Furniture. Whatever. It's all a few clicks or keystrokes away.

So as delivery services experiment with - and perfect - drone delivery technology, it prompts the question: where is a 6 ft large quad-copter going to safely deliver a package someone's house?

Well, with the use of dedicated mailboxes and landing platforms, of course. For example, take Valqari's drone delivery mailbox.

WalMart has also submitted a patent for a chute that allows drone-dropped packages to enter a residence. Meanwhile Amazon proposes actual landing pads which could also charge drones if needed.

True, this isn't a common construction feature today but might be more popular in the near future. Especially if urban air mobility becomes a reality, the concept of a home landing pad might become necessary. Ultimately, these are new age features that are increasingly difficult to integrate into older homes, and are better served by dedicated facilities to increase resident safety.

Ultimately, these a just some of the projects new home builders are considering as they prepare for a new wave of home automation. Since so many of these technologies now feature third-party compatibility and are powered by software, what's possible is in many cases up to the homeowner's budget and creativity.