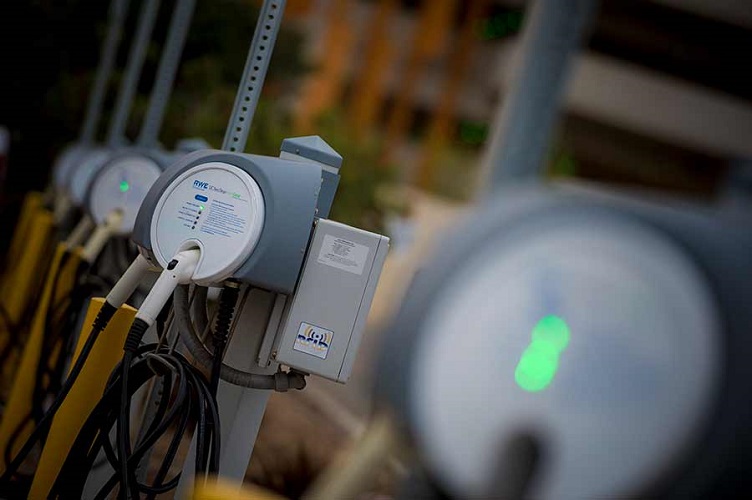 Engineers from the University of California, San Diego (UC San Diego) conducted a study and found that if a transportation revolution is to happen — transitioning to electric vehicles (EVs) — more fast-charging stations are critical.

All automotive OEMs are transitioning to EVs for primary sales as early as 2030. General Motors said it plans to phase out gas and diesel cars by 2035 and Ford is expected to sell mostly EVs by 2030 and will only sell EVs in Europe by 2030. Other OEMs have followed suit including Volkswagen, Volvo, Daimler and Jaguar.

UC San Diego said that as businesses and campuses reopen during a post-COVID-19 world, it is expected that more charging stations will be required to meet incoming demand. After much of the university moved operations online, charging patterns at UC San Diego changed dramatically as expected due to limited traffic coming to the campus.

Researchers claim it is the first time this data on workplace charging patterns for EVs happened. While campus charging declined dramatically, the campus’ medical center was less impacted as it continued the most in-person operations and healthcare workers and patients kept using the stations.

"Workplace charging is a critical enabler of carbon-free transportation as the electrons consumed primarily come from solar power plants, as opposed to at-home charging, which occurs at night and relies more on fossil fuel power plants," said Jan Kleissl, a professor of environmental engineering at UC San Diego.

Researchers said this study reflects nationwide trends as vehicle travel in the U.S. declined by about 40% at the start of the pandemic.

However, the study also found that DC fast chargers — which provide a full charge in about a half hour compared to other chargers that take eight hours or longer — returned to near-normal usage in a short period of time after the initial lockdowns and stay-at-home orders happened.

"This finding reinforces ongoing efforts to deploy at least an additional 20 DCFCs primarily on the perimeter of campus in order to serve both UC San Diego commuters as well as the general public in need of recharging," said Byron Washom, the UC San Diego director of strategic energy initiatives.

The study examined 100 charging stations in 28 parking structures from March 11 to May 20, 2020. Charging dropped by 50% at the parking structures at the UC San Diego medical center locations and dropped 84% on the main campus from pre-pandemic levels. Charging at DC fast charging stations initially dropped by 67% before going back up to near pre-pandemic levels.

"Commuting patterns based on five days a week in the office are unlikely to resume, however, as employers may allow more telecommuting even after the end of the pandemic," Kleissl said.

The Biden Administration is actively looking to accelerate EV sales as well, vowing to replace all U.S. government vehicles with electric models and to build 550,000 EV charging stations.