First delivery and passenger drone airport to open in UK 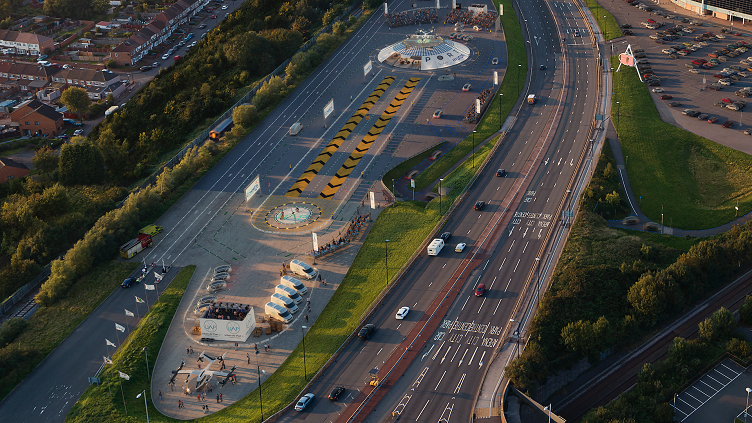 The now funded Air One will 60% smaller than a traditional heliport and will use a modular construction allowing the construction of such infrastructure in a matter of days. Source: Urban Air Port

Called Air One, the “pop up” airport will bring government, industry and public together to demonstrate the potential of sustainable urban air mobility to reduce congestion, cut air pollution and decarbonize transportation.

Urban Air Port, a wholly owned subsidiary of Six Miles Across London Limited (small), develops zero emission infrastructure for air mobility, a market that could be worth up to $500 billion in the U.S. in the near term, NASA predicts. However, a lack of infrastructure is the biggest barrier to market growth.

The technology was selected as the winner of the Future Flight Challenge, a project from the U.K. government to accelerate electric and autonomous air vehicles. As the winner, Urban Air Port will receive a $1.64 million grant from Future Flight Challenge. The project is being funded by $170 million from the Industrial Strategy Challenge fund and is expected to be matched by up to $239 million from industry.

Hyundai Motor Group’s Air Mobility division plans to work with Urban Air Port as an infrastructure partner to create its own eVTOL aircraft and support the eco-system being developed for the U.K. Hyundai has its own plans for air mobility as well, which includes a strategy to commercialize aircraft by 2028.

Air One’s physical footprint will be 60% smaller than a traditional heliport and will use a modular construction allowing the construction of such infrastructure in a matter of days, emit net zero carbon emissions and be operated completely off-grid.

The eVTOL delivery and passenger airport is designed to support any eVTOL aircraft — air taxis, delivery drones, cargo drones — as well as other modes of sustainable transport like electric vehicles, electric buses, scooters or other vehicles. Urban Air Ports can be dismantled easily and move to alternative sites as the air mobility sector develops, the company said. This could become especially useful as a means for emergency management or support during natural disasters.

Urban Air Port plans to build more than 200 sites in the next five years to meet demand for delivery drones and air taxis including cities across the U.K. and other areas globally.

The project is similar to Lilium’s plan to build an eVTOL hub in Florida called Vertiport, which is expected to be launched by 2025 and will connect more than 20 million residents within a 186-mile radius of Orlando and Tampa. The hub in Florida will be the first of a planned series of eVTOL hubs for mobility aircraft, pending the approval of the Federal Aviation Administration (FAA).

The U.K. is undertaking a number of drone projects to advance delivery options for the country including the Care & Equity Healthcare Logistics UAS Scotland (CAELUS) project that will involve live drone flight trials to transport essential medicines, blood, organs and other healthcare supplies through Scotland. Another project is testing drones beyond the visual line of sight (BVLOS) in the U.K. to improve airspace awareness for remote pilots to conduct complex drone operations where the device flies beyond a point where they can see it.