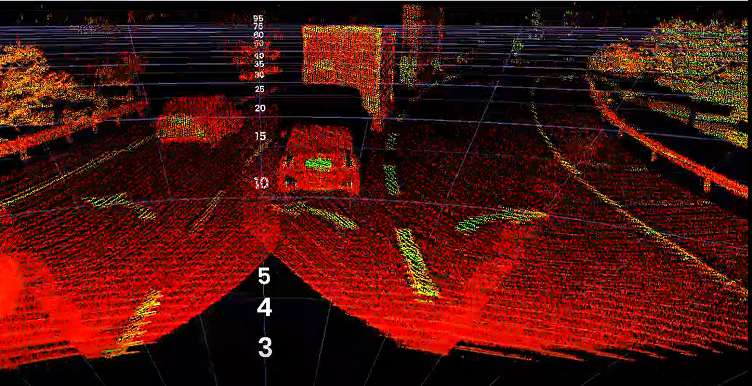 Baraja, Hesai, Innoviz, Magna and Ouster have all committed to developing lidar sensors for the Nvidia Drive platform. Source: Nvidia

Nvidia’s Drive self-driving car platform is rapidly being adopted by automotive OEMs looking to use the technology as the backbone for future vehicles. Now, Nvidia has announced that five lidar sensor vendors — Baraja, Hesai, Innoviz, Magna and Ouster — have developed their offerings to run on the Drive platform.

At CES 2021 earlier this month, Nvidia revealed that four Chinese electric vehicle makers are using Drive for future cars that will include some semblance of automated features such as advanced driver assistance systems (ADAS). But it is not just Chinese vehicle companies using the technology as Amazon’s autonomous vehicle subsidiary, Zoox, is also planning to use Nvidia’s Drive for its Level 5 robotaxis and Mercedes-Benz plans to roll out a Drive-equipment fleet beginning in 2024.

Hesai’s lidar sensor offers a 360° horizontal field of view with a detection range from 0.3 to 200 meters. In the vertical field of view, it uses denser beams to focus on a particular region of interest.

Nvidia said most self-driving vehicle developers experiment with different sensors — modifying how many they use, where they put them and the different types. These configurations are used to improve the capabilities and to test new features.

Nvidia’s Drive platform allows for these different iterations as it is an open simulation platform with plug-ins for third party sensor models as well as those that have been specifically developed for the platform.

The ecosystem for Drive includes multiple lidar manufacturers — including Velodyne and Luminar and other tier-1 suppliers — with different features like wavelength, signaling technique, field of view, range and resolution.