Octopus-inspired arm can grip objects of all shapes and sizes

Researchers from Harvard John A. Paulson School of Engineering and Applied Sciences and Beihang University were inspired by octopus tentacles for their latest soft robot. The octopus-like soft robot arm can grip, move and manipulate objects of all shapes, sizes and textures. The device is promising for soft robotic actuators. 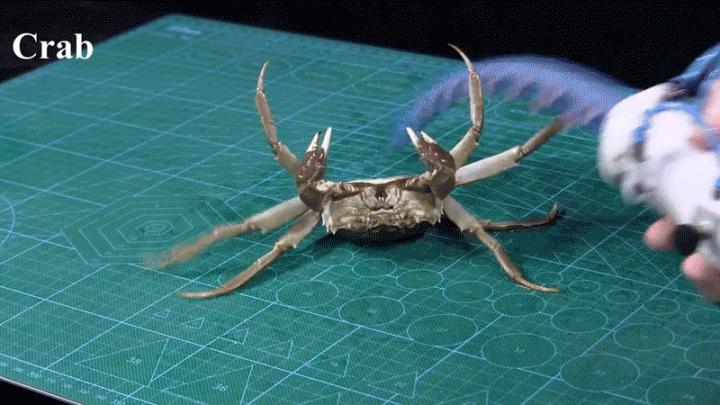 The soft robot is controlled with two valves, one to apply pressure for bending the arm and one for a vacuum that engages the suckers. By changing the pressure and vacuum, the arm can attach to any object, wrap around it, carry it, and release it. Source: Bertoldi Lab/Harvard SEAS

To create the device, the team first studied the tapering angle of real octopus arms and created a design for bending and grabbing that will work for a soft robot. They then studied the layout and structure of octopus suckers and incorporated their layout into the design to mimic the general structure and distribution of suckers. This design is simpler than a real octopus arm, but it can attach to almost any object.

The arm is controlled with two valves. The first valve applies pressure for bending the arm. The second valve controls the vacuum that engages the suckers. By changing the pressure and vacuum the arm can attach to an object, wrap around it, carry it and release it. Tapering allowed the arm to squeeze into confined spaces and retrieve objects. The team tested the device on a variety of objects and the arm was able to grip all of them.

A paper on the robot arm was published in Soft Robotics.