Leti, a research institute of CEA Tech, and Orolia, a developer of assured positioning, navigation and timing solutions for critical, remote or high-risk operations, have announced a new sensor-data-fusion engine that ensures resilient positioning and navigation even in cases of global navigation satellite system (GNSS) jamming or spoofing.

Called FlexFusion, the algorithm technology processes data from GNSS, inertial management units (IMU) and odometers to provide precise positioning in all conditions. FlexFusion's design relies on a modelization of 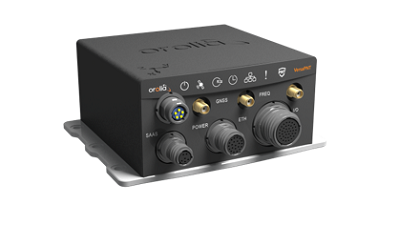 The fusion approach exploits Bayesian estimators (Kalman filters). The first algorithm was set up on modeling signals and its optimization relies on an extensive real-life sample database acquired through field test. This process used CEA-Leti's HYLOC reference platform, which provides a reference positioning of a few centimeters. More than 100 trajectory samples were collected in urban, suburban, forest and mountain environments with different GNSS outage conditions.

The new positioning technology supports edge AI because the data-fusion algorithm is performed locally to ensure that positioning and navigation information is available locally and is failsafe even in case of jamming or spoofing of GNSS data.

A version of FlexFusion that demands less of the CPU implements a loose coupling algorithm that uses GNSS receiver output positions as entry of the algorithm. An advanced version implements a tight coupling fusion algorithm of GNSS and IMU data that significantly enhances the resilience of positioning and navigation under real-world conditions.

This novel approach enables total control of treatments and filtering applied to raw signals, which increases fusion performance. It also improves positioning performance in particular if there are fewer than four GNSS satellites available, or when there are recurrent multitrajectories, which sometimes occur in urban canyons.

CEA-Leti has licensed the patented FlexFusion algorithm to Orolia. FlexFusion development was supported and partially funded by the Easytech program of IRT Nanoelec thanks to the French National Program ("Programme d'investissement d'avenir") ANR-10-AIRT-05.