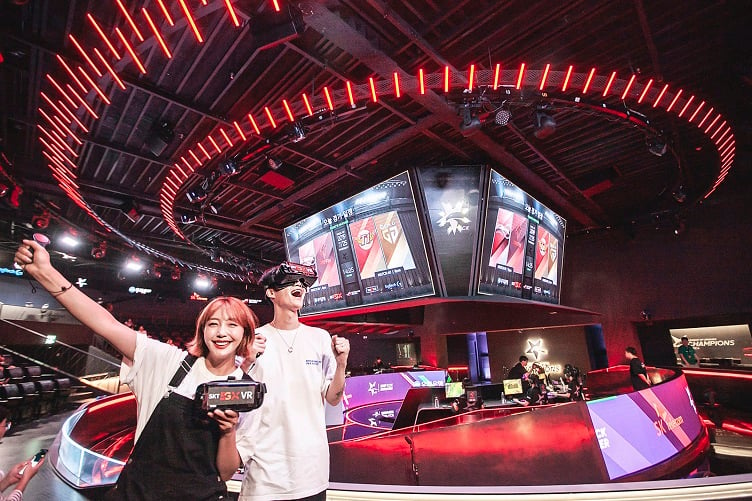 LCK VR Live Broadcasting gives players a 360° view through virtual cameras installed in LoL Park. VR Replay is an esports video that highlights the perspective of characters in the game via VR headsets.

SK Telecom has been experimenting with 5G as more than just a way to get faster data rates on smartphones. The company recently demonstrated how over-the-air, next-generation, television standard ATSC 3.0 could be used with 5G for in-vehicle infotainment.

The Korean telecom is also working with the Korean government to test how HD maps could be used to update and give real-time information to autonomous vehicles utilizing 5G technology.