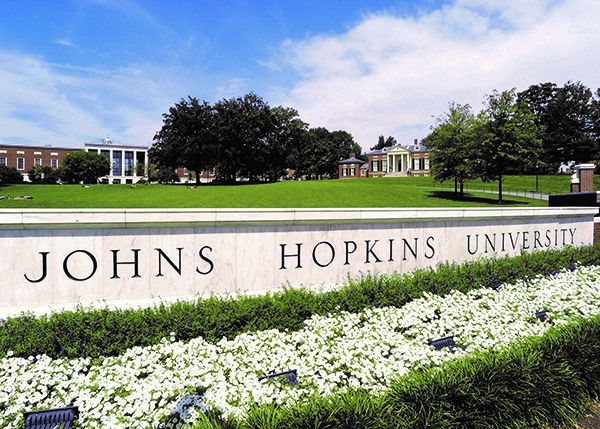 Of all the remarkable things engineers do for humanity, none may be more important than the ways in which they keep us safe from the many potential harms the world has in store. Among the Johns Hopkins Whiting School of Engineering (WSE) faculty, there is no shortage of engineers striving to make the world a safer place. In fields ranging from robots to computer science, their approaches are as creative as they are promising.

Robots to the rescue

While time is of the essence after an earthquake, hurricane or explosion, the resulting debris is often too treacherous or toxic for humans to enter.

Li, who heads the Terradynamics Lab in the WSE Laboratory for Computational Sensing and Robotics, is an expert in studying how such creatures move.

“We are not trying to copy exactly what these animals do. We want to learn their key advantages and build those into our prototypes,” Li explained.

For instance, he has created a cockroach-inspired robot prototype that can scale complex terrain with its many legs. It even has wings, just like the real thing, that can help the robot right itself, should it topple on its back.

But of all the cockroach’s many advantages, Li said, one overlooked key to its remarkable mobility is its almond-like shape. This streamlined form is both protective and unobtrusive, allowing the cockroach to deflect falling debris and to slip past obstacles without getting snagged.

But he remains unbowed. His latest tack is trying to create a prototype of a snake-like robot with a series of ratcheting wheels on its underbelly that easily roll forward, but not backward or sideways. Though snakes have scales instead of wheels, the effect is the same, as the scales help the snake robot to grip and propel itself forward through even the most difficult terrain.

While Li clearly has designed his animal-inspired robots with search-and-rescue operations in mind, he thinks his robots could have implications for many other fields, including structural and environmental monitoring, and even planetary exploration.

“Since I was a kid watching David Attenborough documentaries, I was always intrigued by animals,” Li said. “I’m fortunate to get to turn that into a career.”

For the many thousands of people with epilepsy who do not respond to medication, any moment could bring another seizure. Recently, medical science has begun to look deeper into areas in the brain —known as epileptic foci — where seizures are believed to originate.

“The foci are the epicenters of epilepsy — the heart of the earthquake — but they’re not always easy to delineate,” said Archana Venkataraman, the John C. Malone assistant professor of electrical and computer engineering and a member of the Malone Center for Engineering in Healthcare, who studies these elusive phenomena.

“We think engineering can help in that definition.”

The good news is that epileptic foci can be surgically removed to reduce or eliminate seizures. But, like any brain surgery, accuracy is paramount. Removing too much tissue can cause severe consequences while too little tissue may cause little or no benefit.

According to Venkataraman, current methods to identify epileptic foci are time consuming and prone to human error. So she is employing machine learning, a branch of artificial intelligence, to automatically pinpoint these epileptic foci by using brain imaging and electrical monitoring technology — magnetic resonance imaging and electroencephalography (EEG), in particular.

These techniques offer moment-by-moment snapshots of the brain’s physical and electrical activity. Using the method Venkataraman developed, computers examine and compare those snapshots and train themselves to spot patterns that are not always apparent, even to experts. With this information, she triangulates the precise location and size of epileptic foci.

Best of all, her approach is noninvasive, reducing risk for the patient, while promising greatly improved surgical precision. Venkataraman and graduate student Jeff Craley have developed a prototype seizure localization algorithm for EEG data acquired in the clinic; they are now working to make it more reliable for all epilepsy patients. Venkataraman is also seeking additional data and funding to take her work to the next level, where it will help real patients in real need.

A computer scientist and inveterate entrepreneur, Anton “Tony” Dahbura, class of 1981, Ph.D. 1984, took note one day when his son shared a growing concern about workplace safety.

“My son, who owns a demolition company, said, ‘Dad, sooner or later someone’s going to get smushed.’ And I got to thinking how we might solve the problem,” recalled Dahbura, executive director of the Johns Hopkins Information Security Institute.

The elder Dahbura borrowed a few off-the-shelf Bluetooth signaling devices — known as iBeacons — and mounted them atop workers’ hard hats. The beacons “pinged” periodically with a radio signal unique to each hard hat. Dahbura then placed a network of Bluetooth receivers around the exterior of an excavator.

Next, the computer scientist in him took over. Dahbura recruited students in the department of electrical and computer engineering and in the Center for Leadership Education to help him write software that triangulates the positions of each hard hat around heavy equipment and plots them on a monitoring screen mounted in the equipment’s cab. If a worker gets too close, an alert sounds and visual cues flash on screen. The system, dubbed Blindside, is like air traffic control for the work site.

In July 2018, Dahbura and two colleagues were awarded U.S. Patent 10,026,290 for Blindside. He has since developed kits to help heavy-equipment manufacturers retrofit existing equipment and is working with them to integrate Blindside into new vehicles. Recently, government regulators and insurance companies have taken note. Dahbura’s hope is that Blindside will become mandatory at all job sites.

“The financial consequences of a workplace accident can put a small company out of business,” Dahbura said. “But that’s nothing compared to the consequences of losing a life.”