The Defense Advanced Research Projects Agency or DARPA, operating under the U.S. Department of Defense, is known best for its robotics and automotive challenges and programs, and the zoomy - sometimes amazing - results they provide. Less known is DARPA’s interest in how accessing human brain signals and digitizing them can be beneficial in a myriad of applications.

Just announced, for example, is the funding of a new four-year $60 million research program called Neural Engineering System Design (NESD) to create a device the size of two stacked nickels, that can translate brain activity into digital data so that a computer can actually read thoughts. The program includes such disciplines as microelectronics, processing algorithms, photonics and scalable neural encoding and the expectation is that there will be multiple awards. 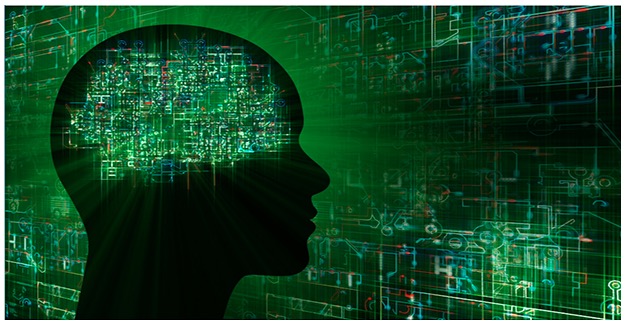 DARPA is inviting innovative proposals that cover the design, construction, demonstration and validation of a human-computer interface to record in excess of 1 million neurons and stimulate more than 100 thousand neurons in the brain—and do it in real time. This interface must be able to deliver continuous and simultaneous full-duplex interaction with human auditory, visual and somatosensory cortex brain regions. Ultimately the devices that are the result of the program will be used to compensate for deficits in sight or hearing, but will also be used in forward-thinking applications as well.

Requirements for the device include:

· A modular and scalable interface for use in multiple applications to monitor and modulate large-scale central nervous system activity.

· No external links or connectors for powering or facilitating communications.

· Neural signal transduction modalities or algorithms that can be used for future R&D.

Advances are required in such areas as neural transducers and algorithms as well as hardware, prototyping and manufacture. Three phases over a four-year period are expected for the NESD program.

Many programs are on the brain-to-computer research drawing board. To date, equipment that enables brain signals to interface with computers is painstakingly slow. EEGs and MRI devices can gather brain output, and neural headsets are available that claim to accurately track stress levels, movement and moods. So far, the devices do not have sufficient channels to be able to interface with the brain on the scale necessary for real-time communication with neurons over millions of channels.

The future will require invasive and non-invasive neural interfaces and there must also be precisely targeted stimulation with high spatial and temporal resolution to the brain or periphery that enables substitution for lost sensory inputs in the case of amputees and prosthetics, the immediate correction of dysfunctional networks, and finally, long-term restoration of healthy functional networks.

Neuroscientists, psychologists, clinicians, engineers, and mathematicians all have a role in the research and development, as will regulators, physicians and patients as the program moves forward. The goal is to create novel therapeutic capabilities and training paradigms that can restore and improve neural, cognitive, and behavioral functions.

Related DARPA programs include the Neuro Function, Activity, Structure, and Technology (NeuroFAST) program that will develop novel optical methods for the real-time functional recording of thousands of neurons, with single-neuron resolution. A challenge for the neural interface hardware is that as it is implanted, it must stay functional and biologically compatible, possibly up to decades, so that multiple surgeries are not required.

In 2014 DARPA introduced two programs to quantitatively characterize complex neuronal networks at the basis of healthy and aberrant cognitive and behavioral function, and develop devices that deliver advanced therapeutic neural stimulation to human clinical groups. The Systems-Based Neurotechnology for Emerging Therapies (SUBNETS) program addresses the treatment of complex neuropsychiatric and neurologic disorders. These involve imprecise surgical, pharmacological, psychotherapy and deep brain stimulation approaches where to date processes tend to be trial and error.

The second program, Restoring Active Memory (RAM) program, is tasked with developing computational models to quantitatively characterize the complex organization of memories in the human brain. In addition, its goal is to integrate the models into therapeutic devices for memory restoration in human patients with intractable illnesses and memory deficits. Typically the beneficiaries of such research would be those with traumatic brain injury.

A DARPA-funded research team has created a novel neural-recording device that can be implanted into the brain through blood vessels so that invasive surgery is not necessary. The device was developed under DARPA’s Reliable Neural-Interface Technology (RE-NET) program to safely expand the use of brain-machine interfaces in the treatment of physical and neurological disabilities and disorders.

Dealing with real-time decoding of brain signals is not only the goal of DARPA. A recent study was published in open-access PLOS Computational Biology by a team of University of Washington scientists.

The team implanted electrodes into the temporal lobes of epilepsy patients and were able to, for the first time, decode brain signals in almost the speed of perception. The scientists were able to predict in real time which images of faces and houses the patients saw with more than 95 percent accuracy.

The goal of the study was to implant electrodes in patients where medication did not relieve epileptic seizures, in order to figure out the sources of the seizures. Signals from electrocorticographic (ECoG) electrodes from multiple locations were processed with computational software that extracted voltages from hundreds of thousands of neurons activated by an image as well as the processing of power measurements across a broad frequency range. Within the study, patients were able to identify a target with less than 3 percent errors across all 21 runs.

Brain signals were digitized 1,000x per second and the software, through analysis, determined the combination of electrode locations and signal types that correlated with what the patient saw.

The study is a precursor to brain mapping, identifying in real time locations of the brain that are sensitive to certain types of information. The tools under development will have many applications, just as the DARPA tools will, in areas such as motor function, epilepsy and memory.