Harvard researchers have created Harvard’s Ambulatory Microrobot or HAMR. HAMR can walk on land, swim on the surface of the water and even walk underwater. 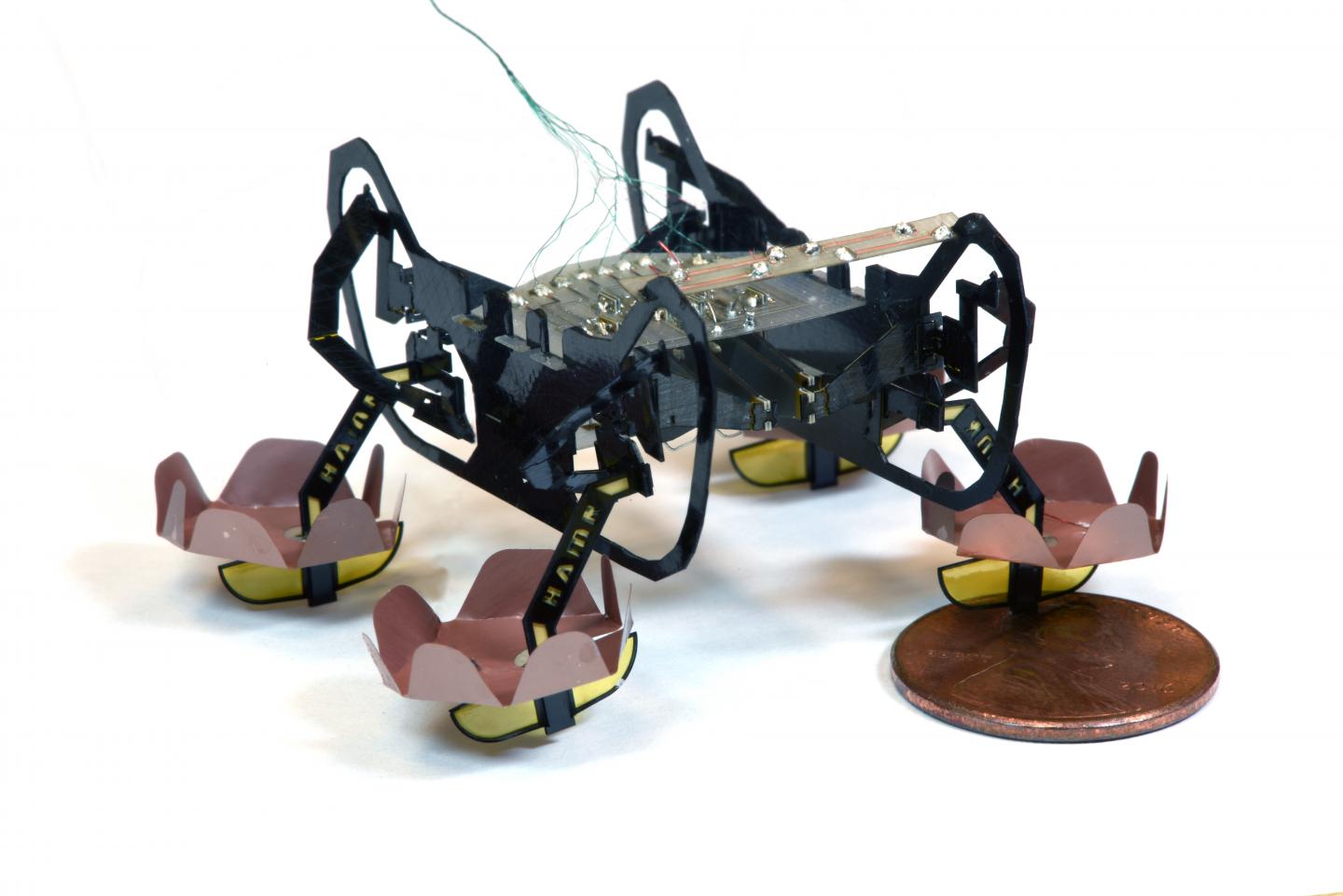 The next generation of Harvard's Ambulatory Microrobot (HAMR) can walk on land, swim on the surface of water, and walk underwater, opening up new environments for this little bot to explore. (Source: Yufeng Chen, Neel Doshi, and Benjamin Goldberg/Harvard University)

The footpads are four pairs of asymmetric flaps that are custom designed to different swimming gaits. HAMR’s footpads turn into robo-paddles that spin on the water’s surface, allowing the robot to swim. The swimming gait of the robot is very similar to the way a beetle swims. The legs paddle at 10 Hz.

"This robot nicely illustrates some of the challenges and opportunities with small-scale robots," said senior author Robert Wood, Charles River Professor of Engineering and Applied Sciences at SEAS and core faculty member of the Harvard Wyss Institute for Biologically Inspired Engineering. "Shrinking brings opportunities for increased mobility - such as walking on the surface of water - but also challenges since the forces that we take for granted at larger scales can start to dominate at the size of an insect."

"This research demonstrates that microrobotics can leverage small-scale physics -- in this case surface tension -- to perform functions and capabilities that are challenging for larger robots," said Kevin Chen, a postdoctoral fellow at the Harvard John A. Paulson School of Engineering and Applied Sciences (SEAS) and first author of the paper.

The size of the robot is key to how the robot can walk on land, swim on water and walk underwater. HAMR weighs 1.65 grams and can carry 1.44 grams of payload before it starts to sink. The robot is coated in polyene to stop it from short-circuiting when it is on or below the water.

The researchers say that the next step is to improve HAMR’s locomotion and find a way for the robot to return to land without a ramp. They say that gecko-inspired adhesives or improved jumping could be potential answers to this problem.

The paper on this tiny robot was published in Nature Communications.