Medical image registration is used by doctors daily to see the differences in two MRI scans. The process can take up to two hours to complete because the system has to align the scans pixel by pixel. This is nerve-wracking for the patient and time-consuming for doctors as well. 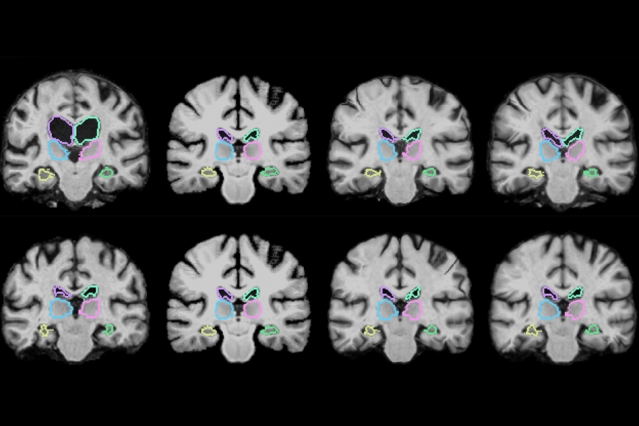 VoxelMorph learns while registering the images to create the perfect alignment for each scan. After the initial training, the learned parameters are used to map all pixels at once. VoxelMorph is powered by a convolutional neural network (CNN), which is frequently used for image processing.

"The tasks of aligning a brain MRI shouldn't be that different when you're aligning one pair of brain MRIs or another," said co-author Guha Balakrishnan, a graduate student in MIT's Computer Science and Artificial Intelligence Laboratory (CSAIL) and Department of Electrical Engineering and Computer Science (EECS). "There is information you should be able to carry over in how you do the alignment. If you're able to learn something from previous image registration, you can do a new task much faster and with the same accuracy."

MRI scans are essentially a series of 2D images that are gathered together to create a single 3D image. Because of this, it takes current algorithms a long time to scan the millions of 3D pixels, also known as voxels. Current algorithms also don’t learn from each scan, so every time a system scans two images, it is as if it's doing it for the first time.

"Essentially, they start from scratch given a new pair of images," Balakrishnan says. "After 100 registrations, you should have learned something from the alignment. That's what we leverage."

In order to train VoxelMorph, the algorithm was fed 7,000 MRI brain images to scan and learn from. The team then fed the system 250 images to test if the system had learned properly. The brain scans were fed into the algorithm in pairs. The CNN, modified layer and spatial transformer were all used to capture similarities in all the voxels in the scans. The scans enabled the algorithm to learn about groups of voxels that can be used and combined to an MRI brain scan.

When VoxelMorph is fed a new MRI brain scan, the trained system can find the perfect alignment for the images. In testing, the system could register all 250 new scans within two minutes when paired with a traditional central processing unit.

VoxelMorph is an unsupervised algorithm, so doctors could let it operate without having to monitor it. The system guarantees image smoothness and was proved to be just as accurate as current methods, all within a fraction of the time taken by previous methods.