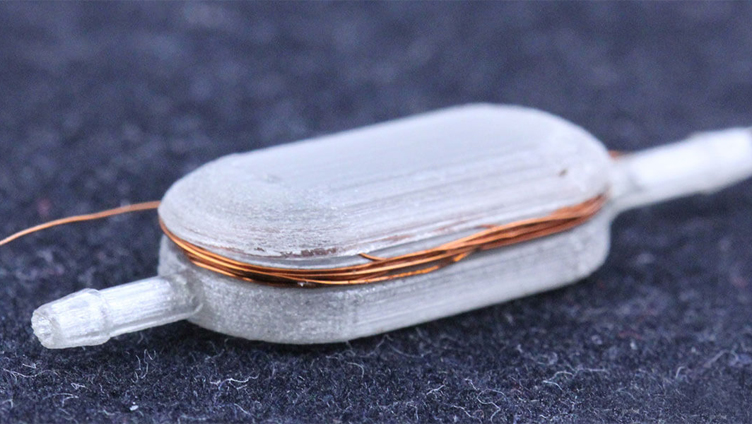 Hydrocephalus, also known as “water on the brain,” is a condition affecting one in every 500 children born. It’s incurable, bringing on splitting headaches as a result of the excess fluid and, if left untreated can cause brain damage or death.

On the bright side, it’s treatable. Since the 1950s, shunt implants have been used in affected pediatric patients. Shunts are a type of tube that act as “plumbing,” draining excess cerebrospinal fluid (CSF) from the brain and sending it to the patient’s stomach where it can be reabsorbed. However, such devices are purely mechanical. They have no sensing capabilities to detect inevitable problems such as clogs, which often go undiagnosed until patients are in extreme pain.

Enter a team of two biomedical researchers from USC Viterbi School of Engineering, who decided to work on adding awareness to this simple medical device. Their work, which began in 2013, led to Senseer, a startup specializing in biomedical devices with patented microsensing technologies. The company has introduced the world’s first multi-sensor smart shunt system.

The researchers, Ellis Meng and Tuan Hoang, often work with doctors to develop solutions for unmet clinical needs. They identified the shunt problem after consulting with pediatric neurosurgeons at Children’s Hospital at Los Angeles (CHLA), then recruited a team of biomedical engineering Ph.D. students to develop novel sensor technologies.

“Forty to fifty percent [of shunts] clog up within the first year after being implanted,” says Alex Baldwin, a Ph.D student who serves as Senseer’s chief technical officer. “And after a decade, 80 to 90-percent of shunts have failed. These patients are almost guaranteed to need at least one shunt revision or more in their lifetime.”

Some patients, in fact, need as many as 10 shunt corrections or replacements within the first year, according to Trevor Hudson, another Ph.D student on the Senseer team.

That’s not necessarily the worst of it: differentiating a shunt failure from other ailments with the same symptoms can take multiple brain scans over a period of months, and an invasive procedure known as a “shunt tap.”

The new devices, which are currently being studied, worked on and validated in tests, measure three different shunt parameters, pressure, flow and occlusion (blockage). Information about any of these could lead to early intervention prior to failure. Senseer’s vision is to store the device’s clinical data in a database cloud, where it will be analyzed through self-diagnosis. Doctors can then be alerted as necessary.

According to Baldwin, the next steps are to package the sensors in an implantable form and to manufacture wireless devices to work toward human trials. Looking ahead further, Senseer hopes to deploy its microsensor technologies to upgrade other implantable devices as well.