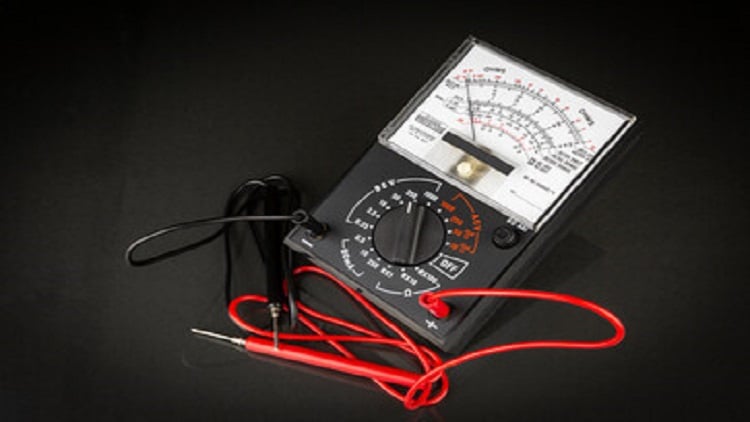 Figure 1: Analog ohmmeters are devices used to measure electrical resistance in a circuit or a component. Source: Jorge Anastacio/Adobe Stock

To understand how analog ohmmeters work, consider a simple ohmmeter circuit shown in Figure 1. This circuit features a 12 V source (battery) and an analog movement component with a 500 Ω movement resistance (meter resistance or internal resistance) and a full rating of 1 mA.

When the ohmmeter’s two test leads are apart, there is no current flow through the circuit. As a result, it could be said that the ohmmeter measures an infinite resistance, which is indicated by the pointer’s deflection toward the extreme left of the scale. Now when the two test leads are directly connected, there will be maximum current flowing through the circuit (see Figure 2). 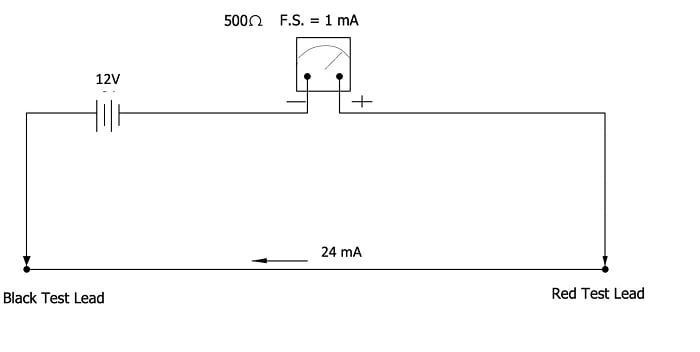 It could be said that the ohmmeter measures zero resistance, which is indicated by the pointer’s deflection toward the right side of the scale. As a result, this circuit will experience an electric current of 24 mA, as shown in the equation below. 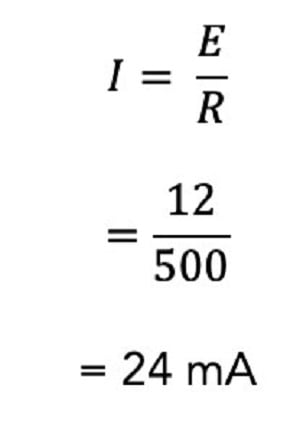 This electric current value (24 mA) is far above the rating of this meter (1 mA) and will likely damage the meter. To solve this challenge and limit the current in the circuit to 1 mA, add resistance (in series) to the meter’s circuit, as shown below.

The required series resistance value that will limit the circuit current to 1 mA can be determined by calculating the total resistance of this new circuit and subtracting the meter’s internal resistance, as shown below: 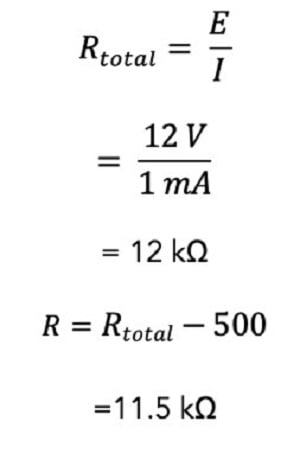 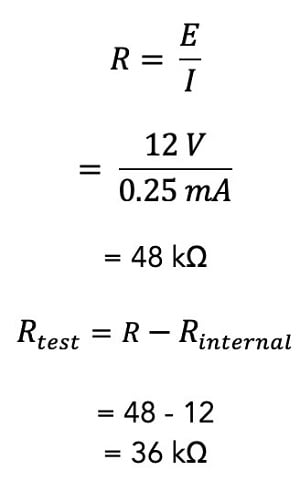 The amount of resistance that will cause a half-scale deflection of the circuit is 12 kΩ, as shown below: 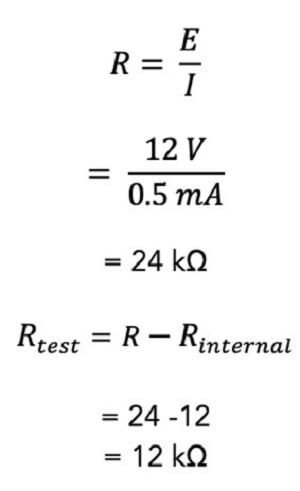 Finally, the resistance value that will cause a three-quarter scale deflection of the pointer can be determined as follows: 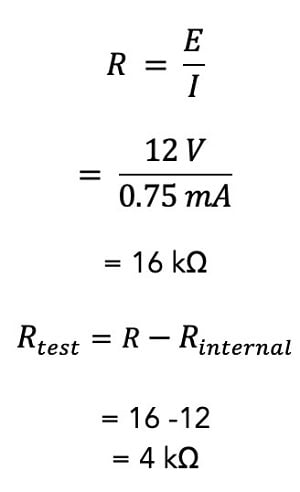 Therefore, the ohmmeter scale for this particular scenario is shown in Figure 4 below. 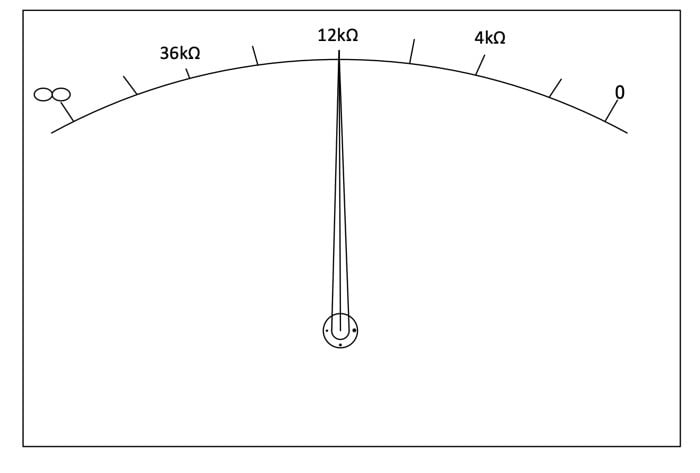 Figure 5 shows a typical circuit for a shunt-type ohmmeter. In this circuit, the unknown resistance (Rx) is connected in parallel across the meter component through the test leads. 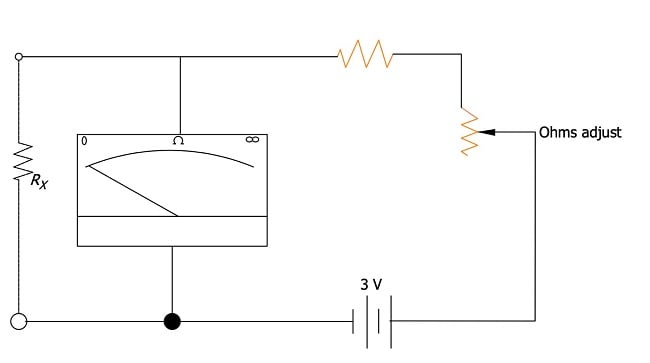 If the terminals of the test leads are shorted (i.e., Rx = 0), it causes all the current to be shunted away from the meter mechanism. This causes the meter mechanism to deflect toward the left of the scale to indicate 0 resistance. In contrast, high Rx values allow higher currents through the meter, causing the meter’s pointer to deflect to the right.

Shunt ohmmeters are ideal for measuring low resistance values (in the range of 5 to 400 Ω).

Ohmmeters are essential measurement devices used for many applications today. While this article presents helpful information about basic analog ohmmeters, several other types of ohmmeters provide better accuracy and a higher measuring range than analog ohmmeters. Therefore, engineers are advised to reach out to ohmmeter suppliers to discuss their application needs.