Paralyzed patients who currently rely on exoskeletons for movement, typically do so by manipulating a joystick to switch between various elements of walking, including standing, starting, stopping, and turning.

But now, researchers from the University of Melbourne have developed a paperclip-sized implantable device that can allow paralyzed patients to control their exoskeleton movements directly from their thoughts.

The brain machine interface is made up of a stent-based electrode (stentrode), which is implanted within a blood vessel in the brain, and records the neural activity that has been proven to move limbs with an exoskeleton. 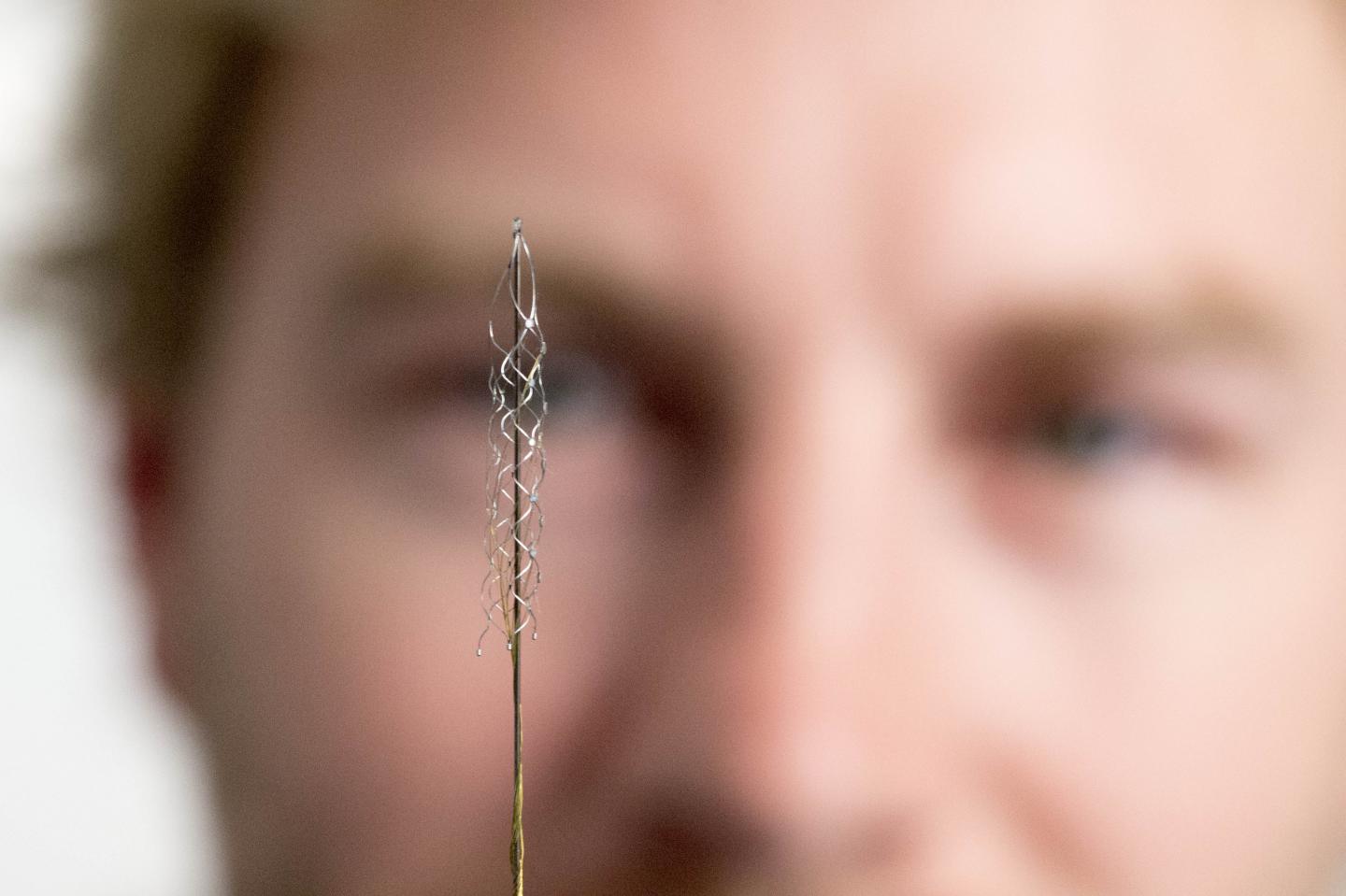 The Stenrode device is implanted in to a blood vessel next to the brain and can read electrical signals from the motor cortex. (Image Credit: University of Melbourne)

The researchers have shown that the device can record high-quality signals emitted from the brain's motor cortex, without the need for open brain surgery.

"Our vision, through this device, is to return function and mobility to patients with complete paralysis by recording brain activity and converting the acquired signals into electrical commands, which in turn would lead to movement of the limbs through a mobility assist device like an exoskeleton. In essence this a bionic spinal cord," said Dr. Thomas Oxley, principal author and neurologist at The Royal Melbourne Hospital.

The device is based on stent technology in which an electrode array self-expands to stick to the inside wall of a vein, which allows the researchers to record local brain activity. By extracting the recorded neural signals, they can then use them as commands to control wheelchairs, exoskeletons, prosthetic limbs or computers, according to co-principal investigator and biomedical engineer at the University of Melbourne, Dr. Nicholas Opie.

The new device will be implanted in the first in-human trial at The Royal Melbourne Hospital in 2017, at which time, the researchers hope to achieve direct brain control of an exoskeleton for three people with paralysis.

"To be able to create a device that can record brainwave activity over long periods of time, without damaging the brain is an amazing development in modern medicine," said Terry O'Brien, Head of Medicine at Departments of Medicine and Neurology, The Royal Melbourne Hospital and University of Melbourne.

The researchers believe that the device’s applications won’t only be limited to assisting those with paralysis, but could also be used to assist patients with spinal cord injuries, epilepsy, Parkinson’s and other neurological disorders.