Biologists from Swansea University say that new technologies are transforming the way that researchers study wild animals. New tech combines animal tracking data and environmental data from satellites or drones. This allows scientists to study entire groups of animals and how they interact with each other and other groups of animals, as well as how the environments these animals live in are changing. 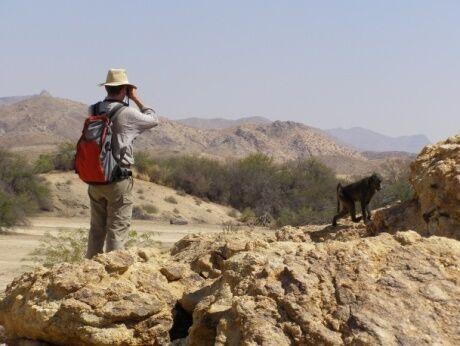 Researchers today have access to way more technology and gadgets than ever before. One major gadget that is used is the bio-logger. A bio-logger is an electronic tracking device that attaches to an animal and records GPS position and how the animal is moving.

Studying the behavior of all the individual animals within a larger group at the same time has been almost impossible until now. Researchers have been able to study this in a laboratory setting, but they have been unable to achieve accurate data in the animal’s natural environment. This new tech has allowed researchers to study group animal movements with more detail than has ever been possible.

Dr. Ines Fürtbauer, a senior lecturer at Swansea University, said, "Studying social behavior in the wild is hard. When observing monkeys I have to focus my attention on one or two individuals at a time. Bio-loggers - which are electronic devices that can be attached to an animal, for example on a collar, are changing things - they can provide data on the behavior of many individuals simultaneously."

Dr. Gaëlle Fehlmann, co-author based at the Max Planck Institute of Ornithology in Germany, said, "These new data are allowing us to study social behaviors in unprecedented detail. Where wild animal groups are in conflict with people, for example, it means we can better predict how they may cope with any management imposed by people."

The paper on this research was published in Trends in Ecology & Evolution.