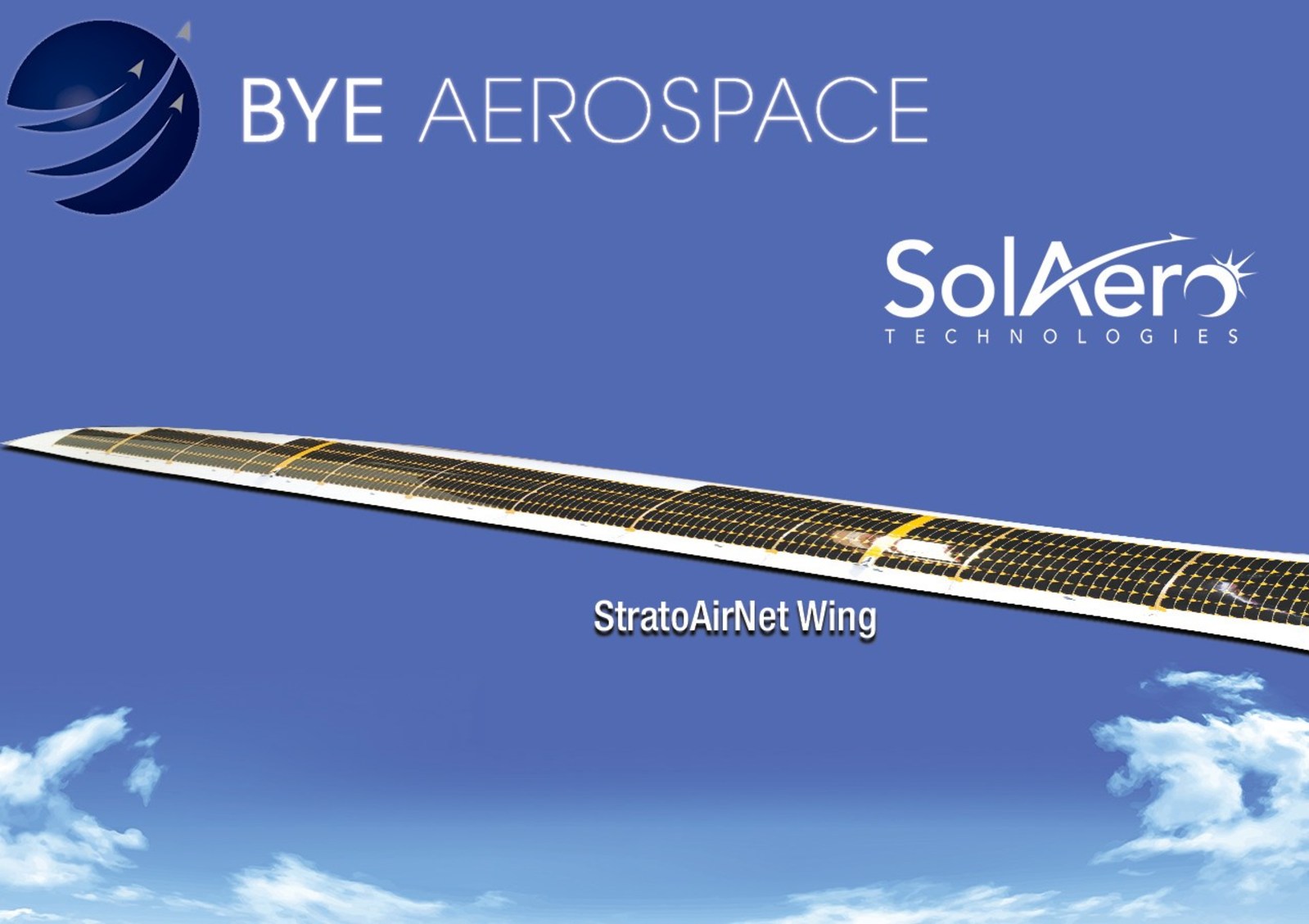 The Bye Aerospace “StratoAirNet” families of “atmospheric satellites” are intended to provide support for commercial and government security requirements. The SolAero and Bye engineers have worked to accomplish this. The initial medium-altitude StratoAirNet 15 proof-of-concept prototype is nearing completion and is currently in the final assembly step. Final assembly and integration of the wings and power systems of the 15-meter wing span solar-powered StratoAirNet are planned to start in November 2017. Ground and flight tests will follow at the new facility at the Northern Colorado Regional Airport in Colorado.