A Wireless Emulator for 5G Research 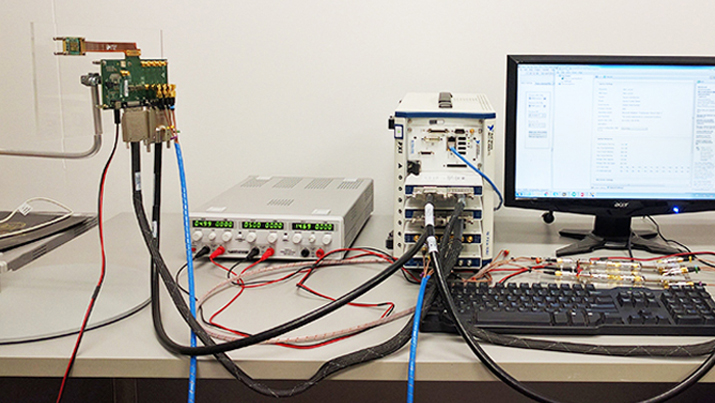 Beyond 4G wireless lies 5G: a new paradigm for communications based on high data rates, long battery life and low latency that will support much higher mobile device capacity and the internet of things. While standards for 5G deployment are still in development, some of the most promising progress can be found in research happening at university-based organizations—such as Center for Advanced Technology in Telecommunications (CATT) and NYU Wireless, both based at New York University’s Tandon School of Engineering in Brooklyn.

Recently, researchers there built a wireless emulator suitable for 5G systems featuring massive bandwidths and hundreds of antenna elements. Their patented design emulates not only the wireless channel, but also the phased arrays (also known as beamformers) on both transmitter and receiver devices under test (DUTs). As such, it allows for faster development cycles while significantly lowering cost and complexity.

One of the critical challenges for 5G is design and testing of the new generation of wireless systems. A key testing component is channel emulation: simulation of a configurable wireless channel between transmitter and receiver DUTs. Channel emulators have been widely used for Wi-Fi, 3G and 4G LTE development. An emulator can be configured to reproduce a variety of wireless scenarios, including urban microcell, rural macrocell, mobility patterns and variable weather conditions. Emulation offers reproducibility and enables worst-case scenario design validation and testing—an essential step before costly and time-consuming over-the-air and field testing.

In the existing emulation paradigm, the TX and RX DUTs are connected using cables—one signal vector for each antenna element—to a channel emulator. The wireless channel is generally described via multipath fading profile. One of the key elements of 5G design, however, is the use of millimeter wave beamformers that, compared to existing 4G systems, increase the number of antenna elements by an order of magnitude, and operate at bandwidths similarly increased. As a result, there are currently no commercial emulators suitable for 5G testing.

The emulator is flexible, supporting signals in baseband, IF or RF, depending on DUT configuration. Researchers can experiment over different theoretical phased-array designs, further accelerating the research and development in protocols at all layers of the protocol stack. The NYU team has already demonstrated the emulator with 64-element DUTs and more than 2 gigahertz bandwidth at two major trade shows.

The project was enabled by a commercial off-the-shelf (COTS) component hardware donation from National Instruments. The NYU researchers are also making the emulator software, along with reference TX and RX DUT software designs, freely available to academic researchers.

For a schematic explanation of the emulator paradigm, click here.