Researchers from UCLA and the University of Connecticut have created a new implantable device with an energy storage system that draws energy from the human body. It is called a biological supercapacitor, and operates using charge particles from fluids in the human body and is biodegradable. The biological supercapacitor does not do any harm to the body. This device could lead to breakthroughs in longer lasting pacemakers and other implantable medical device technology. 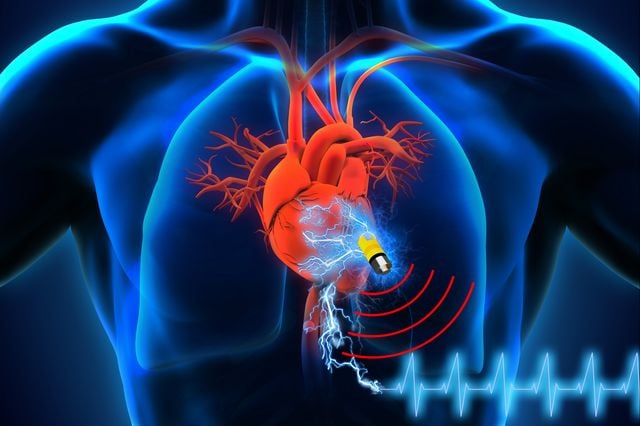 Pacemakers and other implantable medical devices have saved many lives, but they are not as technologically advanced as they could be. Currently, implantable medical devices are powered by traditional batteries, which have a shelf life. When the batteries run out of power they must be replaced, which means that a person with the device must undergo another distressing surgery, which could put them at risk for infection. Traditional batteries have the possibly a toxic materials leak, which could be very harmful to the person with the device.

The research teams recognized this problem and set out to create an implantable device that doesn’t require batteries, and they created the biological supercapacitor. The supercapacitor charges using electrolytes from biological fluids like blood, serum or urine. It would work with another device, called the energy harvester, which converts heat and motion into electricity, similar to a self-winding watch harvesting power from the owner’s body movements. The electricity produced is then transferred to the supercapacitor.

The supercapacitor is made out of a carbon nanomaterial, graphene, layered with modified human proteins acting as an electrode and a conductor through which electricity from the energy harvester can enter or leave. This new platform could be used to develop next-generation implantable devices that could speed up bone growth, promote healing, or stimulate the brain.

Supercapacitors have not yet been widely used in the medical world, but the study says that they may be viable for the purpose.

“In order to be effective, battery-free pacemakers must have supercapacitors that can capture, store and transport energy, and commercial supercapacitors are too slow to make it work,” Maher El-Kady, a UCLA postdoctoral researcher and a co-author of the said, “Our research focused on custom-designing our supercapacitor to capture energy effectively, and finding a way to make it compatible with the human body.”