Sony Corporation (“Sony”) is announcing the commercialization of a new 2.45 effective megapixel CMOS image sensor for automotive cameras, the IMX390CQV type ½.7. Samples will begin shipping in May 2017, and mass production shipments will start March 2018.

The image sensor is equipped with an LED flicker mitigation function that reduces flickering when shooting LED signs and traffic signals, and an HDR function capable of 120dB wide dynamic range shooting. The IMX390CQV is the first in the industry that can mitigate LED flicker and shoot in HDR at the same time. This is made possible by Sony’s original pixel structure and exposure method. The image sensor offers high-sensitivity performance capable of producing high-quality color images even in low light, like moonlight. 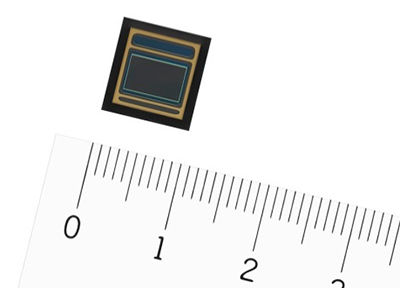 The image sensor has simultaneous LED flicker mitigation and HDR functions. LEDs are often used for traffic signs and signals, as well as car headlights and taillights. Automotive cameras must be able to capture these elements accurately, but the fast repeated flashing of the LEDs generates LED flicker, which can make the photo unreadable. Sony’s new image sensor has fixed this issue by making the exposure time longer than the LED flicker frequency. This minimizes the risk for LED flicker in a photo.

Automotive cameras must be able to take photos with minimal noise, no loss of shadow detail and no highlight blowout. This is a problem in environments like tunnels or urban areas at night. Sony’s new image sensor addresses this issue by featuring Sony pixel structure and an exposure method that delivers an HDR function capable of 120dB wide dynamic range shooting with low noise.

Another feature that the image sensor has is high sensitivity 1,953mV. It is equipped with circuits processing improved efficiency when converting electrical signals received from photodiodes to voltage signals. This delivers the highest sensitivity at approximately 1.5x that of conventional image sensors for 2.0-megapixel class automotive cameras, according to Sony. This lets the sensor capture high-quality color images even in low light conditions. The Sony image sensor will meet quality standards required for automotive applications.

To learn more about the Sony IMX390CQV, click here.