Engineers at MIT have developed a microfluidic device that mimics the pumping mechanism of trees and plants, which could be used to make robots move.

Trees and plants are natural hydraulic pumps. They pull water up from their roots to the leaves and pump the sugars produced by the leaves back down to the roots. MIT’s “tree-on-a-chip” operates passively without the use of moving parts or external pumps allowing it to pump water and sugars through the chip at a steady flow rate for several days.

Such a pump could be used as a simple hydraulic actuator for small robots, engineers say, and solve a problem where pumps have been too complex with too many moving parts to control the movement in small robots. 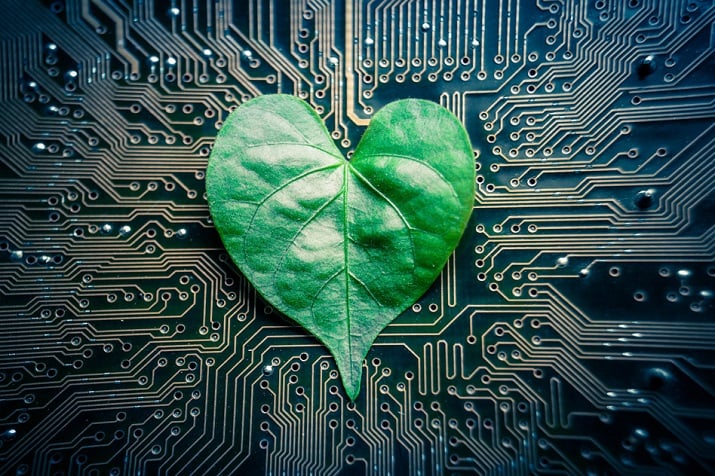 Engineers at MIT created a chip that mimics trees and plants and could one day power small robots through hydraulic power. Source: MIT The goal of this work is cheap complexity, like one sees in nature,” says Anette Hosoi, professor and associate department head for operations at MIT’s Department of Mechanical Engineering. “It’s easy to add another leaf or xylem channel in a tree. In small robotics, everything is hard, from manufacturing, to integration, to actuation. If we could make the building blocks that enable cheap complexity, that would be super exciting. I think these [microfluidic pumps] are a step in that direction.”

The project came from the idea to design hydraulic robots at a small scale that could perform actions similar to much bigger robots—such as Boston Dynamics’ four-legged Saint Bernard-sized robot that is powered by hydraulic actuators.

Propelled by surface tension, water travels up a tree’s channels of xylem then diffuses in the membrane and down into channels of phloem that contain sugar and other nutrients. Engineers have previously attempted to build tree-inspired microfluidic pumps by fabricating parts that mimic xylem and phloem but found these designs quickly stopped pumping within minutes.

MIT engineers found an essential third part of the pumping system in the leaves, which produces sugars through photosynthesis. In the model, there is an additional source of sugars that diffuse from leaves into a plant’s phloem increasing the sugar-to-water gradient helping to maintain a constant pressure.

The team used this in their design for the tree-on-a-chip that not only includes the tree’s xylem and phloem but also the sugar-producing leaves.

Two plastic slides were sandwiched together through which they drilled small channels to represent xylem and phloem. The xylem channel was filled with water and the phloem channel filled with water and sugar. A semipermeable material was used to separate the two slides and another membrane was placed over the slide of the phloem channel with a sugar cube on top to represent the additional source of sugar diffusing from the leaves.

The simple setup resulted in passively pumping water from a tank through the chip and out into a beaker. This happened at a flow rate for several days, as opposed to other research that only lasted several minutes.

The “tree-on-a-chip” pump could be built into a small robot to produce hydraulically powered motions without the use of active pumps or parts. “If you design your robot in a smart way, you could absolutely stick a sugar cube on it and let it go,” Hosoi says.