The Rise of Robots

The word “robot” comes from the Czech word robota, meaning "forced labor," and was first used in Karel Capek’s 1920 play "R.U.R." (Rossum’s Universal Robots). Ever since then, robots and their relationship to humans have held an enduring fascination for writers and filmmakers, from Isaac Asimov’s “Three Laws of Robotics” to the iconic R2-D2 and C-3PO in the "Star Wars" movies. You don’t have to look very hard to find visions of a more dystopian future. The "Terminator" franchise, with its vision of Skynet waging all-out war on the human race courtesy of a never-ending series of killer drones and cyborgs, has raked in over $1.8 billion at the box office so far. It has also spawned a thriving range of products, including toys, video games, Halloween costumes and even baby clothes.

Back in the real world, everybody is familiar with stock footage of the modern automated assembly plant: lines of industrial robots tirelessly spot-welding car bodies, applying sealant to an airplane fuselage, or performing pick-and-place operations in a computer factory. Robots have spread to the warehouse, too: putting together a pallet or stacking boxes in an Amazon distribution center.

Outside of the factory, kinder, gentler robots are cropping up everywhere—from the hospital to the home hobbyist’s workbench—spurred by dramatic advances in technology that have slashed costs and simplified the development process. 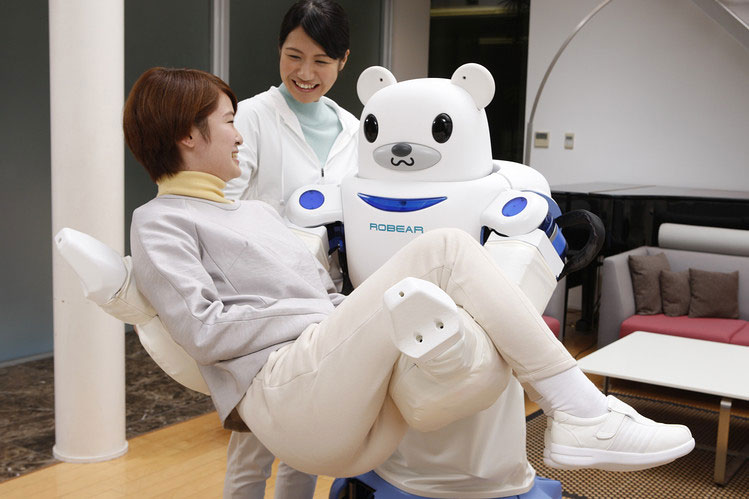 Figure 2. Designed to help Japan’s aging population, the Robear can lift a patient or help a person to walk. (Image Source: RIKEN)

In the hospital, the da Vinci surgical robot has been helping surgeons perform minimally invasive procedures, such as prostate removal, hernia repair and hysterectomies since 2000. The robot uses up to four arms that can hold a variety of surgical instruments: a surgeon seated at a console controls the movement of the arms.

And the first robot phlebotomist may soon be drawing blood at a clinic near you. The Veebot illuminates the arm with infra-red light to pick out vein locations. After it identifies a suitable vein, an ultrasound probe makes sure there is sufficient blood flow; then the robot positions the needle and inserts it into the vein.

Other healthcare robots are on the way, too: the Robear research robot in Figure 2 helps lift patients in and out of bed—a strenuous task that caregivers must perform an average of 40 times a day. The latest version weighs 140 kg, the weight of its predecessor.

Attaching a robotic device to a human body to improve performance has been a movie staple for years—remember RoboCop? But now it is moving from the laboratory to the street with the development of wearable robotic devices.

Robotic exoskeletons have multiple medical applications, such as helping paralyzed people walk or even replacing missing limbs. In industry, they can help workers lift heavy loads.

For use in less benign environments, the U.S. Defense Advanced Research Projects Agency (DARPA) is developing robotic exoskeletons that are designed to amplify a soldier’s strength and stamina without blocking movement.

Still in the research stage, a soft exosuit can provide assistance to first responders or hikers by reducing the energy needed to carry heavy loads, as well as help the hip, knee and ankle joints. The wearable robot uses a variety of textiles in combination with a waist belt, calf straps and thigh pieces that are connected to two motors on a backpack. In operation, the motors help the user by transferring energy to the suit via two cables.

The Technology Behind the Robot Revolution

Most of us do not have the ability to draw on DARPA’s $2.87 billion budget or employ a team of Ph.D. researchers. An industrial welding robot on an assembly line may cost over $100,000, but many of the other robots we have mentioned rely on much lower-cost technology.

Several key advances are responsible for enabling this new generation of robots, and even bring them within reach of the home hobbyist.

The brains behind the brawn come from low-cost microcontroller development boards from Arduino and Raspberry Pi; more traditional microcontroller suppliers—such as Microchip and NXP (soon to be part of Qualcomm)—also offer similar boards for their products.

Any robot worth its salt must have a way to gather information from its surroundings to sense its location and orientation, or perform tasks. Semiconductor manufacturers offer sensors based on MEMS technology that provides an inexpensive way to measure pressure, position and acceleration. Ultrasonic sensors inexpensively measure distance, and you can even purchase a radar transceiver for under $20.

There is also downloadable software that will combine the inputs from multiple sensors to compensate for individual sensor weaknesses, and provide a more accurate overall result—a process known as sensor fusion.

What about motive power for moving your robot around obstacles or lifting objects? The radio-control (RC) vehicle market has spurred development of many servo motors and driver boards with prices as low as a few dollars.

There is also a huge selection of add-on boards based on these components, as well as project sites with detailed instructions. Check out this Arduino-based radar, for example.

Build Your Own Robot

You can start your robot adventure with an easy-to-assemble mini-robot kit. The Arduino Robot in Figure 3 is a wheeled robot that is based around two Arduino ATmega32u4 microcontroller boards. It comes with a color LCD screen and a range of input/output devices, such as switches, potentiometers, a speaker and an SD card reader. Figure 3. The Arduino Robot provides a low-cost way to get started in the robot-making business. (Image Source: Maker Shed)

If your interests run more towards the software side, Intel offers the Aero Drone, a fully assembled quadcopter software development platform. The Aero Drone is ready to fly, and includes a flight controller, GPS, compass, airframe, motors, transmitter and receiver—everything except a charged battery!

If you have your own drone and just need to control it, Intel’s Aero Compute board, available separately from the Aero Drone, provides the intelligence: it is a playing-card-sized system, based around Intel’s quad-core Atom processor, that runs up to 2.56 GHz. The kit includes 32 GB of embedded storage, a micro-SD slot, Wi-Fi, USB 3.0, support for Intel’s RealSense camera and other vision accessories. It also offers 15 configurable I/O pins. The board runs under the open-source Linux OS and includes sample applications and APIs to simplify the interface to flight and vision systems.

What if you are not content with a pre-assembled kit and want to build your own robot from the ground up? The maker movement is tailor-made for people like you.

The maker movement takes the “can-do” spirit that in earlier generations spawned inventors like the Wright Brothers and Thomas Edison, and adds the tools and technologies of the internet age, plus access to a global network of maker-friendly suppliers.

To build your robot, you will need plans and instructions. The maker movement offers access to downloadable digital software that helps you design and model your creation in virtual reality; forums, social networks and other sites can answer your questions, give you advice, allow you to collaborate, or let you share your results with others.

To learn new skills, makerspaces offer expertise, resources and tools to learn about, build or hack technology. If your vision includes fabricating your own metal parts, Tech Shop is a chain of workshops that provides members access to design software and a wide range of equipment, including milling machines, lathes, woodworking machines, laser cutters, sheet metal equipment, welding equipment and 3-D printers.

If you have a year-end bonus that is burning a hole in your pocket, consider a scaled-down maker version of a traditional industrial machine. For example, the Othermill is a desktop CNC milling machine that sells for around $2,200. It works on a variety of materials, including metal, wood and plastic, and runs under either Windows or Mac OS X. While this is not a small sum, a traditional entry-level machine can run over $50,000.

You can find the parts you will need not only from home hobbyist-oriented sites such as DFRobot, but also from mainstream electronic component suppliers such as Arrow, Avnet, Digi-Key or Mouser.

The do-it-yourself programmable mechanical arm shown in Figure 4 is capable of both linear and rotational motions similar to those of a human arm. The project was built from scratch. It uses six low-cost servo motors and Arduino boards, and is controlled by software running on a PC. You can download complete plans and instructions from instructables.com The robot began life in the imaginations of a few visionary writers and filmmakers. It came to life in the large-scale industrial factories of the late 20th century, and is now spreading into many aspects of our lives.

With the advent of low-cost technology, the internet and the maker movement, the robot is now sparking the imaginations of a generation of inventors and home hobbyists.