Yes, amateur radio is still a thing: Here's why

Amateur or “ham” radio is a method of two-way communication. At first glance, it resembles Citizen’s Band (CB) radio or perhaps walkie-talkies, but there is much more to it. Amateur radio has more capabilities beyond what is possible with a walkie talkie or CB radio.

Besides local communication, as is possible with a CB radio, amateur radio can be used to bounce signals off layers of the ionosphere, a layer of the Earth’s atmosphere with free electrons and ions due to incoming solar radiation. Because this layer is high above the Earth’s surface, these reflective layers can be used to bounce signals long distances, making amateur radio a world-wide communication method. 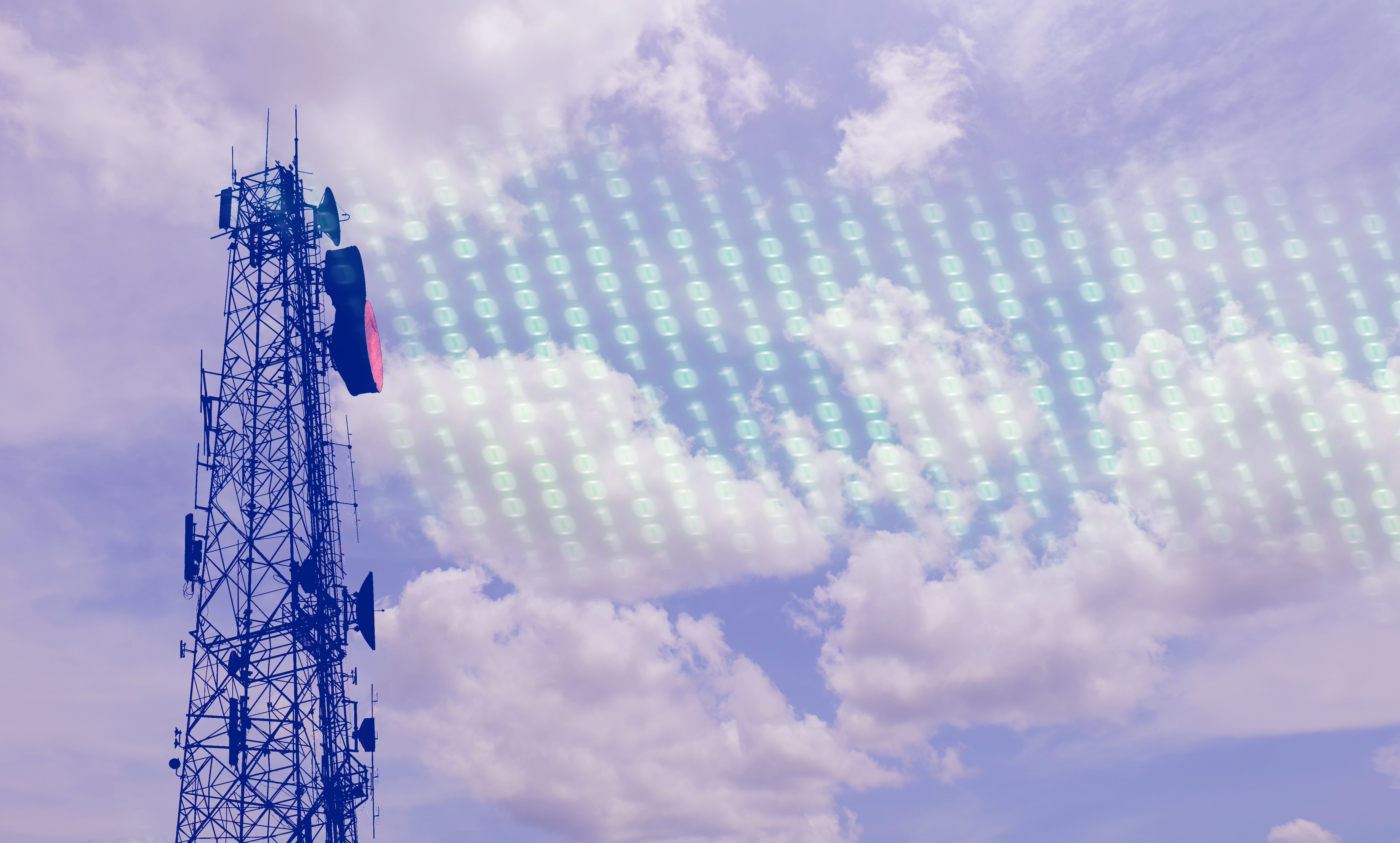 Voice modes are probably the most obvious; each operator speaks into a microphone. However, inside of voice modes are Amplitude Modulation (AM), Frequency Modulation (FM) and Single Side Band (SSB), all of which take the operator’s voice, mix in a high frequency and send the signal to an operator elsewhere. The operator’s radio then removes the high frequency, and the audio will come through their speaker.

CW is a method of sending Morse Code. Morse Code is simply the agreed upon sets of “dits” and “dahs'' used to make letters and words, and CW is an on/off switch to an oscillator that sends tones when switched on. In other words, CW is the original digital mode, “on” sends a tone and “off” sends nothing. CW is still very popular, as it tends to be more audible through noise.

Digital modes are also very popular and grow by leaps and bounds each year. In these, the amateur radio operator inputs words on a computer, which then packages the characters into a signal to be sent through the radio. There are many different digital modes, with “FT8” being the most popular. Others include phase shift keying 31 Hz, radio teletype and many others. With amateur radio, new modes can be created by amateur radio operators, provided they meet FCC guidelines.

In the earlier days of amateur radio, it was a way to communicate with the rest of the world. Before the internet and smartphones, talking with people at the opposite side of the country or even in different countries was difficult. Amateur radio solved this problem by allowing for long distance communication for reasons like current events, geographical exploration and cultural study.

In amateur radio parlance, homebrewing refers to DIY setups and equipment, as amateur radio’s early days were filled with experimenters. Because radio was a new science, amateur radio operators were constantly pushing the technological envelope with new antenna designs, filters and other hardware, as well as communication protocols. Even during its mature age, software packages for modulating communication modes, logging contacts, programming radios and the like were developed by tinkerers and experimenters. Many ham radio operators still use homebrew equipment.

Homebrewing is one of the fastest growing fields in amateur radio. In the early days, radio experts built antennas and hardware. Many of today’s homebrewers still do so, but there is a rise in microcontrollers and programming as well. Microcontrollers like Arduino, or small computers – Raspberry Pi being the most notable – have been used to make programmable keyers for Morse Code, automatic position reporting system trackers for tracking a mobile station’s location, modulators for various communication modes, power monitoring devices and a host of other projects.

Smartphones and wireless internet connections are nice but require a substantial amount of infrastructure to be reliable. The reliability decreases, though, during disasters or emergency situations, such as the power outages over Texas in the winter of 2021, or Hurricane Katrina back in 2005. Even a localized set of severe storms can hamper communication networks for days, leaving first responders without adequate communication.

Outside of the practical and educational uses of amateur radio, radio hobbies are also popular. There exists many radio contests, where operators attempt as many contacts in a short amount of time as possible or in as far a distance as possible. Some contests, such as the American Radio Relay League Field Day, emphasize aspects of emergency communications, where extra points are awarded for the use of solar panels over commercial power, yet also rely on making as many contacts as possible in a given timeframe.

Besides contests, there are reliability awards like the “Worked All States,” “Worked All Counties” and awards for working different numbers of “DX” or foreign stations. DX100 is awarded for working 100 countries. 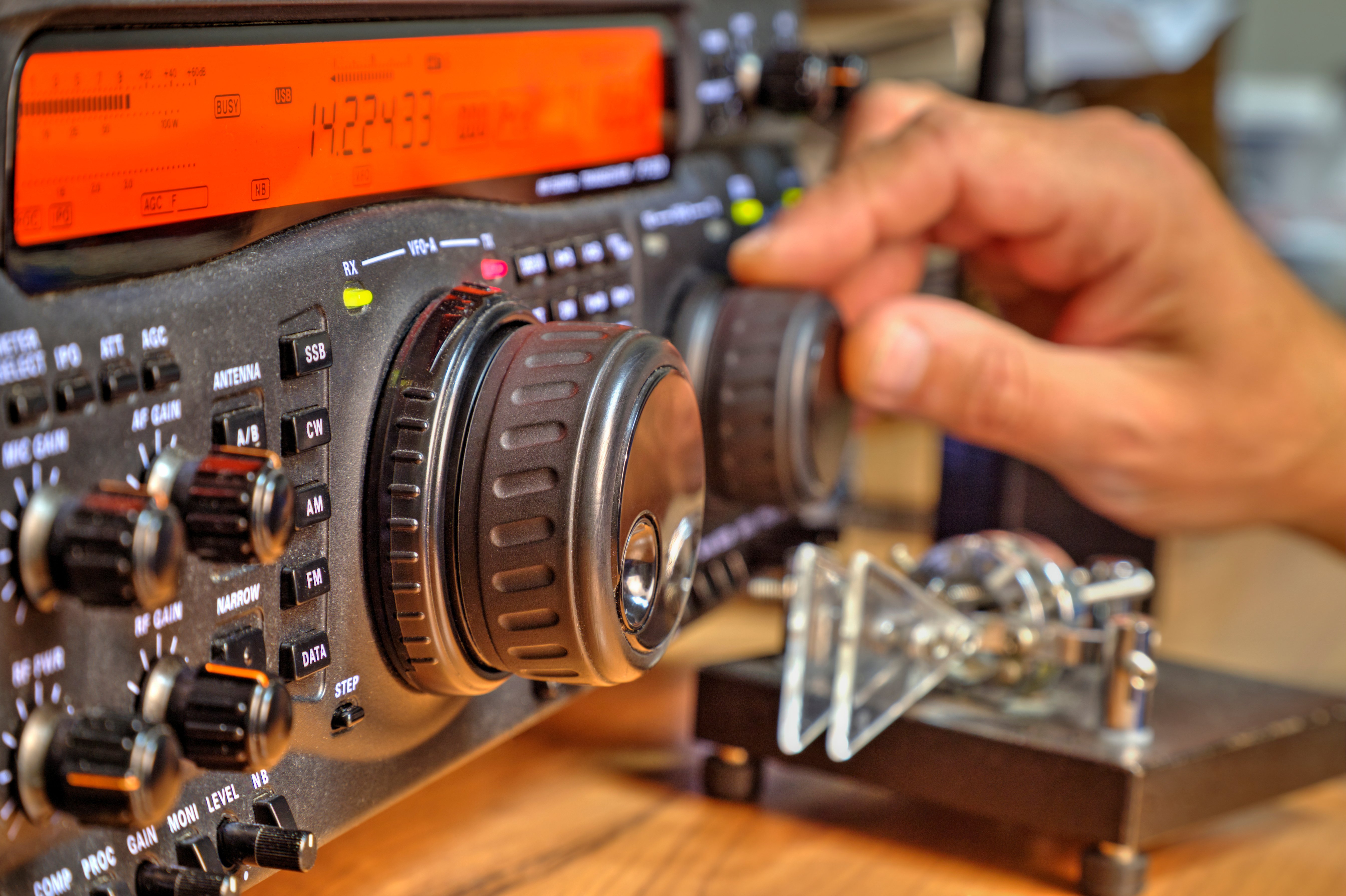 Homebrewing is one of the fastest growing fields in amateur radio. Source: phadventure/Adobe

With great power comes greater responsibility, and amateur radio is no exception. As an amateur radio operator, worldwide communication is possible. The opportunity of interfering with existing radio infrastructure, including emergency communications, is always present. Because of this, amateur radio operators must be licensed through the FCC. There are three license classes that must be taken sequentially. Each brings new privileges, adding new swaths of the electromagnetic spectrum for which the ham can communicate.

The first is a Technician class license, which consists of a multiple-choice test on rules and regulations of operation and some basic electronic and radio knowledge. Once this exam is passed, the FCC will issue an official amateur radio callsign – similar to a codename – for self-identification during communications. The technician class license is good for voice communications on VHF and UHF bands for talking locally, as well the 10 m HF band, which can be used for very long-distance communications. CW is allowed on a few bands as well.

After the Technician class license, there is the General class license. It also requires an exam focused more heavily on radio and electronics. Once passed, the operator gets more voice privileges on long distance bands (12 m, 15 m, 17 m, 20 m, 40 m, 60 m, 80 m and 160 m).

The final license class is the Amateur Extra exam, which dives deeply into electronics and radio theory. While the operator gets some new privileges by passing this exam, it is not as substantial of a gain as from the General class. However, the parts of the bands are more frequented by rare DX (foreign) stations, meaning they are choice pieces of each band.

The future of amateur radio

Once dismissed as an “old man’s hobby,” amateur radio has grown in popularity since the COVID-19 pandemic. Many who were familiar with the hobby found time to explore and even meet new people without leaving home.

The digital modes have breathed new life into amateur radio, where hams are constantly developing new communication protocols and building homebrew equipment and software to communicate with. Learning about electronics through hands-on activities appeals to folks from all ages.

Amateur radio is an ever-evolving hobby that will remain relevant for quite some time to come.