Tesla beat out several firms in the running for the energy storage bid and was the only bidder awarded the utility project out of the solicitation. Tesla claims that once completed, the system will be the largest lithium-ion battery storage project in the world, with enough energy to power more than 2,500 households or the ability to charge 1,000 Tesla vehicles. 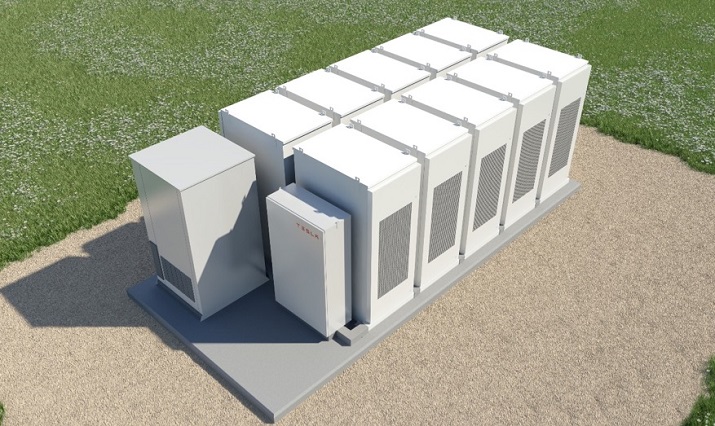 Tesla’s Powerpack utility energy-storage system will be used to power a new facility in Southern California. Source: Tesla The contract became available after a rupture in the Aliso Canyon natural gas reservoir in California caused a methane gas spill that displaced more than 8,000 residents while pumping out 1.6 million pounds of methane into the atmosphere. After the leak, the California Public Utilities Commission mandated the procurement of energy storage and asked Southern California Edison to solicit bids for a utility-scale storage solution that could be in operation by the end of this year.

Tesla says that by using its Gigafactory, it will be able to manufacture, ship, install and commission this large-scale utility energy-storage system in three months. The system will use electricity from the grid during off-peak hours and then deliver electricity during peak hours, in order to help Southern California Edison manage its energy use in and around the Mira Loma location that serves 15 million residents. The Powerpack system will help reduce the need for electricity generated by natural gas and help solidify a more resilient power grid.

Tesla says the electric power industry is the last great industry where energy storage has not made a huge impact, and the deal with Southern California Edison may be a stepping stone toward future utility projects coming online not just in the U.S. but also worldwide.