Chuck Heschmeyer
High-performance electronic circuits made entirely from transparent materials have a variety of useful applications, from head-up displays on car windshields to transparent TV sets and smart windows for homes and offices. However the current material of choice for such electronics, indium tin oxide, or ITO, is expensive and in short supply. 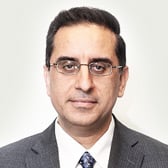 A transparent material known as aluminum-doped zinc oxide, or AZO, has been shown to be a low-cost alternative to ITO, but it has not been able to match the ITO’s performance in electronic devices.

To overcome this limitation, researchers from King Abdullah University of Science and Technology, known as KAUST, used a high-precision technology called atomic layer deposition, a process in which the circuitry is built up one layer of atoms at a time. Volatile vapors of aluminum and zinc in the form of trimethyl aluminum and diethyl zinc were alternately introduced onto the transparent substrate, where they adhere to the surface in a single layer before reacting in situ to form AZO.

Moreover, atomic layer deposition only requires a temperature of 160° C to form each layer, which is low enough for the transparent circuitry to be formed on flexible plastic substrates as well as on rigid glass, he said.

For many electronic devices, the key component is the thin film transistor. For this component, researchers used a transparent material called hafnium oxide, which was sandwiched between layers of zinc oxide, to form the highly stable transistors used to fabricate the transparent circuits. Results so far are the best yet for fully transparent transistors using AZO contacts, researchers said.