New ultrathin film can autonomously switch from dark to light

Researchers from KAIST created an optical film technology that allows smart windows to autonomously switch between being transparent and opaque in response to light conditions. The film has promise in many applications that require active optical transmission modulations like privacy-protection windows, zero-energy buildings and beam projection screens. 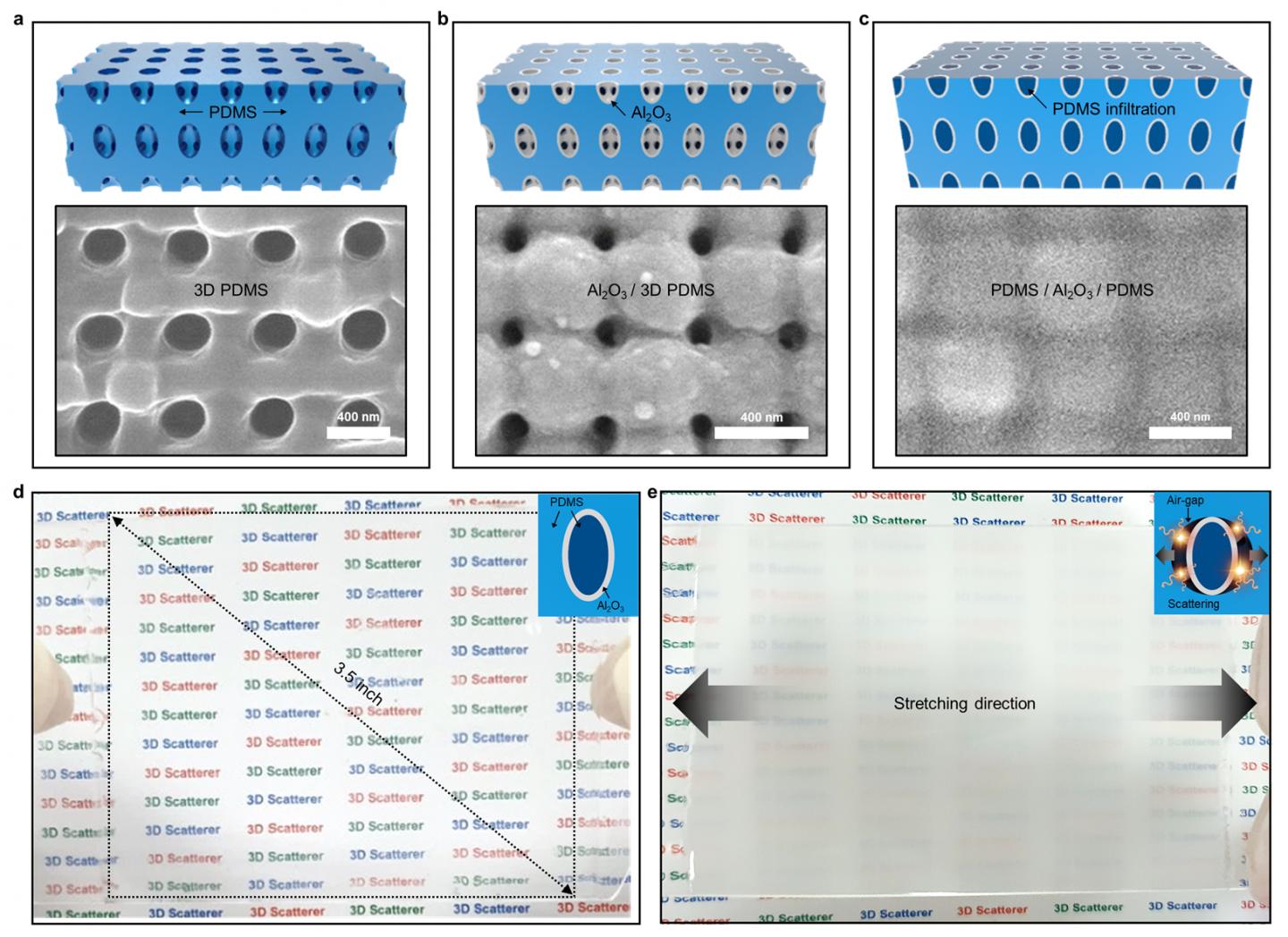 Design concept of and fabrication procedures for the 3D scatterer. Source: KAIST

The film is a 3D hybrid nanocomposite with a highly periodic network structure. It has high performance that allows smart windows to quantify and self-regulate high contrast optical transmittance. The team also created a mobile app that goes hand in hand with the film for internet of things (IoT) applications.

The film’s durability and stability was tested with over 10,000 tests of harsh mechanical deformation and under high temperatures of up to 70° C. After the experiments, the team identified the physics of optical scattering phenomena happening in heterogeneous interfaces.

To operate, the film just needs to be applied to a conventional smart window’s surface. There is no reason to replace the existing system which keeps it open to a wide range of applications.

A paper on this technology was published in Science.