Researchers from the Massachusetts Institute of Technology have revealed a new kind of wearable chemical sensor that can connect to a smartphone or wearable device to detect trace amounts of toxic gases.

The newly developed sensors weight just about as much as a credit card and cost only a nickel to make. This technology paves the way for inexpensive radio-frequency identification (RFID) badges that can be used for personal safety and security. The badges could even be worn by soldiers on the battlefield to quickly detect chemical weapons like nerve gas or choking agents, as well as people who work around hazardous chemicals prone to leakage.

"Soldiers have all this extra equipment that ends up weighing way too much and they can’t sustain it,” said Timothy Swager, the John D. MacArthur Professor of Chemistry and lead author on a paper describing the sensors that was published in the Journal of the American Chemical Society.

“We have something that would weigh less than a credit card. And [soldiers] already have wireless technologies with them, so it’s something that can be readily integrated into a soldier’s uniform that can give them a protective capacity.”

The sensor is a circuit comprised of carbon nanotubes-- a normally highly conductive material. In this case, the team wrapped an insulating material around the nanotubes to keep them in a highly resistive state. Once they are exposed to certain toxic gases, the insulating material breaks apart, and the nanotubes become even more conductive, sending a signal that’s readable by a smartphone with near-field communication (NFC) technology, which allows devices to transmit data over short distances.

According to MIT, the sensors are sensitive enough to detect less than 10 parts per million of a toxic gas in about five seconds. 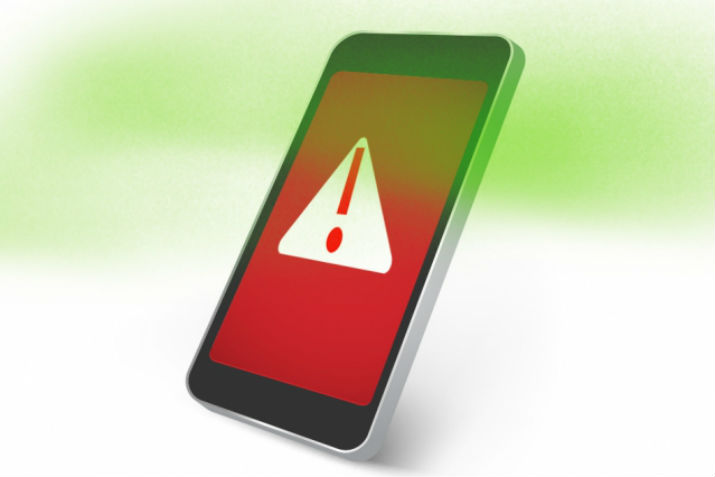 “We are matching what you could do with benchtop laboratory equipment, such as gas chromatographs and spectrometers, that is far more expensive and requires skilled operators to use,” said Swager.

About four million sensors can be made from approximately 1 gram of the carbon nanotube materials, which brings production costs down to about a nickel.

“You really can’t make anything cheaper,” said Swager. “That’s a way of getting distributed sensing into many people’s hands.”

To build their wireless system, the researchers created an NFC tag that turns on when its electrical resistance dips below a certain threshold.

Smartphones send out short pulses of electromagnetic fields that resonate with an NFC tag at radio frequency, inducing an electric current, which relays information to the phone. But smartphones can’t resonate with tags that have a resistance higher than 1 ohm.

The researchers applied their nanotube/polymer material to the NFC tag’s antenna. When exposed to 10 parts per million of SOCl2 for five seconds, the material’s resistance dropped to the point that the smartphone could ping the tag. Essentially, it’s an “on/off indicator” to determine if toxic gas is present, Swager said.

The team’s next step is to test the sensors on live chemical agents outside of the lab, where they are spread out and harder to detect, especially at trace levels. In the future, the researchers also hope to develop a mobile app capable of making sophisticated measurements of the signal strength of an NFC tag. For example, differences in the signal will indicate higher or lower concentrations of a toxic gas.