Six Amazing Teens and Their Inventions

It must be the ability to “see” without the interference of decades of noise and people telling them “you can’t” that enables teen inventors today to produce amazing solutions. While some of the following inventors came from a family of engineers, others lack the network and the wealth typically necessary to bring a product or concept to fruition. Yet, succeed they do. What follows are six teens and their amazing inventions that promise to have an impressive impact on society.

First, when looking at several of these teens, there seems to be a few habits in common for most, including:
• They are excited about and take advantage of technology-based classes.
• They set out to solve a particular problem.
• They want to improve quality of life in some way.
• They are still kids—most appreciate common recreational activities.
• They set goals.

Several of the inventions mentioned below are ready for prime time or already in use, while others are still under development. Obvious, however, is the amazing accomplishment each teen has already achieved—especially the age at which they did it.

What is amazing, however, is that while 17, she invented a speech-based diagnostic test for Parkinson’s disease that is 96% accurate, and created a prototype of a glucose biosensor for smart diabetes management via a mobile app.

Pooja is the only child of two engineers from Bangalore, India. She began her love of technology early, spending summers involved in robotics programs, Web design and game programming. High-school classes included computing, artificial intelligence and DNA science. She was accepted to all eight Ivy League schools before selecting Harvard and earned a 4.57 GPA and a 2390 out of 2400 on the SAT.

In 2013, when Ryan Beck was only 13, he invented a football helmet that can help avoid concussions by decreasing the G force of a helmet-to-helmet impact by approximately 55%. Using a pendulum, pressure sensor and foam covered in neoprene, Ryan designed a slip-on helmet cover that provides greater protection for non-professional young athletes. The design won third place in a California State Science Fair.

Now 21 years old, inventor Boyan Slat from the Netherlands intends to clean plastic waste from the ocean. The project, under development since 2012 when Slat was only 17, has already gone through a year of feasibility tests with scientists and engineers and is now starting a two-year trial of a 1.2-mile area off the coast of Japan. 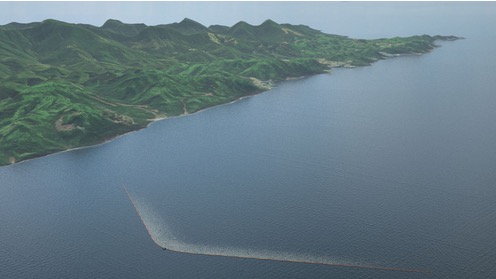 The Ocean Cleanup Array will be deployed in 2016, off the coast of Tsushima, an island between Japan and South Korea. Named the Ocean Cleanup Array, Slat’s technology relies on solar-powered spinning booms that act as a floating barrier in combination with ocean currents to concentrate plastic. The goal is to next target the Great Pacific Garbage Patch with the technology, to rid a 62-mile-long area over a 10-year period.

Within five years, the organization aims to deploy a 62-mile-long array that will be capable of capturing about half of the trash in the Great Pacific Garbage Patch, Slat said. According to a feasibility study conducted by the team of 100 scientists and engineers working with Slat, the giant array will be able to do that over 10 years. 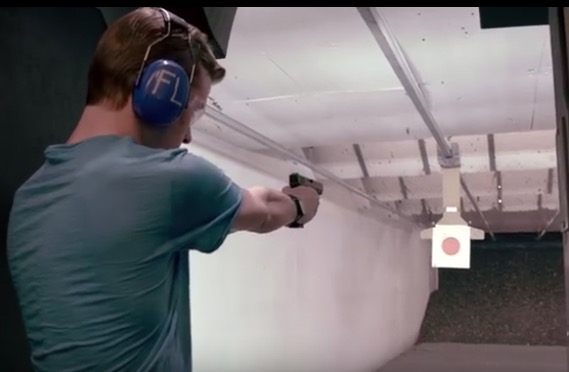 Kai’s work on the smart gun was, in part, inspired by the Aurora, Colorado, movie theater shooting in 2012. Source: Smart Technology Foundation
Kai integrated a programmable fingerprint scanner so that an unlimited number of users could use the weapon, while preventing those with fingerprints that are unrecognized from firing it. The technology has 99.99% accuracy for its recognition rate when used on a live firearm. User data is housed on the gun, making the system virtually hack-proof. To date, it is a prototype that works, but it is not yet ready for implementation according to Kai.

At 16, Arsh Shah Dilbagi, self-dubbed “Robo,” was a 12th-grader in Panipat, India. In addition to his love of robotics, his hobbies include photography, cinematography, Web design, 3-D modeling and rendering, and swimming. He is the first teen to develop a device for the speech-challenged, calling his device “Talk.” The invention converts a person’s breath into speech and debuted at the Google Science Fair Challenge 2014.

The portable 10 x 6 x 2 cm device runs more than two days on one charge. It is claimed to be the fastest AAC to date, has a near 100% accuracy and is available for under $100. There are nine voices (male and female) representing different age groups, and communication and command-phrase modes.

In order to use Talk, a patient must be able to create two distinguishable exhales that vary in intensity and in time. A pressure sensor monitors breath variations and converts them into electrical signals with a MEMS microphone. These are processed and interpreted similarly to Morse code into words and sentences before synthesizing.

Finally, at 15 years of age, Suman Mulumundi and his cardiologist dad, Mahesh Mulumundi, created a functional stethoscope powered by a smartphone. Housed in a case with a diaphragm, the device captures the heartbeat, which is displayed on the smartphone. Dubbed Steth IO, the device is now under development as part of startup company StratoScientific.

Whether they come from an engineering family or not, these examples (and a myriad of others) clearly support the importance of STEM programs in enticing students to confidently attack the challenges they see. Several of the inventors, such as Boyan Slat, are continuing to perfect their technologies, seeing their projects through to completion. Predictably, Slat has identified day-to-day management aspects of his ocean-cleaning innovation that are more difficult than managing the technology, yet he continues to stay involved with both.

Hats off to the parents, teachers and mentors that continue to motivate students and let them know that they can indeed make important contributions to the world—no matter their age.