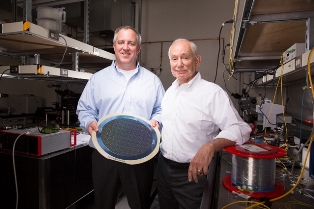 The $600 million partnership will receive $110 million from the federal government and the rest from a consortium of state and local governments including Massachusetts, manufacturing firms, universities, community colleges, and nonprofit organizations across the nation are supporting the project.

The partnership aims to spur the twin goals of improving integration of photonic systems while revitalizing U.S. manufacturing.

Massachusetts Institute of Technology (MIT), a major player in the consortium, will have its faculty manage important parts of the program, such as technological innovation in silicon photonics as well as provide a program in education and workforce development.

According to Lionel Kimerling, the Thomas Lord Professor in Materials Science and Engineering , Europe is ahead in industry coordination right now, following a decade of government investment. Kimerling says this partnership is “one of the first of this kind in the U.S., and the bet is that the innovation and research here, combined with the manufacturing capability, will allow our companies to really take off.” 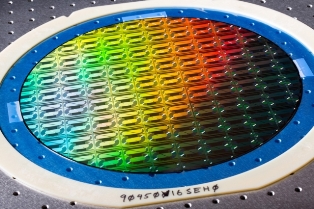 A photonics wafer. Source: MITThe integration benefits of photonics and electronics will enhance LIDAR systems that use light beams instead of radio waves and are used in collision-avoidance systems in cars, since they can provide greater detail than radar or sonar.

Integration of photonics and electronics could also lead to biological and chemical sensors with greater sensitivity than existing electronic versions, and in new kinds of medical imaging systems, such as optical coherent tomography.

“The goal of this initiative is to lower the barriers to entry in this field for U.S. companies,” says Michael Watts, an MIT associate professor of electrical engineering and computer science, who will lead the technological innovation in silicon photonics. “It is intended to function much like a major public-private initiative that helped pave the way for the development of electronic chip manufacturing in the U.S.

The new initiative hopes to develop an “integrated photonics” corridor along Interstate 90, from Boston to Rochester, NY, of industrial firms, much as Silicon Valley in Calif., emerged as a technology center around companies who developed chip-making technology.