Wearables start-up company Pebble recently completed one of the most successful Kickstarter campaigns, becoming the first project to reach $1 million on its first day. Its second-generation smartwatch, dubbed Pebble Time, has raised more than $13.3 million in its first week and ended its month-long campaign with more than $20 million raised—the most funding ever received for a project in Kickstarter’s history. 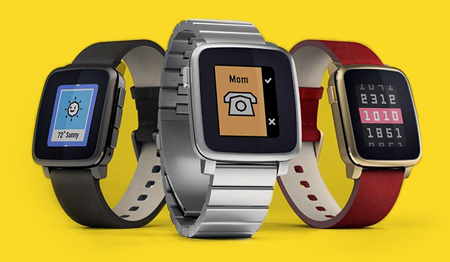 Pebble Time with its color e-paper display. Source: PebbleGiven the noise generated by the recent launch of Apple Inc’s Watch—with some proclaiming it would transform the consumer electronics landscape—why would more than 78,000 people opt for a brand not nearly as widely known instead of an Apple Watch?

The answer may stem from what Pebble Time offers that the Apple Watch does not—namely battery life and a low price, according to Antonios Maroulis, an analyst for mobile media at IHS Technology.

“It is reported that the [Apple Watch] battery life will not last the full 24-hour day and will start at the relatively high price point of $349,” Maroulis says. “In contrast, Pebble has managed to create a smartwatch with a color screen that will last between a reported 5 to 10 days at a more affordable price point.”

Pebble’s initial success originated from its first Kickstarter campaign, which led to its first generation smartwatch. The original Pebble smartwatch allowed for texting, emailing, as well as caller identification, and had a battery life of up to seven days. The watch was basic—with a black and white screen and a simple design—but functional, and earned the start-up a following. Pebble had sold more than 1 million of these watches by December of 2014. The black and white screen of the original Pebble. Source: Pebble

By the time Pebble opened its second Kickstarter campaign, the company already had fans. New backers came along that may have balked at the idea of forking out $349 or more for the Apple Watch. Pebble Time is 20% thinner than its predecessor with a color e-paper screen at a cost of $159 to early backers and $179 for those buying after the launch, Pebble says.

Since Pebble is compatible with both iOS and Android smartphone operating systems, some Apple users may also have a preference for a Pebble over an Apple Watch if battery life is important to them, Maroulis says.

Not Just a Cash Grab

Unlike a smartphone that has a multitude of features consumers use on a daily or even hourly basis, as yet, there is not a must-have feature that all smartwatch manufacturers need to include or a special “killer app” that makes everyone want to buy a smartwatch.

But that has not stopped companies from trying to jump on board the Apple gravy train. After Apple announced plans to introduce the Apple Watch, the market flooded with potential competitors. Maroulis says that there will no doubt be a rash of startups that seek to move quickly and establish a presence to ultimately sell to one of the Silicon Valley giants. But, as Pebble has demonstrated, there is a case to be made for a legitimate business, he says.

There have also been initial moves by traditional wristwatch-makers to enter the smartwatch space and this could open up the possibilities for these startups to partner with one of the big players, “as the wristwatch manufacturers have little experience in the tech sector,” Marouolis says.

Niche smartwatches have also been on the rise. Recently, smartphone firm HTC signed an agreement with sports equipment and clothing company Under Armour for the Grip smartwatch, which is targeted at athletes and fitness oriented consumers. Swedish truck manufacturer Scania AB is working on a smartwatch that will allow truck drivers to collect information on their rigs such as fuel consumption, driving efficiency and average speed, as well as allow them to receive texts, emails and phone call identification. Finland-based Meta’s smartwatch opts not so much for functionality, as it does fashion and compatibility with consumers’ jewelry. GPS giant Garmin is also getting in on the action with its line of multi-sport GPS smartwatches. 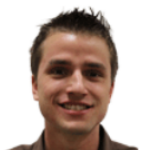 Antonios MaroulisOf course, larger electronics vendors are already mobilizing their manufacturing prowess to produce a variety of smartwatches, including Samsung--which has a watch on the market now--and LG. Both are also looking to feature cellular radios in the devices to enable use without a smartphone.

“The marketing push from Apple will generate greater interest for smartwatches. We have seen this with a number of other sectors,” Marouolis says. “So in a way, other smartwatch OEMs want to ride the wave with Apple. However, in order for a smartwatch manufacturer to achieve the same scale and profitability as Apple, they will have to develop and protect the ‘must-have’ smartwatch feature that really captures the average consumer’s eye.”

As Apple Goes, So Goes Smartwatches?

With the smartwatch sector so closely tied to the Apple Watch, if it fails to connect with consumers, does that automatically mean that these other niche smartwatches and competitors will fail as well?

Not necessarily, Marouolis says. With such a large number of companies converging on the smartwatch space—from fitness focused companies such as FitBit, Under Armour and Basis, to wristwatch-makers such as Swatch and Tag Heuer, to smartphone OEMs such as Samsung, LG and Huawei—if one segment fails at the smartwatch, it does not mean the entire sector will fail.