Editor's note: This article is the next in an Electronics360 series on 10 technologies with the potential to transform the world over the next five years identified by IHS.

Little, if anything, can be done without power. The means of delivering that power is undergoing fundamental changes as renewable energy sources such as solar and wind enter the power generation mix. The variability of these renewable sources places a greater premium on energy storage.

After several high-profile efforts—such as the MIT battery spinoff A123—failed to live up to expectations, various battery initiatives have largely fallen short, failing to keep pace with pent up demand. In the case of highly touted A123, Wanxiang Group, the advanced lithium-ion battery manufacturer concentrating on transportation and industrial applications, acquired the startup and its lithium-iron phosphate battery technology in 2013. 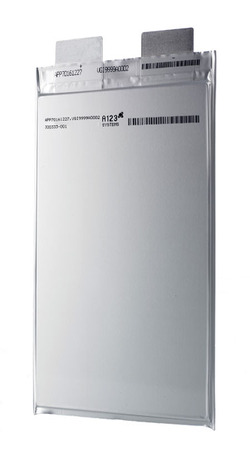 A123's nanophosphate cell. Source: A123 SystemsThe energy storage market has come back down to Earth as breathless expectations of technology breakthroughs have been tempered by the cold reality of physical limits. Advances in battery technology and mass deployment of battery-based energy storage have so far been stymied by the relatively high lifetime cost of batteries based on new chemistries, most notably lithium ion. Nevertheless, IHS Technology predicts the market, which currently is largely restricted to niche applications, is poised to expand as the pace of commercial deployments of energy storage systems gains momentum.

Despite the relatively slow pace of battery technology innovation—especially when compared to companion power electronics components—IHS nevertheless forecasts that energy storage will contribute to electrical grid reliability, while helping to boost the amount of renewable energy available on the emerging smart grid. For example, IHS forecasts that new solar storage systems for residential, commercial and utility-scale installations could jump nearly 18-fold over the next four years to 2.875 gigawatts.

Currently in the reassessment phase, the energy storage market appears to be shifting from technology such as A123's "nanophosphate" approach to reliable, safe and decidedly low-tech grid-scale technologies such as "flow batteries." Meanwhile, much of the power electronics innovation is emerging in areas such as wireless charging, led by major players like Intel Corp.

No Moore’s Law for Batteries

Given these developments, the seemingly slow progress on battery technology development compared to electronics is in fact a "false narrative" says Matt Roberts, executive director of the Washington-based Energy Storage Association. 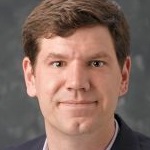 Matt Roberts"There isn't a Moore's Law for battery technology," Roberts continues, noting that battery technology is just one element of a distribution system that must be optimized for renewal energy sources. Another approach to optimizing today's energy grid is to "decouple generation from consumption," Roberts says.

While downplaying the relative lack of success of battery pioneers like A123, Roberts points to other promising technologies like flow batteries that operate much like fuel cells. In a flow battery, at least one of the reactants flows through the energy storage system compared to an integrated cell. Moreover, exotic battery chemistries are limited because the ratio of power capacity to energy storage capacity is fixed for integrated battery cells during the design and manufacturing phase of the battery cells. Hence, proponents of the technology say flow technology can be scaled up to grid applications.

As with most emerging technologies, energy experts note that the ability to scale energy storage technologies tends to trump other considerations. In the case of batteries, the emphasis is increasingly on grid-scale storage.

That is the approach being taken by EnerVault, a Silicon Valley energy storage company founded in 2008. The company opened the first-ever megawatt-hour scale flow battery installation in California's Central Valley in May 2014. The iron-chromium redox flow battery looks like an electrical substation with four large storage tanks surrounded by arrays of solar collectors. Redox refers to chemical reduction and oxidation reactions in the flow battery used to store energy in electrolyte solutions. Those solutions flow through a stack of electrochemical cells during charging and discharging.

"It's about power capacity and delivering power at peak demand," says Craig Horne, co-founder and chief strategy officer at EnerVault. Along with the ability to scale flow battery installations for the smart grid, the company is also stressing the safety advantages of redox flow batteries. By contrast, the energy in lithium-ion and other integrated cell batteries is always available to be discharged, requiring additional devices to guard against uncontrolled energy release. 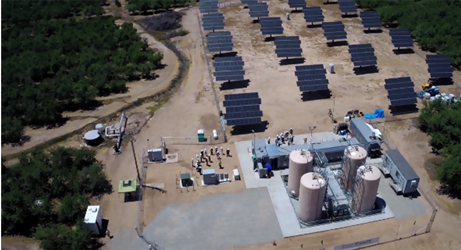 EnerVault has been busy expanding its footprint in Europe and Asia, and is planning to scale up its flow battery implementation in another undisclosed project scheduled to be switched on in late 2016, Horne tells Electronics360.

Wireless Charging a Boom for Semiconductors

As grid-scale energy storage projects are poised to expand, market watchers also see wireless charging as one area where microprocessor technology has managed to keep pace with demand.

The world's largest chipmaker is also a member of the Alliance for Wireless Power, formed in 2012. The group is seeking to create a wireless power transfer ecosystem based on its Rezence power transfer standard. 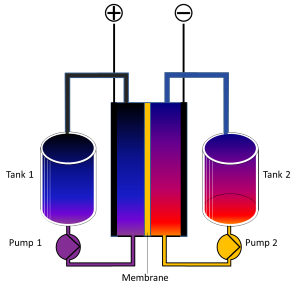 Schematic diagram of a redox flow cell of a flow battery. Source: WikipediaIntel's next-generation chip architecture—dubbed Skylake—is scheduled for launch later this year and will include wireless charging support, McAlpine says. Its wireless charging products have so far all been based on the Rezence wireless standard.

IHS predicts that the number of wireless-enabled notebook PCs will grow to nearly 16 million units by 2018, accounting for an estimated 17% of devices enabled for wireless charging.

Ultimately, the scaling of energy storage technologies is on an innovation curve that differs markedly from the chip technology that has been in the firm grip of Moore's Law for several decades. The drive for low-power chips is moving in parallel with sustained efforts to develop grid-scale energy storage technologies that can reliably meet the demands of a world full of mobile devices.

Either way, the growing need to tie renewable energy sources into the next-generation smart grids will lend additional impetus to efforts designed to scale emerging battery technologies for a future smart grid that intelligently manages and distributes energy from a variety of sources.