MIT explores using EVs to give power back to the grid 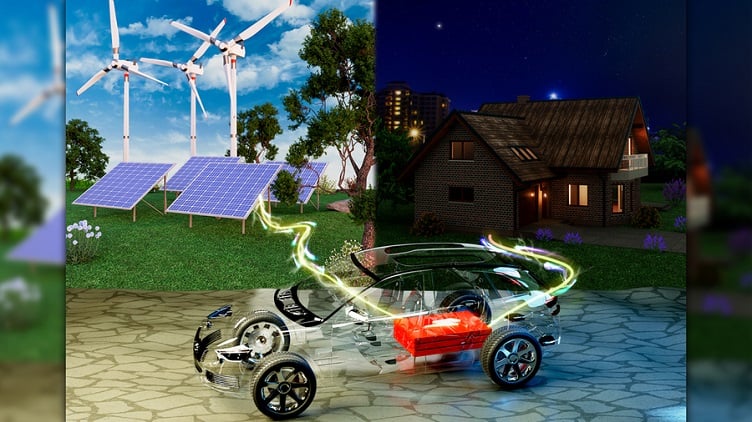 As the transition to electrification continues in the automotive sector, V2G technology will likely rise to boost renewable energy growth. Source: MIT

Today, electric vehicles (EVs) get electricity from the grid either at home or in public stations, but work is underway to allow drivers to plug in their cars and have the electricity reverse the flow and send energy back to the grid.

With EVs accelerating in demand due to the automotive transition to electrification as well as government mandates for reducing carbon emissions, a fleet of EVs will soon be on the road potentially creating a large-scale energy source.

PG&E has already started pilot projects for vehicle-to-grid (V2G) technology working with Ford Motor Company and General Motors on using their new electric pickups to power homes in times when the grid is overloaded or knocked out due to a natural disaster.

PG&E has also started the first V2G export rate for commercial public fleets where electric passenger vehicles could be used to interconnect to the electricity grid through bidirectional intelligent charging. Ford is also working on how to use its F-150 Lightning electric truck as a power source for workers in the field.

“At scale, vehicle-to-grid can boost renewable energy growth, displacing the need for stationary energy storage and decreasing reliance on firm [always-on] generators, such as natural gas, that are traditionally used to balance wind and solar intermittency,” said Jim Owens a doctoral student in the MIT Department of Chemical Engineering.

With numerous EVs coming to the road, an increased demand for energy will also be coming. That means finding equally green types of electricity generating sources.

Because solar and wind are intermittent, backup sources like lithium-ion batteries or large-scale, natural gas and hydrogen power plants may be needed, MIT said. EV batteries could be used at times of peak demand, such as hot summer days.

“V2G technology has the ability to inject electricity back into the system to cover these episodes, so we don’t need to install or invest in additional natural gas turbines,” Owens said. “The way that EVs and V2G can influence the future of our power systems is one of the most exciting and novel aspects of our study.”

Not a distant prospect

The vision of millions of EVs parked and plugged into the grid for 90% of their operating lives is proper motivation for using these vehicles as a storage facility for electricity.

MIT said this is not a distant prospect with startup companies currently testing software that would allow two-way communication between EVs and grid operators or other entities. With the correct algorithms, EVs could charge from and dispatch energy to the grid to a car owner’s needs, never depleting the battery or endangering a commute.

A varied schedule of EV drivers will allow for enough battery power available to cover spikes in electricity use over a 24-hour period. Other potential battery power sources could be available down the road as well such as electric school buses that are employed only for short stints during the day, then sit idle.

It may be hard to get consumers to buy into handing over access to a car’s battery to a utility or an aggregator working with power system operators. But with the right incentives, this may be an easier path, MIT said.

“People may not be willing to participate ’round the clock, but if we have blackout scenarios like in Texas last year, or hot-day congestion on transmission lines, maybe we can turn on these vehicles for 24 to 48 hours, sending energy back to the system,” Owens said. “If there’s a power outage and people wave a bunch of money at you, you might be willing to talk.”

MIT is also investigating the potential impact of heavy-duty EVs in decarbonizing the power system. Last-mile delivery trucks are likely to be early adopters of EVs and with regular scheduled routes during the day and then go back to the depot at night, makes them very useful for providing electricity to the power system.

The full research can be found in the journal Energy Advances.