Dubbed the Tesla K80, the device features a dual-GPU which Nvidia claims is the fastest accelerator targeted at this market in that it provides a 10X performance over competing accelerators. In addition to dual-GPUs, the Tesla K80 includes a CUDA parallel computing model and an ecosystem of software developers, software vendors and datacenter system OEMs, Nvidia said. 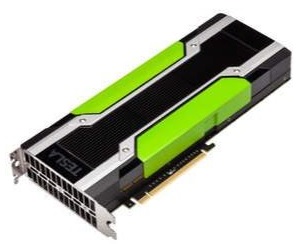 The Tesla K80 delivers up to 8.74 teraflops single-precision and up to 2.91 teraflops double-precision peak floating point performance allowing it to tackle such computational challenges such as astrophysics, genomics and quantum chemistry, Nvidia said. It is also optimized for advanced deep learning tasks, which Nvidia said is one of the fastest growing segments in the machine learning space.

The Tesla K80 is available now.

Nvidia Fires Back at Samsung’s Countersuit

Nvidia Revenues Up in Q3

Chips to Build the IoT On