Intel to Take Back Israeli Fab Leased to Micron

Intel Corp. will take back an Israeli fab it had leased to Micron Technology Inc. and will hire its 800 employees, according to an Intel spokesperson. The fab will continue manufacturing NOR flash for Micronfor a "period of time," the spokesperson said.

The manufacturing facility, located in city of Kiryat Gat, was set to close in two years. But it abuts Intel's newest fab in Israel, Fab 28, which makes 22-nm Ivy Bridge processors. "It made sense for us to take it back from a strategic point of view," the spokesperson said.

Intel wouldn't comment on what it would use the Micron fab for long-term. A Reuters report last summer indicated that it was in discussion with the Israeli government to invest $10 billion to build a new plant there and upgrade Fab 28. Intel Israel executives said in February they would like to see 10-nm production in Israel.

Intel investments in Israel totaled $1.1 billion in 2012 and $10.5 billion in the last decade. Intel also received $1.3 billion in government grants.

Intel is the largest private employer in Israel, contributing more than $4.1 billion to its economy over the last five years. The company reported earlier this year that it had increased its Israeli workforce last year by 10 percent to more than 8,500 employees. 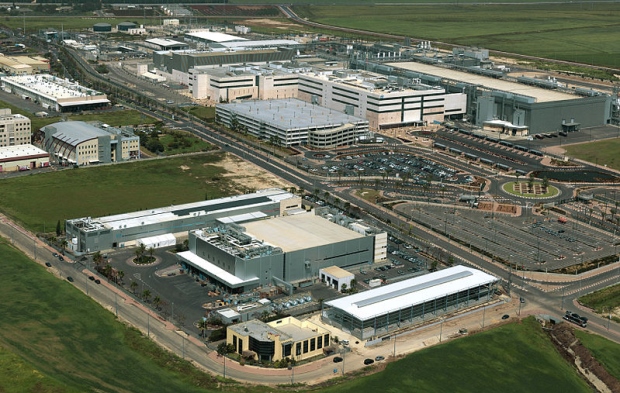